It’s officially Watty season, and as to not procrastinate I decided to write my 750 word summary and begin shipping it out for feedback. Comments would be appreciated, and I was thinking that if other people had their summaries ready as well, we could all share and give feedback on each other’s.

I’m going to whip out (or is it nae-nae out?) more of my hip slang if I don’t receive ten professional critiques within the next hour. You have been warned.

I have no idea how to write a blurb or synopsis, so I always have to consult online articles. (♯^.^♯) 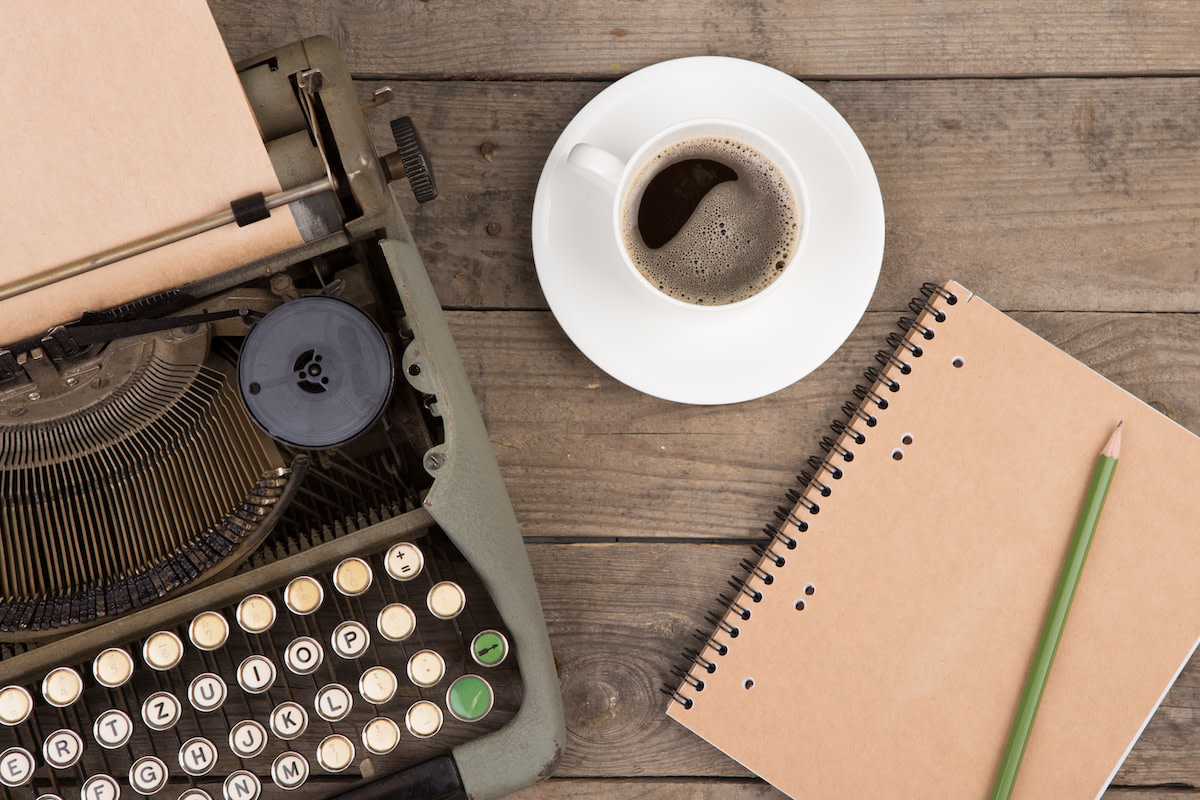 One of the hardest things you’ll have to do as a writer is synopsize your novel. Whether you’re exploring story ideas, preparing for a reading, or querying literary agents, familiarizing yourself with synopsis examples can make the process a lot...

I’ll bite. Here’s the same thing, trimmed down 698 words and giving you some room to include a brief character description of Frank & Juliet. Feel free to take or leave, no hard feelings.

Put in an intro statement: something like ‘This young adult fiction [or whatever genre] story follows the coming-of-age [whatever subgenre], high school journey of Frank, …’ then describe his character briefly. You do a good job summarizing the events of the story but lead in with who Frank is and what kind of story.

Frank spends most of his freshman year at Heller High School doing minor good deeds, finding loopholes to avoid work, and wryly observing the foibles of his peers and teachers. When a friend tries to convince him that nothing can make their high school more humanistic, Frank takes that as a dare. An opportunity to win the argument strikes when his friend Juliet suggests he is so wise that he should mentor all his classmates.

Frank’s first instinct is to write a satirical manifesto, highlighting what would improve his classmates over their current, self-absorbed states. When his manifesto catches on, its satirical intent largely ignored, Frank establishes a club based on its principles.

The club begins sophomore year, where Frank’s draconian curriculum tests his peers’ limits of how willing they are to improve. Frank finds breaking his falsely projected character and maintaining his original charitable intent increasingly more difficult. Despite its cultish characteristics, the club proves remarkably capable at teaching students academic skills and philosophy. Frank finds its principles integrating into many of his friends’ social lives.

At the end of sophomore year, Frank runs for student council [position?] to expand his influence. Delivering a gloating, bombastic speech, complete with air guitar, he wins by virtue of being the only candidate. Juliet earns a promotion to club secretary. Frank appraises her devotion, gullibility, and academic prowess as advantageous for the club, choosing to not tell her his original satirical intent.

Over the summer, Frank stumbles into her and her friends at an impromptu birthday celebration. He casually promotes her to vice president, seeing this as an opportunity to buy her eternal complicity with an empty gesture.

Frank’s new initiative as class secretary is to, with the help of his club co-conspirators and the school administration, tackle a vaping epidemic by selling students expensive placebos, having a convenient secondary motivation of lining the club’s pockets. Frank’s peers become aghast at the club’s placebo debacle when the truth comes out, but Frank is too distracted by his success to care.

Frank and Juliet form a proper friendship, increasing their time spent together. He chooses to run for school president with her as his running mate to ensure his club’s ideological dominance. Juliet’s friends think she’s too trusting of Frank and she’s abandoning them in favor of what his club promises. She discusses this with Frank. He insists that she not put the club above her existing friendships, but she still chooses to align with him.

The administration gladly lets Frank and his cronies take control over school policy senior year, making club principles school policy. This demands a celebratory lunch with Juliet, the only other invested councilmember, where Frank realizes that she is romantically interested in him. This disproves his belief that she and his classmates truly wish to improve themselves without ulterior motivation; Frank vows to play dumb, not wishing to concede defeat.

Implementing club principles school-wide, including a new caste system derived from Brave New World, proves an unpopular move. While student protests are no threat to his administration’s stability, they reveal how much Frank sacrifices his popularity and goodwill to make his vision a reality. He is forced to confront his cronies’ abuse of their authority, ranging from verbally abusing their underlings to using the security cameras to spy on people, all while he insists that his campaign serves a higher purpose and needs more time to come to fruition.

Feeling guilty, Frank confesses to Juliet his original intent for the club. Despite talking valiantly about the power of satire to critique society, she is unbothered by his deception; she is happy to “be evil” and unwavering in her devotion.

Frank marshals his club resources to throw an extravaganza of a senior prom, hoping to make amends with his classmates and prove some good could come out of the mess he made. While successful in pleasing his classmates, Frank remains unconvinced he’s given himself the proper high school experience. At graduation, Frank delivers an impassioned speech, exhorting everyone to move on and seek brighter futures away from Heller. He leaves in a relationship with Juliet, despite his lingering fear she is even more immoral than he is.

Thanks for the wordsmithing suggestions. Those aside, was there anything that stood out (e.g. with reference to plot or character development)? Anything about the story itself you think needs to be changed or clarified?

The plotline events flowed easily. I would not add anything more. That stood out as the strongest part.

You don’t explicitly mention character development. It’s inferred through the plotline events and I’m left guessing. I’m not entirely sure what Frank’s motivations, growth, or recession, is by the end. The events leading up to it read up/down going off his described decisions and actions. Is he a ‘learned my lesson, now I can do good’ hero I want to root for, or a villain I’m happy who gets what he deserves? I don’t know.

And, as I mentioned above, I would mention more of Frank and Juliet’s characters setup as a lead-in to the story. And I assumed the ending was a twist, so say that?

Self-bump with a revised version:

Great, but can you cut it down even further?

I had 500 words before they increased the max, and I think this is a far more effective summary than what I started with. If I’m given the extra word count there’s no reason to not use it.

I just ask in case there’s any extraneous details.

Did any stand out to you as you read it?

That summer, the administration gladly bequeaths control over school policy to Frank and his cronies, who make club principles rule of law.

A bump with some more wordsmithing done for @J.L.O or anyone else:

Ok, I tend to look at summaries with a “business English” bent.

And really the big thing I’m seeing is the avoidance of adjectives that don’t truly quantify anything. It’s not as big a deal if your writing is under-count, but if you had to take out something you thought was important to fit in not-expressly-useful words, that can become an issue.

Good deeds are inherently assumed to be minor, from a highschooler. Charity works better with minor because charity tends to be seen as an "official good deed* that would need a modification. It’s not that it doesn’t serve a purpose, otherwise you wouldn’t have put it, but it can be simplified without changing your overall writing style.

But I will say I saw very few places where there wasn’t merit-of-use, especially for your style, this one read-through.

Technically speaking, I need more words, not fewer. I’d also quibble with your example slightly, in that there’s a specificity given. For all we know, he’s curing cancer (implausible, yes, but Wattpad protagonists have certainly done worse and an outside reader doesn’t know what I consider realistic), but now the ambiguity is reduced here and we know it can’t be that important whatever he’s doing.

Wordsmithing aside, was there anything content-wise that came to mind? Character-wise, plot-wise, “you need to go back and do a developmental edit ASAP”-wise, anything at all? Obviously wordsmithing is important, but I can’t imagine anyone reading this is prioritizing that over “are these characters that we can stick on promotional art,” if you get what I mean.

I’m just used to these things having everything that gives character to the story sucked out of the summary. You don’t have that going on.

Only thing, second read, is a question of exactly when Juliet friends question her and when she brings it to Frank’s attention. I mean, contextually (placement), it’s fairly clear, it’s just not spelled out that they are objecting due to the change in their time spent together. I had to sit and think for a second…but then that comes with over-thinking things (the huge grain of salt) that comes from analyzing writing. You know, like dumb mistakes on an SAT/ACT?

So, if you need more, perhaps look at thing as if contextual reading is an issue to figuring out the timing?

But as far as understanding the motives/general placement of main characters, I don’t see anything that is off-putting.

Perfect, TYSM. I guess I’ll leave this up and see if anyone else stumbles in with their own comments or issues.