Most manga sites are glitchy iffy full of ads. It’s a mess, lol. 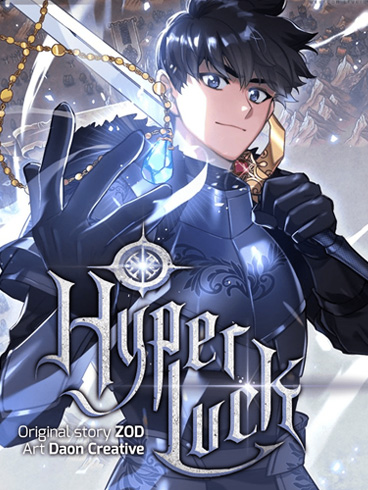 The luck that was missing from my life, came all at once before quitting the game. Lee Ki-Ho, who tried to turn his life around in the world’s first virtual reality game -1, claimed the rare item not one in 4 billion players ever came across! “He...

This one is a ranker game that becomes too real, and for once it’s a rather wholesome shift for the MC.

OMG I was just thinking about asking about manga recommendations, and here’s a whole thread!

There’s so many, I have no idea what to start with. I’ve been trying to find a good romance or romance/comedy to read. I tried this one called “Sweat & Soap” and I… did not like it. There was some concerning messaging in the first two chapters.

I enjoyed it. Sad it never made it to English translation or I would’ve bought it.

I’ve also got a soft spot for delinquents/yakuza characters in manga/anime. I’ve been collecting, “The way of the househusband,” as a result.

A lot of them have milder issues, made it here easily.

I consider post 15 wholesome. Another Typical Fantasy Romance Novel
Post 20: My Husband Hides His Beauty
28: Villainess Maker is awesome from a writer’s standpoint.
46: The 99th Bride of the Duke
48: I Became the Wife of the Male Lead
50: Under the Oak Tree

All of these are within range of your preference, from the first 50 posts.

One I don’t think I posted that you may like is: The reason I didn’t is that the story is broken up by tea obsession…which I think is part of the joke against mangas, and there’s not a ton of drama between the couple. So it’s not a bad read, but the excitement level may be an issue for some.

Ooh nice! I’ll def check them out! Thanks!

After that, the range of tolerance can be better gauged, at least for me. Lol 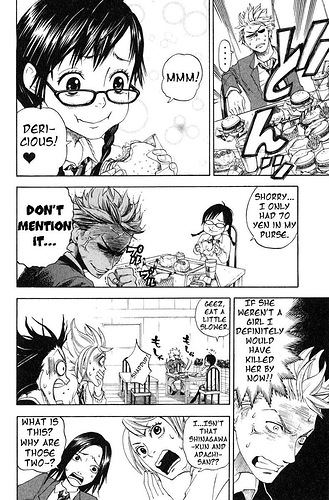 Yeah, I love when she invites him to lunch–her treat!–only she doesn’t have any money, so he has to pay for it all. ☜(ˆ▿ˆc)

Manga has an overabundance of psycho killer love stories. They fit the Bonnie and Clyde / Joker and Harley niche in our psyche. If done right, there’s a strong belief in a man will soften for a woman crazy enough to fit all his needs, no matter how insane he is.

Some of the funniest ones fit this style. It’s just harder on people who are always worried about anything close to red flags. 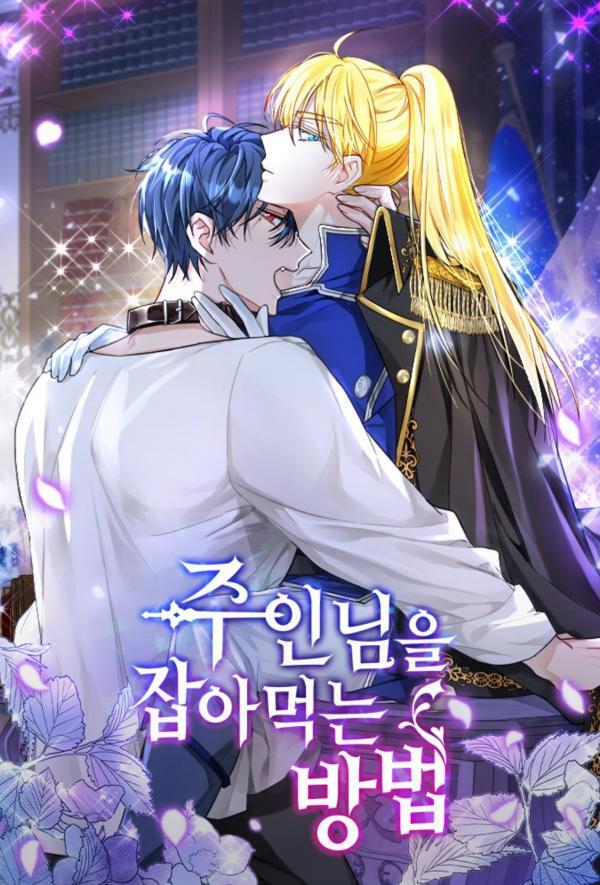 How to Prey on the Master • Manhwa City

El Louise Therese was the most outstanding knight of the Raun Empire. At a party, she witnessed the affair of her fiance and called off their engagement. El, who’s in deep sorrow due to the shock, lost consciousness and collapsed. And the next...

Speaking of psycho killer romances, I think that is where this one is going, but it’s early. The MC and ML were likely both reincarnated, but there’s no confirmations, yet. ML seems to remember their relationship while she doesn’t, so it’s a very uncomfortable relationship, at this point. 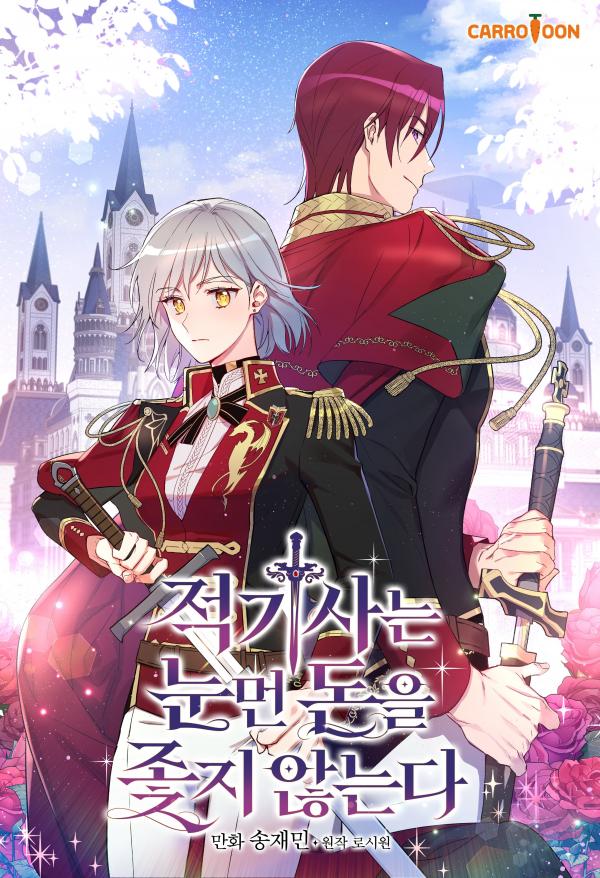 A Red Knight Does Not Blindly Follow Money • Manhwa City

The Imperial Knight Judith was once a scumbag that would do anything for money. She lived as a slave to money as a dog of the imperial family and a tool of the chief. Under the guise of destitution, she abandoned her guilt. But what was at the end...

The MC and ML are bumbling: which is great because someone one gets it for once: 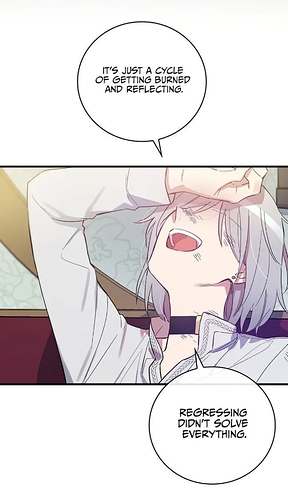 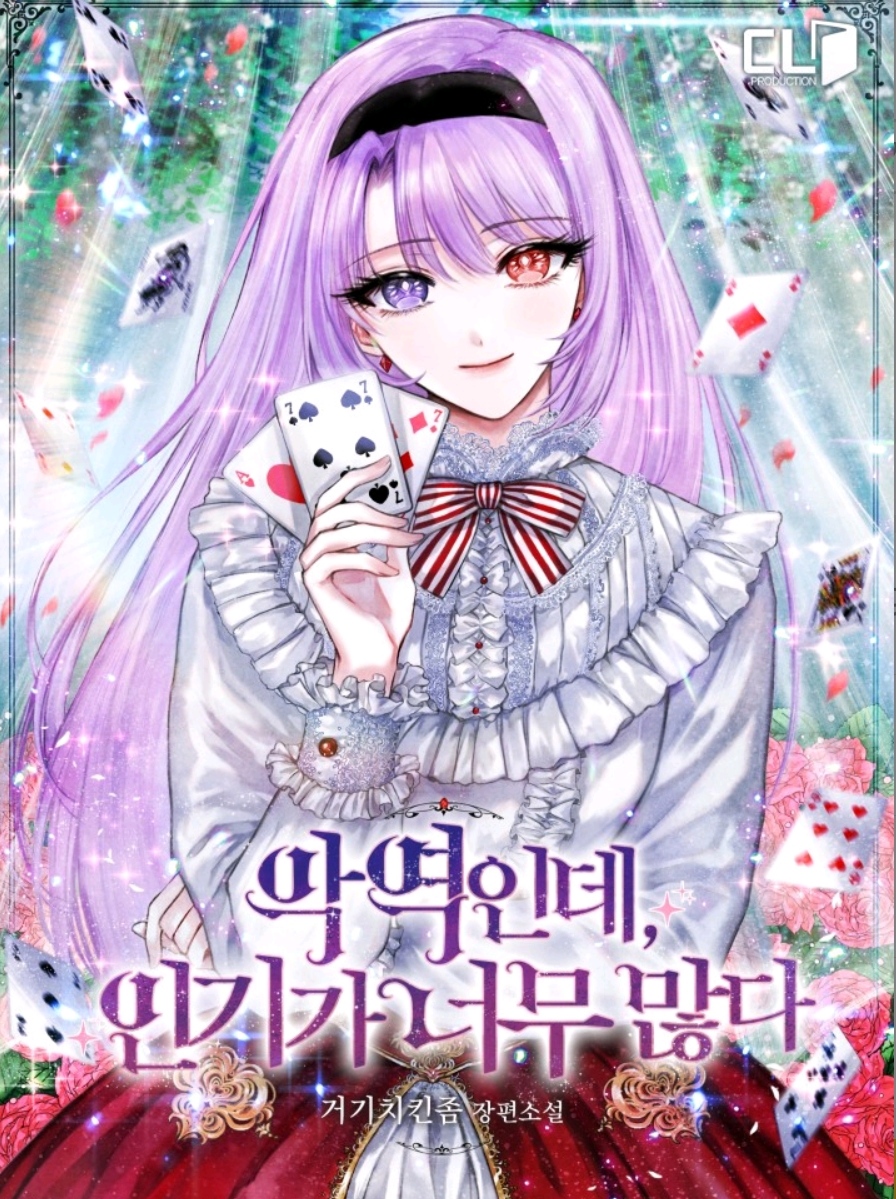 I possessed an extra character who is a villainess in a novel. I tried to live a quiet life without getting involved with the main character. “If you run away again, I’ll tie you up and take you to the palace.” The second prince, who only looked at...

I guess the style of Isekai is reverse harem?

But, the clearly different relationships the MC has with the 2 MLs and 1FL is very different from person to person. So, it’s not cookie cutter.

Yeeeessss! I wish they translated this manga to English so I could buy them all! 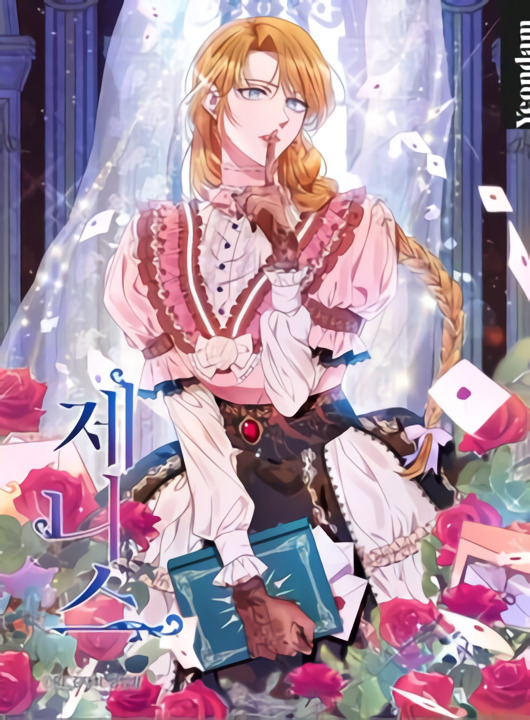 Top Agent Janice, abandoned by the organization, I thought I would finally die peacefully Became the Count’s beloved daughter! Life is pain, all that remains is betrayal. Filled with human distrust, she enters the battlefield of the social world,...

This one is the typical setting for one that turns to romance with a ML that requires a very cunning MC to handle, but it’s not introduced such a man yet, leaving the intelligent Isekai/reincarnation of 16 to play detective and political mover in “High Society”. 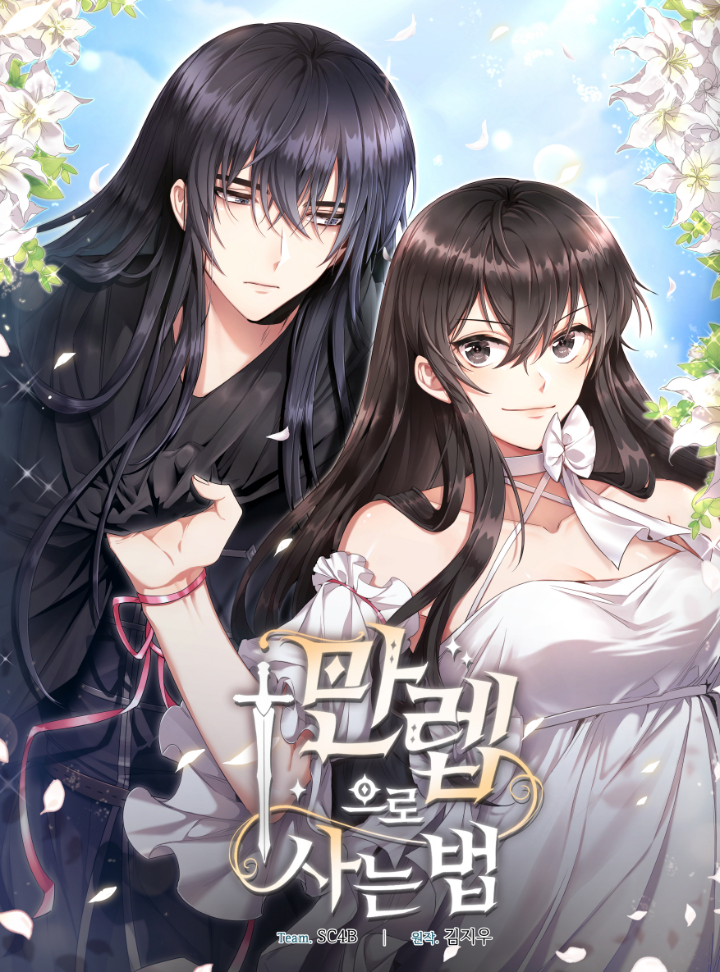 How to Live at the Max Level • Manhwa City

Even a graze from her is a Critical Hit! The tormented goddess who can’t land a weak hit has descended! A stress-free fantasy adventure romance between a girl who fell into a world inside a game and a mysterious and virtuous man! She was summoned to...

This one is closer to the “God reincarnating as his weaker self with the knowledge to quickly level up and put everyone in their place, those mere ants”.

Definitely a well-versed dungeon-crawler. She honking beats up annarchangel in the dimension she Isekaied into. But it lacks the cultural and gender issues I find in this genre: as in, the conflicts that trigger her make sense, instead of coming across as a testosterone laden power move combined with a very cultural reaction of letting people dig their own graves instead of clearing up confusion immediately. Not that those bother me, but it makes it harder to recommend them, especially when the MC has mysogenistic overtones. Only read up to 12 chapters with this one, so far, so it can take a nose dive, but I suspect this is just a better rounded story. 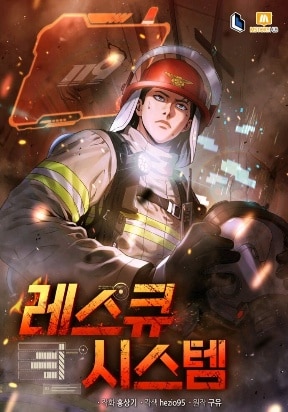 Kim Soohyuk, a veteran rescuer in Shinil-seo was crushed and killed during a rescue operation in a collapsing building. Soohyuk, who thought he was dead, opened his eyes in an incident 10 years ago. [Save Everyone] He was able to save two people that...

It’s a regression fireman level-up. Very clean cut, can’t think of one thing to complain about that would be worth complaining about. 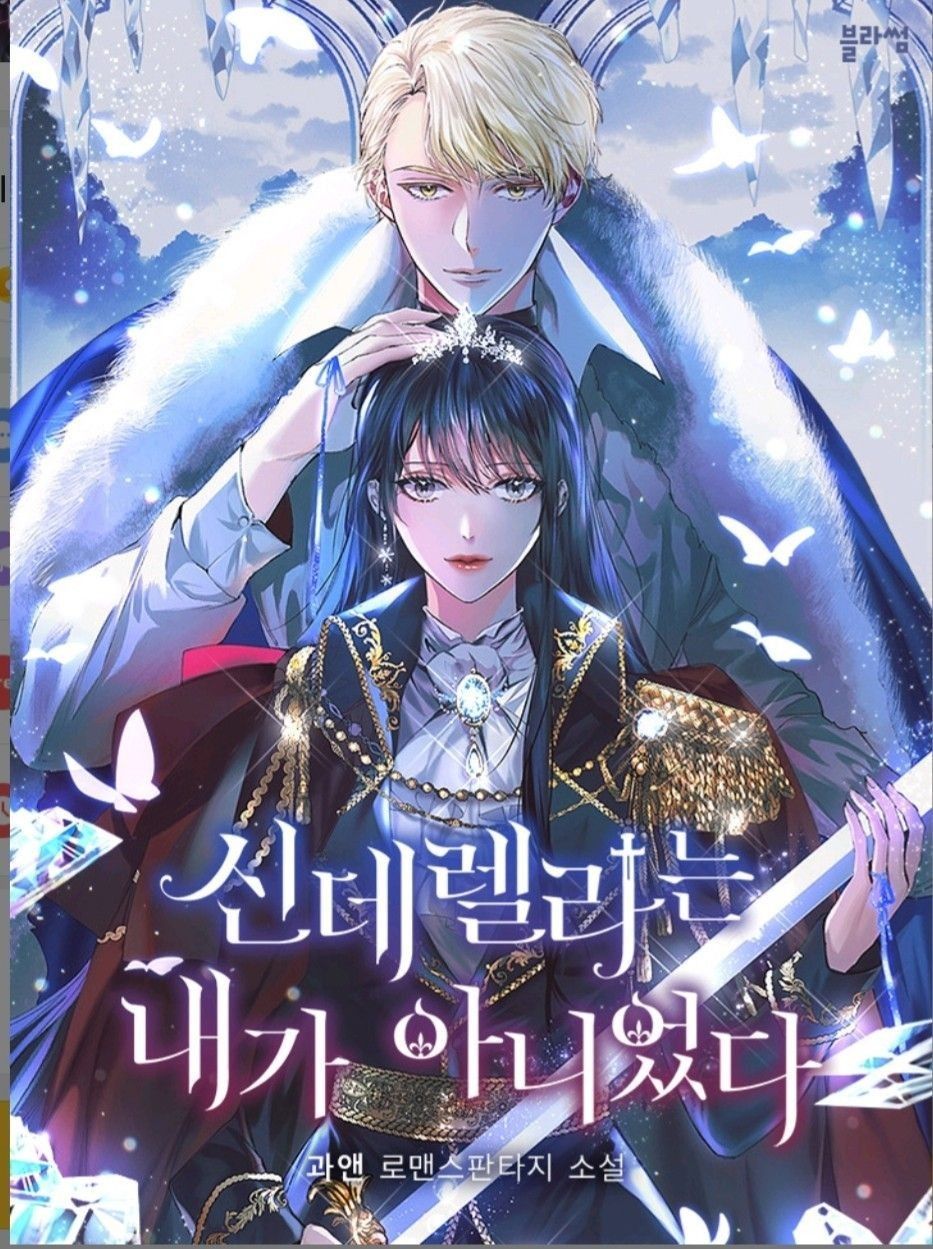 People called Terryl ‘Cinderella.’ It was meant to be a charming nickname for her, who was a mere Baron’s daughter before falling in love with the second son of a Marquis. However one day, he abruptly bid adieu, leaving Terryl wounded by her lover’s...

This one, once you get past the very faintly mangled English in a couple spots, is really aiming to be a bit more intelligent. That and some of the MC’s looks are RBF. Strong MC and ML.

I’ve only checked out the first chapter so far, but this one looks good. I’ll read it later when I have more time. What’s RBF mean?

Resting bitch face. The MC makes some sardonic looks in places where you’d expect romance all of a sudden. It fits the story, so it’s not wholly out of place. Marriage is not on her agenda! When a two-time mixed martial arts champion dies and wakes up in the body of the petite Lady Grace Rambler ...

An Isekai of a gamer into a lazy lord’s body. He has an Analog of Albedo. Could be accused of hareming, but I don’t see it that way. First season is about the first 40 chapters?