Are there any actual GOOD alternatives to Wattpad that don’t revolve around teen fics, fan fics. fantasy, mafia romance, wolves and smut that are relatively popular and will give you decent feedback?

There’s Wacky’s writing site, but it’s user base is currently very small. The others revolve around some or the other above mentioned categories.

There’s Wacky’s writing site, but it’s user base is currently very small. The others revolve around some or the other above mentioned categories.

I guess I could wait a bit until it gains more traction. It doesn’t seem bad at all, but I think that it will get there eventually. I’ve checked it out before.

Yeah, I love the interface! It’s just that there aren’t enough people around just yet.

Yeah, I love the interface! It’s just that there aren’t enough people around just yet.

when enough people come, advertising it as an alternative to WP might just work.

You’re expressing a frustration I share… heh… My writing doesn’t follow the favored formula most of the popular fiction on Wattpad uses.

And I agree with the rest: the Interface on Wacky is great, but the user base is small and rather quiet. (A friend once stated that Wattpad is for readers and Wacky is for writers.) I hope it changes, because Wattpad doesn’t seem to have much of an audience for non-rom stories. (I write post apoc, sci-fi, & urban fantasy… and my currently updating story doesn’t have a romantic interest at all…)

There’s this joke that runs on and on about how many miles a guy rides a donkey for before the donkey complains, and the guy responds “Patience, ass, patience.”

The whole point of the joke is to be a bit copypasta and get the listener to finally go, “Could you get to the point?!”

So you can respond, “Patience, ass, patience.”

It’s meant to pull you around by the nose.

In all honesty, that’s how most writing sites are. Remember, you are a product that they are giving away as a costless bonus, not even being bought or sold. Anyone who thinks they are going to be treated well by a site that knows you as a throwaway product that they can’t outright call a throwaway product is a donkey being ridden beyond his patience.

The reason why it works well, here, so far, is because we are still the product instead of the cheap chaffe. You call that a passion product (because there’s not much money if any being made yet), and I honestly expect that to be impossible to find.

It’s why people focus on how to “beat the system”.

The reason Wattpad’s so successful is because there really aren’t any alternatives that have as many active users. Sadly, all those active users have no interest in what most of us write. Maybe it’s time to start thinking about selling your work instead of giving it away for free? It’s a lot more work, but there are better rewards–like money, popularity, fame, movie deals, etc.–none of which you’re going to get at Wattpad. Thing is you have to do smart promotion to find your audience in the real world, but you’d have to do that with Wattpad too.

There are lots of blogs and YouTube videos out there to help you sell books. You could start here: 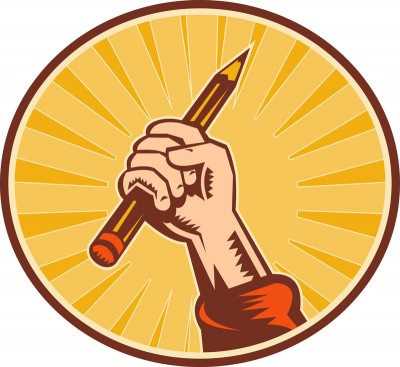 Not exactly an alternative but if you want feedback, Scribophile. It’s more for older, seasoned writers, with solid forums that can help you get publishing tips and a lot of other stuff.

Maybe it’s time to start thinking about selling your work instead of giving it away for free? It’s a lot more work, but there are better rewards–like money, popularity, fame, movie deals, etc.–none of which you’re going to get at Wattpad.

I really am going to self-publish because I don’t like the publishing industry and most of the smarmy standards, and the people who are “authors” and what they write. Most of them have been conditioned to follow those standards, or write something that falls in line with those standards.

But most of those standards are archaic and broken, and not what people want anymore. Most people want a good story that’s relatable but different at the same time. Something that’s not a boring high fantasy novel, or a teeny bopper teen fic.

I don’t really care about popularity, fame, or movie deals. I want to write things on my own terms and find my own market. I want people to actually appreciate fiction, instead of just buying my book, looking at it once, and throwing it back in the pile. I want it to be an experience, and not just: oh another novel, better speed read and review it scenario, as a lot of fiction, is these days.

The only reason I am using Wattpad and want to use it is to build up a fanbase without touching Twitter. I don’t want to go near that place. It’s a cesspool of toxic groupthink. And wokeism. TikTok is okay, but it’s hard to get a consistent viewership. Instagram is all visual. You need some good visuals for that.

Thing is you have to do smart promotion to find your audience in the real world, but you’d have to do that with Wattpad too.

Yeah, I agree but the thing with Wattpad is that you can use it to test the waters with ideas. And get some sort of feedback, but I guess you can do that with Scribophile as well like what @CoffeebyNight mentioned above. It’s a catch-22, you have to do it in both places anyway, like what you said.

No matter where you go, you’re gonna have to work at it and stay persistent. Hope for the best, and expect the worst.

There are lots of blogs and YouTube videos out there to help you sell books.

Yeah, I know that but isn’t it better to work and find a niche first? Find people that are prepared to invest in your world, and take time with it. A fanbase that are excited for your release, and will buy it anyway?

Yup, that’s what comp titles are for. “If you liked Having a Baby With the Serial Killing Mafia CEO Billionaire Werewolf Who’s Secretly a Prince, then you’ll love my book!” That sorta thing. You tap into an audience that’s already there and win them over to your book. I’m not totally sure how to do that yet, but I’m saving videos and blog posts to look at once I have a good body of work to capitalize on. It seems to me it’s not really worth it to work so hard selling a book until you’ve got some back titles already published, so when your new audience finally arrives they’ll have more than one book to buy if they really do love your work. Like when Colleen Hoover went viral on TikTok everyone started buying all her old books too, and she became a zillionaire overnight. ¯\_(ﭢ)_/¯

Penana is half decent, better if you know Manadarin since that’s 70% of the userbase. it’s really small so it’s easy to rank if you want to feel good about yourself with low effort

. I like the tools they have but yeah, very small.