Are Pterosaurs Scary, and Why?

I wanted to write a story where pterosaurs are dragons but I never knew how much people think they are scary.

Are you scared of them? Tell me why.

Part of the reason why there is a current fear is because not everyone thinks they are extinct. We easily accept alligators being as old as dinosaurs, but NOOOOOO, everything else HAS to be dead.

There is a “large bird” that “flies” out in front of storm cells and fronts: visible to the naked eye in basic shape, that high up in a storm front. My brother used to work offshore and has seen that thing personally. That high up, it’s bigger than an eagle.

So, it’s not just recent claims out of Africa, although you’ll find a lot more on that out there.

Me personally, if Gators and Colecanths still exist, we don’t know shit, and can only go with, “we’ve had no credible sightings”.

It means that people who are considered credible don’t live where they attack. All the African tales have them attacking humans and being maybe the size of a fruit bat. And like the pic shows in the civil war clothes, in the west, we would have hunted them with gun as we expanded into their territory, if and when they lived.

But for a reference as to how dangerous they are, look at the range and population of the mountain lion vs. number of attacks. They aren’t that endangered and they get into heavily populated areas, and it’s VERY rare, and them suckers are damned dangerous. I wouldn’t trust most house cats if they were the same size.

I didn’t know people thought they were still alive, or that extinct things are scary. Although thinking about it now, if I saw a prehistoric dragonfly half a meter long, it would scare the pants off me even if it didn’t attack me or anything. We’re just not used to seeing stuff like that. If you want to write a book about them, that would be awesome! I can’t think of any other books featuring dinosaurs lately that aren’t silly, stupid billionaire ceo dinosaurs, so yeah, do it!

On another note I live in Florida, so alligators aren’t scary to me. Jehovah’s witnesses are. (>‿◠) 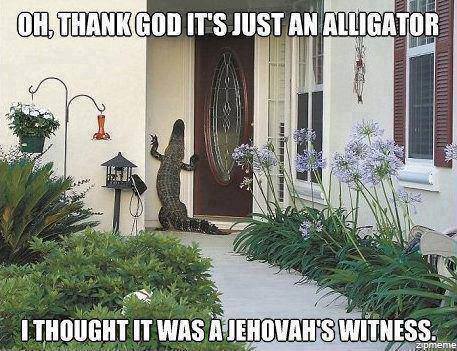 I think that if pterosaurs are still around, they need to be applauded for sticking around for such a long time!

I assume you wouldn’t want any of these reptiles as pets, though.

I think a corporate drama with dinosaurs would be hilarious, though.

It could be, if someone competent wrote it. The dinosaur books I’ve seen lately…um, weren’t. (>▂<)

People do well with gators as pets. They are hella dangerous, but knowing them helps a lot with creating a relationship.

Personally, I don’t mess with bats because they are disease carriers (severely), not because they would make bad pets…so Pterosaurs, if they vary as much as bats, wouldn’t phase me over becoming a pet. I’d just see them as high risk.

Fair point, but if I was a kid, I’d certainly want one as a pet, or at least look after one for a while.

But I noticed something a long time ago that kind of coincides with human behavior in a funny way. There seems to be only one God-given command to animals in Genesis (which is a collection of stories that has root in pre-Babylonian captivity, so it’s the most archaic Hebrew to exist, and some words don’t translate well)…

But anyway, one command: their life is forefit if they hunt man.
Genesis 9:1-6

And that’s kind of got a natural reaction: one animal becomes a manhunter and minkind plain wipes them out. Sometimes we do it with discernment, only going for the 1 culprit, and other times we’ve killed the entire species without much compassion. A decent chunk of species I expect to be gone because we’re (while not the strongest) are the apex predator.

So, if Pterosaurses were still alive in the age of guns and actively hunted men, then I fully expect man, the monster, to fully wipe them out for daring to “challenge our superiority”.

Hell, we wipe out lighting bugs because we’re annoyed by mosquitoes. We don’t play around. No wonder we think we’re right all the time.

Why?
I live in Australia.

Ah that explains it.

Some of them have wingspans of 25 meters, though, if that moves you closer to fear.

I wonder what kind of radar signature they would have. The winged dinosaurs would give the military more variety for their target practice.

Oh, Israel’s Python-5 missile can detect and track both the heat and visual silhouette of a target. So a few SPYDER systems (or Iron Dome batteries) should keep the neighbourhood safe from swooping relics. Or we could go with a C-RAM battery, if we don’t mind deafening the neighbourhood (rotary cannons are loud).

The big ones liked to eat small mammals so if you have any pets, be careful.

The Emus make up for it.

They can’t eat your puppies, though

All I see is giant pelicans 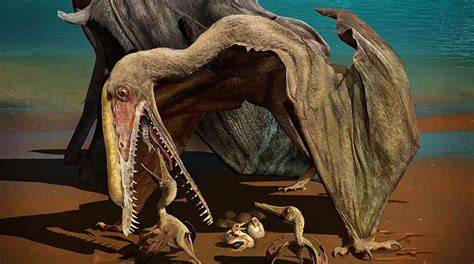 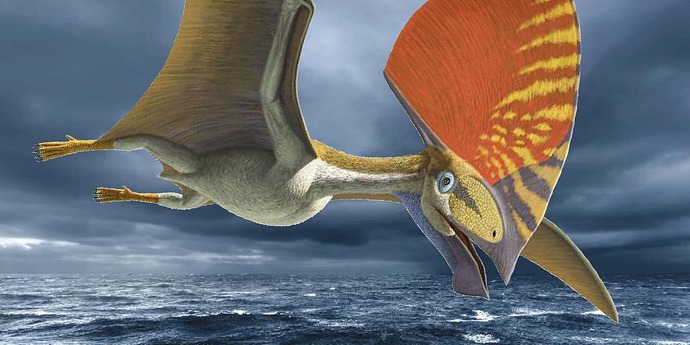 If you want some different kinds of pteros to look at

They can dropkick them. Does no good to worry about them being eaten or not when they have big claws that can take open flesh like the raptors in the Jurassic Park movies.

And some bone studies show that those dinos may as well have been Emus in the first place, so it’s one big meh. Lmao