Question: Does the age you feel/think differ from your actual age?

For example, you can be seventeen years old, but think and feel like a six-year-old. Though it varies from person to person, but sometimes our mental/spiritual age differ from our physical/birth age.

You don’t have to reveal your actual age if you don’t want to. I just want to know your mental/spiritual age and why you feel that way. 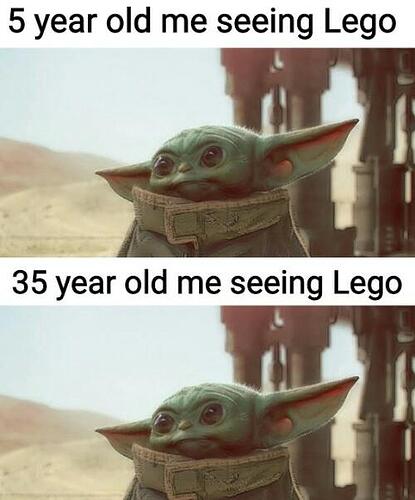 I think physical and mental age can vary depending on diet, health and community. Stomach and brain are interconnected (and your stomach has more neurons than your brain…gut instincts should never be ignored), so a good diet = high energy, good gut / brain chemistry and rejuvenated DNA (bad diets accelerate genetic and mental aging).

General fitness and health is also important to foster the feeling of youthfulness. The human mind and body are not designed to be sedentary (and it’s quite difficult to beat the dopamine rush of a good workout session, or finishing a good book). Self-directed / motivated learning is weight training for the brain.

And I once heard that people tend to reflect their group (you are the sum of the people around you), and if you want a high-energy positive outlook / lifestyle you should find groups like that.

And, yeah, the above has been my experience…and a major reason why I want to start travelling again…

When you lose the ability to think like a child, you stop living. ~A quote I found (decades ago) on Brett Whiteley’s studio wall.

France is a blessed country, we have naïve architecture. ~ A French President’s quote about Ferdinand Cheval’s mud palace.

Oh, one good example of never being too old for something. The Israeli ace Giora Epstein flew fighter jets for most of his adult life, and he was still a qualified / active F-16 pilot when he retired at 59.

Does the age you feel/think differ from your actual age?

You’re a December baby too???

You’re a December baby too???

Thank you so much! Happy almost birthday to you as well, fellow December baby!

Thank you so much! Happy almost birthday to you as well, fellow December baby!

Gonna do anything nice?

I got things I need to take care of so unfortunately no. I went out today with my mother and my aunt for lunch.

I will be home tackling important things like phone calls to places that can greatly help with my mental disorder.

Other than that, I am going to be insanely bored.

What are you planning on doing for your birthday?

I got things I need to take care of so unfortunately no. I went out today with my mother and my aunt for lunch.

Did you have a good time with them at least?

I will be home tackling important things like phone calls to places that can greatly help with my mental disorder.

I hope you get help

Other than that, I am going to be insanely bored.

I was so bored earlier that I feel asleep and had a weird dream, lol that I was in a random rapper’s house and these men appeared out on nowhere and were chasing me around the place.

What are you planning on doing for your birthday?

Going out with my Mom and shopping/eating a meal

Did you have a good time with them at least?

I hope you get help

I was so bored earlier that I feel asleep and had a weird dream, lol that I was in a random rapper’s house and these men appeared out on nowhere and were chasing me around the place.

Going out with my Mom and shopping/eating a meal

My dreams are so random lol.

I still feel the same way I did when I was a teen even though I’m much older than that now. Thankfully I know a hell of a lot more now than I did back then. ☜(ˆ▿ˆc)

A part of this may just come from the fact that I haven’t had a lot of major experience changes to make me feel older like literally living on my own, paying bills like rent, or being married or having kids. Like, within the last three years, my life has changed in a somewhat drastic way. I moved out of the parents’ place and moved in with my oldest sister back at the end of 2019, though it wasn’t that bad living with my parents as an adult because they didn’t care what I did or didn’t have strict rules like that. They preferred me living with them because they knew it wasn’t possible for me to move out on my own considering how high the price of living is. I also got my first debit card in 2019, my first credit card last year (and I’ve added an extra two since then lol), my first driver’s license last year, my first real job this year, etc. And I’ve done a few things on my own that I otherwise wouldn’t have before like going to the doctors office on my own (always needed mommy because anxiety and introversion).

The thing with me, though, is that I’ve alwaysi been mature for my age, even as a kid I was pretty mature. Sure, I hadn’t done certain things or needed mommy there to talk to the doctor for me, but besides that, I always seemed to be nearly the oldest or wisest person of my age group. But I feel and think of myself so young not only because of those lacking experiences, but also probably because I miss being younger. I hate the thought of getting older because the time goes by too quickly. I mean, how is it even almost 2023? Yesterday, it was 2012 and I was rocking out to music on the school bus, heading to high school, ignoring the loud and obnoxious kids around me.

My little sister is turning 17 next year, and she looks like she’s still 10 for heavens sakes, and it’s just wild to me that she has two years until she’s eighteen and graduated high school.

WHERE IS THE TIME GOING? 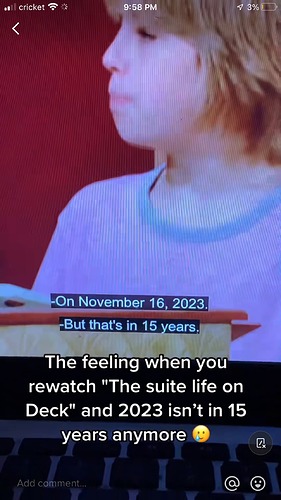 It’s all relative. If I’m around kids that make me feel old, I swear I’m 80. I can feel like a new kid around an 80 year old, and there could easily be a 20 year gap between me and someone I’m comfortable talking to.

I’m a legal adult but I feel like a 5 year old who is able to watch R-rated movies most of the time.

I tell people I’ve stopped at 16 in my noggin

That’s what I think anyway.

That is an interesting thing to say. LOL!

Tbh it’s because of the expectations and the pressures that come with the concept of age as a whole. Don’t get me wrong, age is a real thing — your brain development is very real and is very different from ages like six compared to ages like seventeen, even thirteen and sixteen are very different development wise. But there’s the scientific concept of age and then the societal concept of age, and one of them is based purely on opinion. I think we can all figure out which one that is LMAO

I turned 18 earlier this year and pretty much had a whole crisis around feeling like I suddenly had to move out, get a job, take on responsibilities that I’ve never had to take on before (mainly due to mental health issues and whatnot) and it was impacting me to a really wild point. I also was struggling with feeling like I was too immature for the people I hang out with (who are only a year older than me) and that I was someone people were never going to take seriously because no matter how hard I tried to “act my age”, I never… felt my age. Which sort of begs the question of what it even means to feel your age.

Now, personally, I have a bunch of opinions on the concept of being told to act your age or being told you have to feel a certain way by a certain age, and I think it’s very… non-inclusive of many different groups and communities in society and actually operates with the intention to make people feel bad and ashamed, as well as an excuse for some people to get away with some things, but I won’t get too heavily into that

Truthfully, the only important aspect of age is the science behind it and how you let that interact with you. Like, and this isn’t me accusing anyone of anything, I’m just using this as an example, people who feel younger than they are definitely shouldn’t try to hang out with people many, many years younger than them. Especially since, regardless of how alone we might feel, there’s always people out there, same age, or close enough to it, that feel the same way.

But yeah, the easiest way my friend explained it to me is age isn’t really a feeling. You can associate it with certain things and feel like you have to hit certain milestones by those points, but you’ll never actually feel a certain age. Just remember we’re always changing and always progressing, even when it doesn’t feel like we are. And when you’re stuck in a society that tells you certain ways you act don’t fit their idea of maturity, you’re bound to start ignoring the main ways you’ve progressed (mentally, emotionally) simply because people around you only acknowledge the ways they feel you haven’t.

I stopped associating my ‘immaturity’ with my childhood simply because you don’t naturally stumble upon emotional maturity, you don’t wake up one day and suddenly gain all the abilities society tells you that you need — you have to work towards it and start making conscious efforts to learn. Especially if you have a lot of trauma. And if your ‘immaturity’ comes from enjoying life and having fun, I think it’s more important to ask yourself why your joy matters that much to others when it’s not hurting anybody. Just be yourself, find ways to enjoy life that isn’t harming you and isn’t harming other people, and exist the way that best suits you and helps you find contentness in the world. We’re all just little creatures in a big universe trying to get through this unexpected little life, you know?

Oh, that’s… a lot longer than I meant to make it. Oops.

I told the guy at my most recent appointment that I didn’t get along with my parents and he asked if it was because I was a teenager just doing teenager things. Like, yes, yes sure.