I was watching a video by a book reviewer, and he talked about how he wished more modern writers took their fantasy more seriously, how too many books are low fantasy or gloss over the fantasy, how he misses seeing distinct fantasy races and cultures, how fantasy is no longer part of the plot, just a backdrop for a story that could very well happen anywhere.

He was talking in a big picture sense, there are exceptions of course, but as he reads a lot of newly written books, he sees trends that disappoint him.

And so here’s an observation.

I can point each of his complaints to various advices circling around the writing community. Each of his gripes can be traced to a writer trying to appease “what not to do” lists, convinced there’s no more room for the good old fashioned epics.

And I think it’s important to point out that there are still readers out there like this guy who likes those qualities in books, who wants epic fantasy to make a glorious come back.

I’m happy to have found his account. I needed this reminder.

If anyone wants some motivation to write their fantasy today 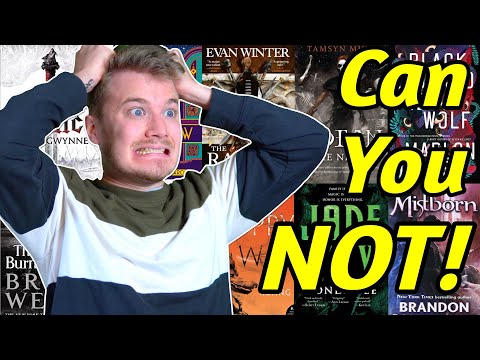 I’m trying an Urban Paranormal Romance for the Wattys, with an unlikely protagonist. I don’t mind High Fantasy, but I prefer Urban Fantasy. Not that there’s anything wrong with HF. It’s more to do with my own attention span mostly and the amount of time it takes to invest in the system and enjoy it.

Omg definitely!! There’s like an overabundance of “Fae” and I don’t really hear much about other races (kinda guilty for that too but it was younger me) but i love world building and glossing over things like that does not feel right. It kinda reminds me of some recent books I read that really irked me

The type of fantasy that I’m into is science-fantasy which is the best of both worlds.
However, having more epic/high fantasy that isn’t set in medieval Europe is crucial to me I suppose. Not enough fantasy fans are reading Overlord. We need to change this.

Don’t tempt me. This is where I started out at. Lmao

I saw something that made me laugh:

Writer is spending too much time on the front end of the story in little people’s lives and not enough in the epic end fight.

Should be a bad writer, right?

That’s the Hobbit. The main character wasn’t a fighter, he wanted his dang 2nd breakfast.

I get that. It’s easier to binge on low/urban fantasy or a noninventive one and binging readers lead to higher readership.

There’s no shame in reading or writing it.

It’s just sad that fewer writers are willing to take a chance and write something that likely won’t get the same level of readership but will be a more satisfying fantasy.

@TheMidnightAssassin
I don’t mind Fae. It’s quite fascinating how many different versions people come up with. It’s only annoying if it’s a very… reusable trope in a world that has nothing unique to offer.

@qualeshia3
Nothing weird about that. Everyone is tired of medieval Europe,

.
I love science-fantasy too (and am writing it).

@J.L.O
But why talk about it like it’s a bad thing?

Because overpretentious fanbases are full of young snots, and stuff has been stirred by:

That was a fun read.

My theory regarding lack of ambitious fantasy is that it just takes so much longer to write and get right! So by default there would be less of it but also:

We really can’t hold fantasy to the same standard as romance, for example.
I wish we could charge more for it too

Yeah, well if only more of these readers of ambitious fantasy would flood the gates of Wattpad, that’d be great, because I’ve been writing this stuff for a decade despite the website’s seemingly zero interest in the genre.

That is gorgeous artwork. I’m sold.

Your only hope for ambitious high fantasy may be light novels.

Nothing weird about that. Everyone is tired of medieval Europe,

.
I love science-fantasy too (and am writing it).

I hear that. I am so tired of it.
Really? that is great news ! We’re science-fantasy buddies!

Get this a epic/high medieval fantasy novel set in a fictional world heavily inspired by eastern Africa.
Oh my globs!

Well, treating fantasy more like it’s sci-fi helps: again, the angle I come in by.

Not that I’m 24/7 horribly cerebral, but I put some thinking into things…so they tend to be a bit more than “fluff”?

But it’s harder to write it.

I mean, I put out Mini Moo in less than 2 weeks. That’s almost 40K in 2 weeks. But it’s a farm girl and football boy, when I was raised both rural and inner city with a football father and quirky mom. I mean, I’m writing to a history I understand pretty well. Very easy to do when you keep the characters clean.

Writing a lizard-elf that is happy to be in a platonic relationships with someone she semi-impressed on, where reproduction takes on a wholly alien concept than humans are naturally inclined to (causes full-impression, primitivism clashing with abrupt sentience-raising, is a part of lucid dreaming, has them very concerned with blending into a greater network of sentient beings, thankfully is not the whole of their intimacy, causes a greater in-fighting between the sexes, etc.) vs a full-elf who views procreation as Noblesse Oblige (as in, if children are asked for, it’s obligation) while relationships are highly consensual all that mess without going full-on fetish?

I guess I never got the concept of alien species having too-human relationships. Their hardships shouldn’t be wholly relatable…but it can still touch in things we deal with, like the culture you’re raised in can mess with your views on relations.

Yeah, it’s definitely very sad to see. I’ve honestly been looking more into older fantasy since I know there’s a better chance the author took the chance to full on dive into the world.

I honestly want someone to release a nine book fantasy series that’s epic fantasy that’s more plot/ world heavy than character heavy. Like please explain every little detail about the world to the point where a reader could feel like they could go into the world and know exactly how everything works and not have to ask someone to explain things to them.

While also making the characters important enough that someone could fall in love with them.

That’s a tricky thing though because you can’t omit the character - you still need both.

Readers subconsciously attach themselves to a character and experience the world with them. You might remember a unique world or a cool story and not notice that the reason why you liked it is because of the character.

The successful writer will write a compelling character and an immersive world. It’s not an easy task to balance it.

I keep running into this issue. I like to dive deep into my character’s head but then I end up not having as much time to explain the world. It’s an elusive skill I’d love to master.

You know, they get a lot of slack but there might be something there.

Not enough people are reading Claymore! I’m not even into fantasy myself, but I’m seriously tempted to try a variation of this storyline, except without the monsters. I’d replace them with evil witches or something. (੭*ˊᵕˋ)੭‧˚₊**̥ ✧