So here’s my problem: my M.C. just killed a guy (it was an accident) and now she’s angry and horrified and heartbroken over what she did (she had no personal connection to the guy, though).
Her friend, my S.C., is trying to comfort her. I have no idea what my S.C. should say.
Any suggestions? Tips? I’m really screwy with dialogue, it’s my weak spot in my writing. I’d like to get better, though. Do you guys have anything that could help with improving dialogue in stories??

Take what I say here with a grain of salt, since I personally think I suck at dialogue but people say it feels natural. I’m just passing on what I have read before.

A common technique to make dialogue more natural is to say it out loud. I would advise doing this somewhere private to prevent odd looks. When you say it out loud, as if acting out a scene with yourself, you’ll automatically change the wording and how you say it to be more ‘natural’. It’ll give you a good feel for your characters, too.

Another thing you can do is observe people talking in real life. A lot of writers do this thing called ‘people watching’. It’s like bird watching, but you watch people instead, trying to discern their behaviour and the way they speak. This’ll teach you how real people speak, how everyone has different speech patterns, and other things. You can also watch movies and tv shows, but they’re rarely as good as real life.

Other than that, just keep practicing and keep getting feedback! You’ll get there <3

A lot of writers do this thing called ‘people watching’

Ooh, interesting! Could be just another reason for the FBI to pound down my door tho- just think, stalking paired with my search history? The courts would be apopleptic!

)
This is really helpful. Excuse me while I provoke my mom into a deep conversation and take notes while she responds.
Thank you so much! I really appreciate your suggestions

About the people watching, you can sit down in any public space and just be that one creepy person that simply stares. Chances are no one will actually notice you, while you notice everyone. That’ll allow you to fully observe conversations between people, since you don’t have to take part in them yourself.

Yes! Once corona makes its exit, I’m going to absolutely haunt a bunch of public places.
But for now I’ll have to get my inspiration from family bickerfests, lol

You could probably have the SC say something putting the blame on the victim and circumstance in order to take the blame of your MC and help her feel better. I’m not sure how he was accidentally killed, but lets imagine she struck him with her car or something.

“It wasn’t your fault”
“He came out of no where!”
“It could have happened to anyone.”
“He shouldn’t have been on the road, how were you supposed to see him!”
“You couldn’t have stopped any sooner.”

Things like that that help pull the blame off of her and make her feel less guilty about the situation.

Yeah! Thanks. I kind of have an idea of what I’m writing now, I’m using the tactic of the S.C. trying to alievate the blame from M.C.'s shoulders, but M.C. is having none of that because she’s convinced that she’s completely to blame.
In response, S.C. starts telling M.C. about her past, and how she’s had to do things that she didn’t want to do, in an attempt to make M.C. feel better.
Thanks for your help, it was super helpful!

I would say no too complicated sentence structure (e.g. run-ons, it’s unlikely we’ll talk like that irl). Also, use contractions! It’s instead of it is, we’re instead of we are.

S.C. starts telling M.C. about her past, and how she’s had to do things that she didn’t want to do, in an attempt to make M.C. feel better.

I would suggest breaking the story up into fragments of dialogues to avoid a whole chunk of info being told. Inserting MC’s reactions in between would be nice too. I’m not entirely sure about the context of your story so I cant provide precise suggestions, but these are sth that have helped me in the past when writing dialogues!

Just think about a dialogue as a scene that you would play with someone else. Like in this case it’s two friends and one of them is comforting the other.

Think about the S.C.'s own character first.
Is she direct?
Does she listen to the full story first and then reacts?
Is she negative?
Is she positive?
Does she cry with her?
Does she use humor?
Etc…

And as said above, read it out loud and listen to how it sounds. Then change it to how a person would acutally say it.

Also, I want to share this. It’s a writer I discovered who gives a whole lot advice through videos on youtube and stuff with helpful tips. This video below has info about writing compelling dialogues 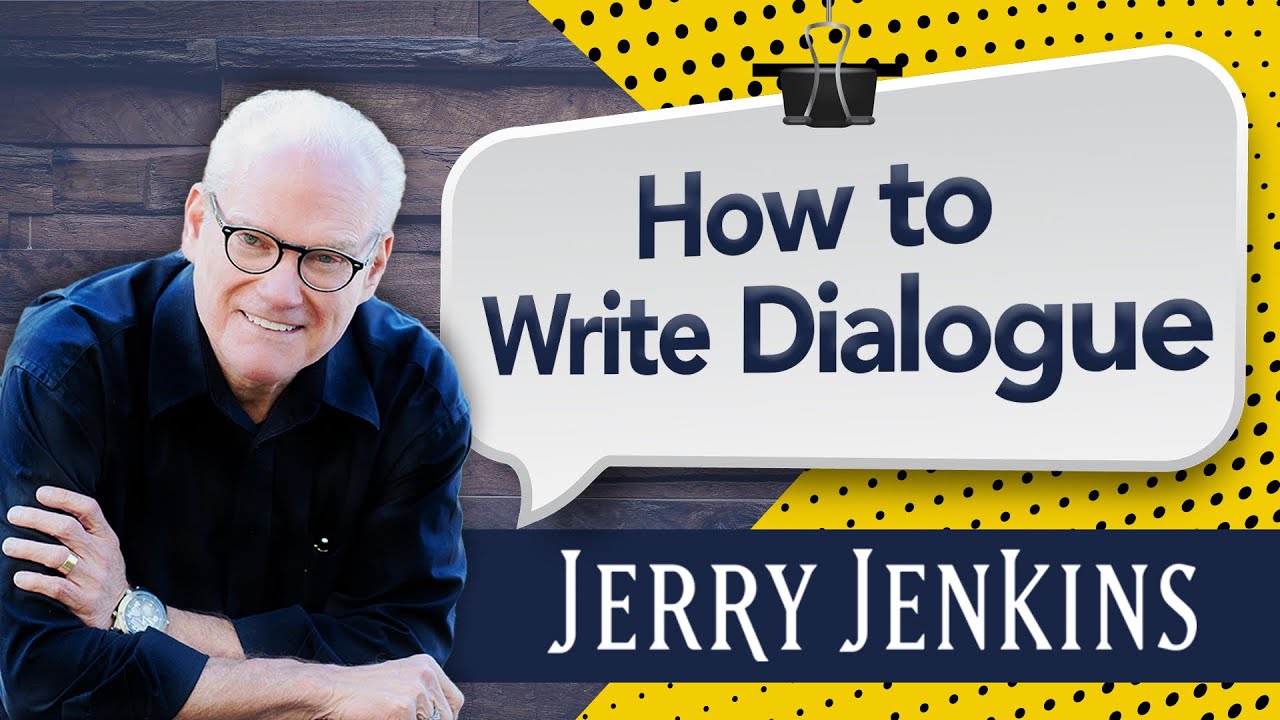 I was going to link that Jerry Jenkins video, but Lucinda already beat me to it

Seriously though, watch it, just watch it. It covers everything I want to say about dialogue in cohererent sentences. Plus who doesn’t wanna watch some Jerry Jenkins and then fall down the rabbit hole of writing videos?