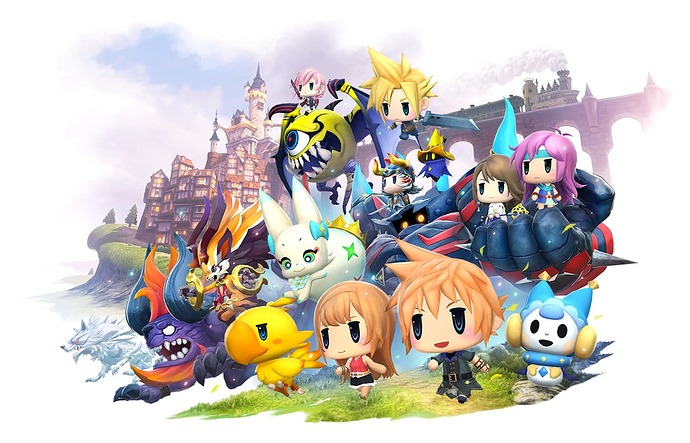 Welcome to Epic Battle game! I am @Crimson_Scythe and usually called Crimson or Crim, the founder and head moderator of the community! ^-^

Epic Battle Game (EBG for short) is a community for interactive game for everyone’s characters, where we fight for competition and to have fun with many different author! This is not just for character development but to see our characters shine, to test their skill and power in our massive crossover!

Our game continue to evolve through the years. After the old Wattpad forum closed, the game resurrect to a fresh new universe where many excitement awaits! Each round, each month, the system and the gameplay continue to improve for even greater experience. Everyone’s input and ideas can help us to make us better. So don’t be shy to try playing here and express your opinion to the community! Everyone welcomed here, not just to play the game but to socialize, making friends and having fun!

All in all, in behalf of the community, we welcome you to Epic Battle Game!

NOTE: This thread is our chat thread for any “out of topic” things that isn’t related to the current game. For those who wanna play the game, please check the link below!

Most importantly, be friendly and respectful!

Alright now time to open up the discussion again yeeeey

Alright everyone, time to talk on what game to play next! @ebgplayers

The current EBG round on Marveille is still going on, but it’s near its final phase, and should be over in about one or two weeks. Meanwhile we’re waiting for the round to end, how about if we talk about the possibility of the next round, for the next month?

On the current chapter, we did a game based on survival horror and action adventure. Imagine something like Resident Evil, Silent Hill, Dead Space, Bloodborne, things like that. Because of that, then it’s naturally that the next round would be much more brighter and colorful.

Unfortunately, the game goes pretty badly because many people are dropping out one by one, including the moderators. The biggest problem is that we need to keep the story going, but we also need the players to play the game. This ended up creating a lot of stress for myself, to the point that some people suggested to take a break from the game.

That’s why we’re thinking on making a round that’s not story-oriented anymore. This might also help gathering new players, by getting back to the root of EBG itself. We have long abandon our traditional gameplay such as PvP (player vs player) which many people enjoy. The last time we did a round that’s entirely based on fighting, it was the legendary round, Aeternum, the void tournament. It was regarded as the BEST EBG round in existence. So, how about we do it again? We cannot repeat Aeternum, but we can make a game just like that.

It’s been a while since we did a “tournament mode” game, and it might be our next big shot in the history of EBG! In case we’re gonna do this, then we could take inspiration from our neighbor Colosseum that have garnered an astounding success and glory over the past year. Perhaps, this could even be something like a collaboration? Probably not, but anyway…

There’s are many more options for the next game. Originally, the current chapter meant to be purely survival horror, with no involvement of magic and gods… Then we ended up picking Lovecraftian genre, and inevitably, things inflate into the domain of cosmic beings. Because of that, I doubt that we would do a round based on mythology for the next round, which is a shame, as we planned a round based on mythology for this year. Could be something inspired by Greek or Norse, perhaps even an original tale, an epic fantasy with a massive open world.

Admittedly, this is partially because I was inspired by Genshin Impact on the last few months, but I doubt that we would ever do a Genshin-inspired round… Or maybe?

Anyway, the round will not be ready anytime soon, and we’re not even sure if it would be there by the next month. It all depends on what the players choose. Should EBG continue with some epic story, or should the next round be a tournament instead? We would also consider the option to not play any game yet, in case everyone think that we should take a break instead.

We would like to hear some public opinion on what the players preferred, because the players are the one who play the game, and it’s important that we all enjoy this!

Anyway, the vote is now open!

What kind of game to play next time?

You sold me with fighting games, but i’d understand putting it on hold

In case we’re gonna do this, then we could take inspiration from our neighbor Colosseum that have garnered an astounding success and glory over the past year. Perhaps, this could even be something like a collaboration? Probably not, but anyway…

But no legit I’d have fun if it was a tournament, but with storyline too

we could take inspiration from our neighbor Colosseum that have garnered an astounding success and glory over the past year. Perhaps, this could even be something like a collaboration? Probably not, but anyway…

Do I smell a cross-over episode?

Do I smell a cross-over episode?

I was just offering ideas, and nothing official happened yet!

Hold on didn’t we already have Gabriel on EBG before?

Oh yeah, it was just a training ground, but still… XD

Anyway, I dunno about the power level yet, so hold your breath until the next week.

It would be amazing, would it not?

It would be awesome if he could show up, he’s a pretty good character by my creation Standards

It would perhaps be very cool yeah. I think though that our combined designs would be better though. Not only a tournament, but a story as well

It would be awesome if he could show up, he’s a pretty good character by my creation Standards

Yeah, I think he’s a pretty good character and he’s fitting for a tournament!

It would perhaps be very cool yeah. I think though that our combined designs would be better though. Not only a tournament, but a story as well

I do think that it would be awesome, but idk lol it depend on whether they wanna do crossover or not, because we never ever discussed this with anyone at all before.

Yes it’ll be pretty sweet however it works out

Dw, I was honestly partly joking. It would be cool to work something out in the future maybe. We’ll see. Working on the next few rounds has been a lot (especially for Kab) and with the imperial missions introduced me and Paper will be more occupied as wel. The new situation demands adjusting so we’ll see.