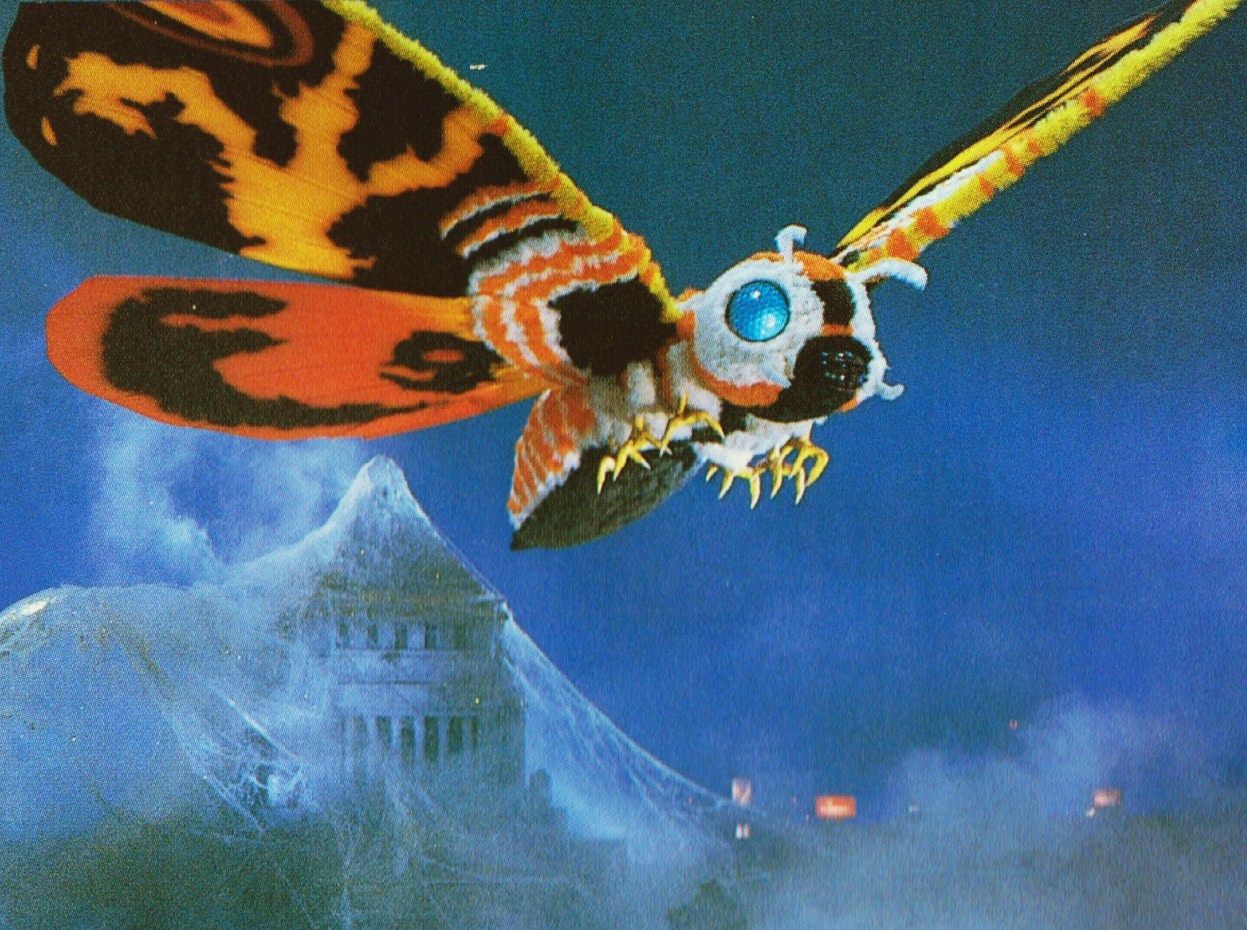 Before you is The Queen of Monsters, Mothra. I always hear about people saying how harshly female characters are judged compared to their male counterparts but it seems that the less anthromorphized a female character is, the less of a problem you would have. You could argue that Mothra is the most heroic kaiju in the Godzilla franchise because the main motivation behind her rampage was her trying to find her kidnapped daughters. (Enter Taken Joke here).

Of course, kaijus require a much different approach to writing than people because they are essentially forces of mass destruction personified. But what do you think?

I was about to say the stupidest thing…thank goodness I didn’t.

Most of the theme for The Lost World: Jurassic Park is “Don’t upset mother T-Rex’s little ones”.

Why would you do that in the first place though?
Then again, there wouldn’t be a movie if people just left the animals alone for once. 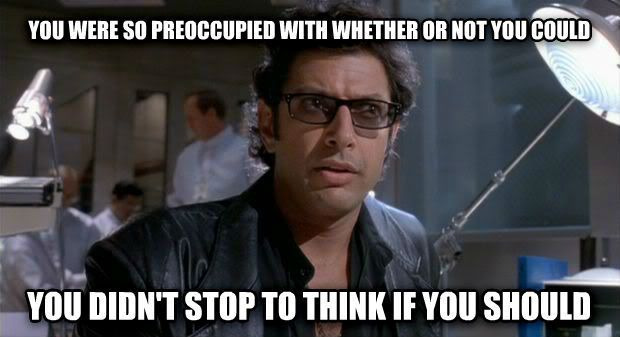 King Kong: Skull Island is just a film about a big hairy guy who wants the damn tourists off his island.
“Go blow up your own backyard!” ~ Kong.

For the film Deep Blue I was on the sharks’ side. If I was just swimming around, doing my thing, and some egos in white coats yanked me out of the water, jabbed my noggin with needles, and blew smoke in my face, I’d go limb hunting too.

I think Mothra and the Queen Xenomorph should be girlfriends. Total power couple, protecting their babies together. Lesbian icons.

I would love to see both of them fight King Ghidorah. That would be really fun, though you’d have to account for the difference in height.

Humanity is a curious bunch as a whole. Always has been, always will be.

Things that are meant to be left alone, human will try to solve and figure it out, when it is so clear that whatever they are trying to solve can kill them or cause some serious harm.

Yet they never seem to learn from their mistakes and keep asking “why did this happen to us”. It clearly happened because you stuck your curious ass nose in something that didn’t need your annoying peeping.

Now, not all humans are that bad, some see that what they are getting into is dangerous and immediately haul ass.

The ones that stick around to only die in the end, are the ones who need a dose of reality.

I don’t know if I am making sense. I apologize if I don’t, but this is something I’ve noticed for many years.

There’s nothing wrong with being a bit curious until it gets you killed or something else.

I saw that and immediately thought of Perdido Street Station.

You might actually like that story. At least the part where the giant moth creatures come out. They do, eventually.

How intelligent are these moth kaiju?

You are already smarter than 90% of horror protags. You should watch Creep, if you can tolerate what might be the dumbest main character in a horror movie.

From my understanding on why the horror movie MC are so stupid, is a mixture of curiosity and pure fear.

I think I’ve heard of Creep. What is it about again?

Imagine if Micheal Scott from The Office was a serial killer.