Some wars last for months, some last for years, and then they are some that seem to go on forever.

The forever war trope is a trope that involves a war that has been going on for god knows how long and it seems like there is no end in sight. However, the reason for why the war started changes over time causing people to wonder what they are still even fighting for.

TV Tropes can explain it much better than I can.

Anyway, what are your thoughts on this?
NOTE: This may overlap with another trope called Hopeless War.

Here is a link to that one.
https://tvtropes.org/pmwiki/pmwiki.php/Main/HopelessWar

This has been my spoiler-free application of tropes I didn’t know the name for before this thread.

One fantastic example of a “Forever War” I’ve seen is in Sabaa Tahir’s novel “Ember in the Ashes”, although I feel her use of it is a lot different as the technical “war” is over–like a group of people are subjugated–but there’s still rebellions and a relevant enough opposing force. Plus, her writing is fantastic.

As for reflecting this in novels, I feel the novels that do a ‘forever war’ best are the novels that take from real-life examples of war. Like, tactics they used, reasons they fought for, etc.

Again with the werewolves: forever war is what they do for territory. I’m just playing it as humans are too nosey, so territorial behavior is being forcibly educated out their system. Doesn’t stop all skirmishes, just makes them less frequent. And if it wasn’t against each other, it would be against us.

The war will never end I see…

Well, each pack is itw own kingdom, clan, gang–whichever word best clicks. And they have an overturn rate of about 15-20 years, so you never know when a new fool is going to be in power. The only counterbalances to that are : exposure to humans, an Alpha of Alpha’s, a shadow group that terrifies even leaders into behaving, or a strict education on how much of their behavior is psychotic–things along these line. Of course you could just go outside the tropes, and write them as decent human beings with a bad need to shave, but then you’re not resolving the issues of the “fairytale”, you’re just outright throwing it away.

I’ve looked up on this war trope a while back to figure out how long a war could go on and what happens in between when it does go on for years and years. Obviously, they’re not continuously fighting. There are these cold war periods where no actual fighting is happening, but things are still happening.

Especially, if you look at the real world, you can see it. It’s not like there’s gunshots every second of the day. There are these rest periods kind of like that stereotype cowboy standoff.

However, the reason for why the war started changes over time causing people to wonder what they are still even fighting for.

Especially, if it goes across generations. Maybe grandpa fought for one reason, dad fought because grandpa fought, but now you’re fighting only because dad and grandpa were fighting and you don’t have your own reason.

I can’t remember why I was looking this up, which means, I guess I solved my problem XD

Wait, I think it was…yes, Pinti’s story. Clans fighting. They’re not always going to have a battle. But because their conflict is never resolved even after a truce is called, it’s like the war is still continuing. Then because the conflict isn’t resolved, someone breaks the truce. Then maybe another battle is had.

So, the war is never over. There’s never a moment where one side bests the other to complete defeat, or where both sides come to an agreement.

You bring up some interesting points.

Obviously, they’re not continuously fighting. There are these cold war periods where no actual fighting is happening, but things are still happening.

That makes sense. I suppose even fighting enemies need some down time or something.

That’s like what if WW2 was still happening even with the down time and other mini wars happening to this very day?

Earth would be a horrid mess…

Especially, if it goes across generations.

That is a scary yet confusing thought. LOL!

I have used this! I am guilty! lol

Okay, its not a bad one but I have used this and it even is one of the center plot lines for the series I have been writing. I will add some description below, but my general thoughts on the trope is very dependent on the situation it is used in and what is preventing a truce or ceasefire from either side. Hollywood in general has a reputation for ignoring the finer details war causes. Resourced put into it, lives lost, frequency of replaceable soldiers, etc. Typically, these forever wars have worked best in cases like Underworld, where the Lycan and Vampire factions have just never gotten along since their uprising and have always been at each other’s throats. It is a war, but its only fought in skirmishes and they both do their best not to get humans involved. This is way more believable than two fully fledged civilizations locked in an eternal war or it drawing out so far that peace was never saught from either side. It really depends on the situation for me.

Earth would be a horrid mess…

We don’t need anything else to mess up Earth

We don’t need anything else to mess up Earth

Yeah, you are right about that!

Enh, the planet is pretty good with self-repair. I’m reminded f that every time someone gets a wild hair to clean up the property. You have to stay on that or it’s reclaimed within a year, here. It’s our repeated interference that causes most issues. 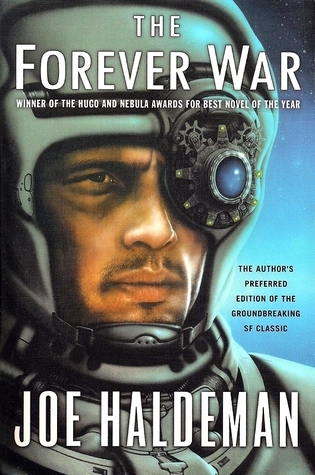 The Earth's leaders have drawn a line in the interstell…