tysm again for giving me some of your time!

Text Spotlight
The darker one, the text is a little hard to read. If you are going for a pair of covers that go together, what do you think about making the text a little more brighter? Maybe add more of a white light kind of glow behind it? There is a little spotlight so maybe just make that a little brighter?

Yeah, for the darker one, I definitely thought so but I couldn’t tell because Photopea lighting differs from actual image lighting, idk why. I’ll revise that.

Contrast for the Dark One
Also, if the white marble one is dark green on white, what about making the decorations on the dark one the same kind of glassy see-through look? It’ll give some good contrast I think. Make the decorations pop more.

So are you saying that I could try to make an inverse vers. of the white one for the darker one?

Text Readability
Idk if you need to know this but a little hard to read: Sea Glass and… Uhm

Lode Star? If that’s actually what it says, then don’t worry about it.

The titles are correct. I guess I’ve made it more readable this time around lol.

So are you saying that I could try to make an inverse vers. of the white one for the darker one?

So, not completely inverse. Just do the same glass effect on the decorations of the darker one. That’s just my suggestion. I think that glass effect is beautiful

We are still in business

As I’m beginning rewrites, I’ll see what you think of this if that’s okay 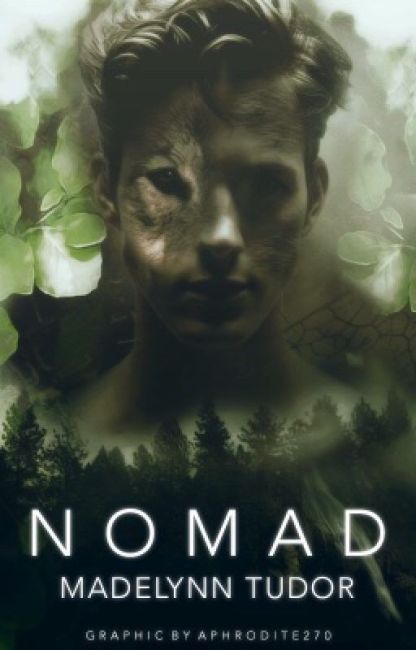 Could you fill out this form? It helps me give critiques

Form:
Mood / Vibe of the Cover:
Genre:
Specific Questions if any:

Form:
Cover (current and previous versions if you have):

Mood / Vibe of the Cover: Dark I guess. (I know the red clashes, but I need to find a way to figure out what I want this cover to be; after all, this is just a preset)

Specific Questions if any: I need help figuring out what would best fit the cover for this book. Basically, it’s about a princess named Lior who, due to a treaty clause, must marry a Draki-Shifter emperor named Atlas to keep her kingdom from ruin. However, there’s a catch: her mother had a past with Atlas’ father, and Lior is tasked with killing Atlas. Whilst married and scheming, Atlas’ half-brother Samael the Black catches Lior’s attention, and she pursues him. But Samael has darker intentions, and she must learn that not everything is black and white. And she must make her own decisions. Meanwhile, her first lover, a fae and shepherd named Royce, finds himself tangled in another forbidden romance as he tries to decipher a scroll that goes hand-in-hand with weird dreams he’s been getting. But deciphering the scroll comes at a cost. 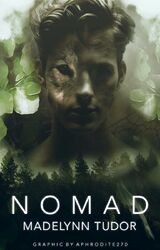 Form:
Mood / Vibe of the Cover: Mysterious, wild.
Genre: Werewolf
Specific Questions if any: just curious on opinions nothing specific.

First impression: What a mysterious looking cover! Love those colorsl. Although I’m not sure what animal that is. What exactly am I looking at?

Well, you have the vibes down, that’s for sure. I can get that mysterious feel from the cover. Wild, perhaps, yes. The title is easy to read. Love that. And the color scheme of the cover matches with the genre, I think. The hazy, smoky look also gives hints the story will be just as shrouded in mystery and darkness.

The only issue in my opinion is that it’s hard to tell what the animal is because so much of the face is the human. Doesn’t exactly strike me as a werewolf book. If you want to attract werewolf readers, you might want to make it a little clearer.

Have you thought about making the entire left side of the head, a wolf head? If you have at least one ear sticking up, it would make a big difference. I don’t think you have to have the snout. I think you can leave the face as is.

Well, that’s my opinion, very subjective. If you have any questions, feel free to ask. If you do make changes and want to hear my thoughts again, feel free to return as many times as you need

I need help figuring out what would best fit the cover for this book.

This is a different kind of request than I’m used to getting. We can talk though, no problem.

First I have questions.

In the summary you gave, there were a whole bunch of characters. So many names. Which ones are the mains? Lior and Royce? It seems from the summary that Lior’s story will take up most of the plot? Then who is the one Lior is mainly after? Samael the Black?

Then perhaps Lior and Samael should be on the cover. OR if Lior and Royce both take centerstage in the story, they should both be on the cover, back to back, both looking longingly at some darkness they are attracted to on opposite sides of the cover?

Although, from the summary, it seems that Lior is the main. Maybe her, by herself with a castle in the background shrouded in shadow with dark clouds over it. Maybe with Samael, Atlas, and Royce as floating faces in the shadows.

Those are some thoughts and questions I had. What do you think?

Which ones are the mains? Lior and Royce? It seems from the summary that Lior’s story will take up most of the plot?

Although, from the summary, it seems that Lior is the main. Maybe her, by herself with a castle in the background shrouded in shadow with dark clouds over it. Maybe with Samael, Atlas, and Royce as floating faces in the shadows.

Just a question: would you be willing to make the cover? (Please). If anything, I have no graphic design skills, and the cover idea sounds complex for what I can do.

Just a question: would you be willing to make the cover? (Please). If anything, I have no graphic design skills, and the cover idea sounds complex for what I can do.

Well, that was just one idea. If you like it.

I’m actually not doing covers at the moment

I don’t think I am. Please send link

I’ll Dm it to you

Thank you for your kind words - it meant a lot.

I personally prefer the slightly more mysterious feel, rather than it outright being a wolf. I think it adds to the intrigue of the cover, but I appreciate your feedback i really do.

In the end, of course, you know what’s best for your book. I only give suggestions and subjective opinions. Feel free to come back with another cover any time