Awesome! Thank you so, so much

After you are done ping me, I will provide a direct link to the image.

done - under the user ‘Monwara Bibi’ on YT

When there are more makers than takers!

BUMP. Sometimes I tend to forget that I still have a thread.

Happy new year to anyone who visits this thread and stumble across this post. A few days ago I participated in a graphic contest and have officially won the first title.

So just wanted to share this in my thread^^ 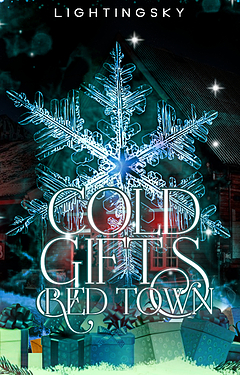 Again a happy new year to everyone^^

Are you still making aesthetics?

Yep. I will try to deliver in time but it would be better if you don’t have any time constraints.

No time constraints at all

Appearance (if you can provide a picture):

Someone drew this for me. 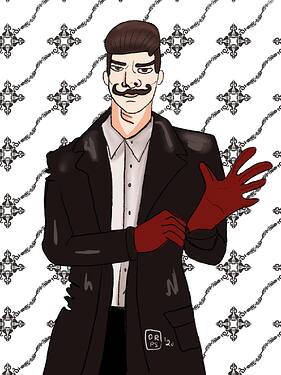 someone drew it Richard by oliverraysolomon on Wattpad1620×2160 282 KB

From an icon maker.

Likes: Blood (you don’t have to include blood if you feel uncomfortable). Well, he also likes black suits with long coattails. Sweet bread, especially the kind with powdered sugar. Pumpkin pie. He likes chocolate. He has a demon companion so adding some suspicious looking shadow on a wall that may or may not look like a reptile-like monster might be good. He likes top hats, bow ties, canes (just for fashion). He likes himself, so a mirror with Victorian vibes might be a nice addition. He likes his handlebar mustache and red gloves because they are the color of blood.

Personality: Richard is a villain. He knows he’s a villain and that he’s a very good villain. Never been caught. He’s the leader of an assassin organization so he has leadership skills, can control people and he’s very charismatic. He’s a psychopath who murders rich people. In his mind, he’s coming from a good place. Kill the rich to save the poor. He believes the world is in the palm of his hand and it’s all thanks to him that history is changing.

Richard is a seer of the future and appears as a villain in two separate stories. In both, he’s contributing to the demise of the rich in some society. Although in the second story, his companionship with his demon is shown more. Richard has been thirty-two for over thirty years and that’s thanks to contracting with the demon. They have a good relationship almost like brothers. Richard enjoys the demon’s company. His evil plans fail towards the end of the story and he repositions himself to adapt to the changing society. So, he still remains the evil psychopath immortal by the end.

Any particular feature: Brown eyes, dark brown hair, peachy white skin (exactly the drawing above). Handlebar mustache and a smirk. He’s often smirking because he knows he’s just so good at what he does. He was born in the late 1790s so the clothes he wears reflects Victorian England often.

Additional info: The name of his assassin organization is the Red Circle so maybe that can be one of the words. Another idea is with quotation marks: “I will cleanse the world”

Anything else I should know: Richard loves himself too much to fall in love. That’s about it, I think.

Thank you for considering

If you need anymore information, please let me know. 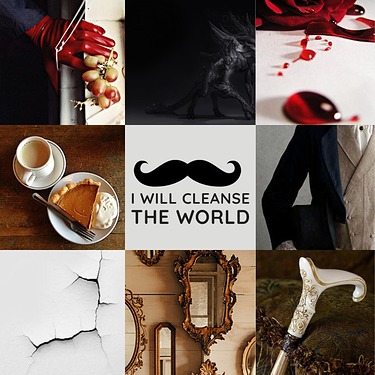 I’d completely forgotten I had requested

I’m not entirely sure what the middle picture on the top row is. Would you be able to replace it with the mirrors? And then for the center picture,

could you find a black mustache like this and maybe add the words “I will cleanse the world” on the bottom?

That’s picture is of a demon too but behind bars.

could you find a black mustache like this and maybe add the words “I will cleanse the world” on the bottom?

That’s picture is of a demon too but behind bars.

Could you change it? I still can’t seem to see it