Good Question to ask your MC

Most people focus on what a character would do in a high stakes situation to show what the character is truly like, but I find it more elightening to see how they react in a low stakes but extremely absurd situation.

If your character saw a congregation of dancing cephalopods as they were going about their routine, what would they do?

If you cannot answer this question, it probably means that your character is underdeveloped.

You have summoned me, mortal?!

I know you have a bunch of projects, but I want you to tell me how your main characters would react of they saw a bunch of dancing cephlapods as they went about their life

If your character saw a congregation of dancing cephalopods as they were going about their routine, what would they do?

I seriously had a book with this. Like, it literally started with a short story called Cephalopodium Conundrum… This is frightening.

I am going to be one hundred percent blunt, but when it comes to characters I am very sucky at it.

I really need to take it seriously.

Moving on, I shall use the characters from my anthology to help me out.

Solaris: Well, that is certainly bizarre!

Solai: stares blankly and is a bit speechless

Nyalia: Seriously, what am I looking at?

Pharaoh: point a gun at the dancing cephalopods getting ready to pull trigger

Tavian: Umm…is this real? This can’t be real, right?

The octopus is one of my favorite animals and I watched a TV where I felt the mc was severely underdeveloped.

All of them are horrified-this means that they are very afraid of the unknown.

Well, my world has a bunch of strange things, but nothing that strange.

After a while if they see more of it, then they will become used to it.

Here is them slowly getting used to it:

Solana: Still, gross, but whatever.

Solaris: It isn’t that bad now that I am looking at it.

Solai: As weird as this is, it is kinda cool in an odd sorta way.

Pharaoh: has already killed some of the cephalopods and has moved on

Tavian: It looks like they are dancing or something. Not bad in all honesty.

My werewolves from Begging is for Losers ate the last “big game” that got into their territory. So, any of them would be like: “Can I eat one?” That includes the ML. I suspect most all werewolves outside that story would go the same way.

Rachael (MC) would be eyeballing them going: “Is this a problem? Is it MY problem?” then go on with her life.

Hee! My main character’s an alcoholic, so her first thought would likely be that she needs to quit drinking. (♯^.^ღ)

Julio would honestly join in.

Max would be confused and check it out.

Duke would be smiling at his next meal.

Reminds me of the phrase “seeing pink elephants”

Wilmer would call them abominations, but still minister to them. @NotARussianBot

Do you think Wilmer cares?

Daniel would try and feed them pork.

Mac would take a picture and use it as his background.

Exactly! Omg that would be funny if the cephalopods wore pink tutus. (>‿◠) 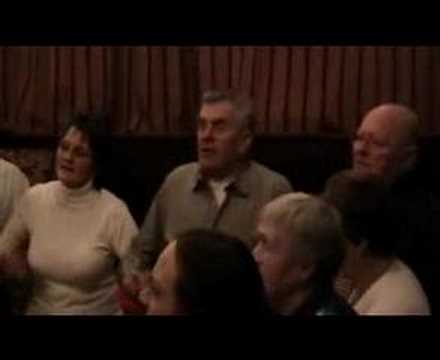