How many fictional species and races are currently in your fictional world at the moment?

If you could guess off the top of your head.

The many races, ethnicities, nationalities, species, cultures and traditions that exist in your fictional world. Do you have a guesstimate of how many there are?

NOTE: YOU DO NOT HAVE TO LIST ALL OF THEM DOWN IF THERE ARE WAY TOO MANY!!! Just either list a FEW or tell me the amount by guessing.

If you want to discuss more about them, then by all means do so.

Lend me your thoughts!

Depends on which world:

In the Game of the Gods is supposed to be something like 30ish sentient established species, but the main story line has: Lizard-kin, Dark Elf, Light Elf, Halflings, Humans, Dwarves (built twice as wide as you expect, able to carry more weight than a war horse), Trolls, Minotaurs, then there’s groups that aren’t an established species but are definately worth giving a seperate status original goddess (Eve analogue, vaguely human), one Hummingbird Fairy, a slug-human God, a 7-winged God with his personal angels (2 wings, very obviously female, way taller than other beings, were never supposed to breed), one half-angel-half-dwarf…

The dark brotherhood’s Magick 101 book has easily 100 seperate species already detailed out and maybe 6x more that to go? Most memorable? Cthog’Og’Morpog, the Dragon Spider, damn huge thing he is.

I’ve got half-formed thigns that are ogres, orcs, stone-skinnend, traditional vampires, lizards, weird 3-eyed “birds” squid aliens, just no end to what I’ll put up with.

The Fairways Empire: humans, demons (succubi and their ilk), fairies of multiple species (3 dealt with are traditional forest growth sexy things, decaying crone-esques who specializes in mushrooms, depths of the earth hive-like weirdness, some shape changer that is like a werewolf–can’t remember what one right now, but it’s something you have to destroy inch by inch to make it die, spiders made out of swords, sentient holy swords, fertility goddess statues that can think but have difficulty communicsting…

The Assassin’s Journals holds to the assumption that all sentient beings are human. But it has Elves (with a different abdominal muscle structure than humans, and gold skin), Dragons (humans that can shape-shift to dragon’s), walrus-based , cat-based, Anubis-like shapeshifters, Satyrs, but most everything is registered as human, and is human enough to not be noticed as anything but humans, even if they are too fast to be human, too big, too strong, have very weird abilities, it’s only the ones really outside the norm that get called things.

The werewolf stuff up on Wattpad is just strains of werewolf and humans (including mutants) 1 Werewolf that turned into a God with antler horns (he keeps breaking them off because he’s a predator, not prey, damn it), two women have been sirens (lamprey bite structure). I don’t want to add a lot to them.

Big Girls Bite needs to be worked on, but it starts with vampires that are like succubi, but will branch out to other species being made…and show that vampires aren’t what they seem to be.

And I’ve got one thing that supposed to center on a kind of swamp thing triggered by the bombing of Japan in WWII. She will be surrounded by werewolves, for now, but it’s not supposed to be some sort of romance… don’t know what I want to do with that.

So, species aren’t hard for me to come up with. I could pull something together right here and now.

So, species aren’t hard for me to come up with. I could pull something together right here and now.

I envy you just for that. LOL!

So, about that dragon spider? That is an interesting combination of species.

This is reminding me that I still have a lot of world building to do.

I need to work on this.

Avians, Felians, and the Scurries are the most common so far. Although “Scurries” is the name of the gang of squirrels and not the name of the species. I haven’t decided the species name. Same with the talking animals. There’s also some kind of other…magical human species that are part lizard or part Medusa, not sure.

And then we have the magical rats who don’t have a name yet either.

For ‘Champion in Love’, the conflict is between the humans from Earth who crossed the portal during Roman times and the ‘Barbarian’ population of the world. There is one mixed blooded character, but he is not a main. I know peeps love that as a main but it doesn’t work for my story.

I don’t feel I need more worldbuilding to tell this story than that. In fact, it will be detrimental, because it will dilute the conflict between the lovers. I describe the differences in broad strokes. They, like, in all ethnic hatred based conflict, are not even important. The hatred is.

I wouldn’t know about species (yet) but for now there are quite a few.

For races (or non-human beings), there’s roughly five or so.

It’s under the assumption that dragons boink anything that moves, as well as rocks…which fits in with Greco-Roman history and a lot of fantasy rule #34. Cockatrice is either a rooster’egg hatched (don’t ask me) or a dragon decided to play with it’s food (again, don’t ask me).

But just how easy?

I’m looking at one of my glass vases that survived my kids, so far.

Then thinking of jellyfish: 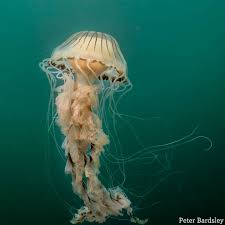 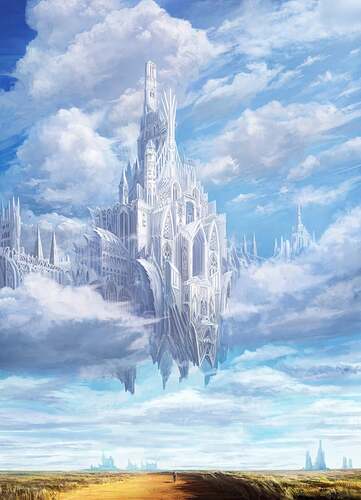 What happens when a Mage makes a glass-like cloud-castle sentient jellyfish for his home? Articulated to a shiny pastel purple diamond glass pattern?

Honestly, I’d expect it to have Unikitty’s personality from those Lego movies, combined with a computer-combat system which would snap them out of their manic emotional state. It would have a octopus-like beak right off the kitchen–which can communicate and would be like “Feed me, Seymour” to the passing maid just trying to make a living in this madman’s house. Of course, behind the mouth would be the pantry, so this critter acts like it’s eating you every time you move food in and out of it’s artificial stomach.

I’ve created my first high fantasy world so there aren’t that many species yet, but I’m having so much fun with it! I don’t really count them, but I can give you a run down of the main ones