I have no scissors in my new house so

I had to saw open some plastic packaging with a fucking KA-bar,

Also I had a bit of ribbon do I tried to play with my cat but she was totally uninterested. What cat doesn’t like to play with string???

not reccomended without supervision

Maybe she knows it’s string and that’s why she’s not interested? She’s too smart for a cat XD I had a cat that would look at me like “Are you kidding me? I know that’s a pen cap. I’m not playing with a pen cap. You can go and play if you want.”

Honestly we’ve come to the conclusion she is a fay maulk stuck in a very tiny cat‘s body. Which is why she creates such chaos on the small scale.

No but seriously this cat is just wow. She knows how to fetch. Like literally I throw her toy she grabbed it and brings it back to me and waits for me to throw it again and I didn’t teach her that And I doubt being a stray taught or that and I doubt the shelter taught her that.

She also sets up her own toys to hunt. Like she’ll go and put the toy somewhere and then she’ll go back up and get into a crouch and hunt the toy and then she does it again like she doesn’t do it from the place where the toy last is she goes back to her obstacle course that she’s made sets the toy back Where it was before and then hunt it again. This is not a cat. I swear. 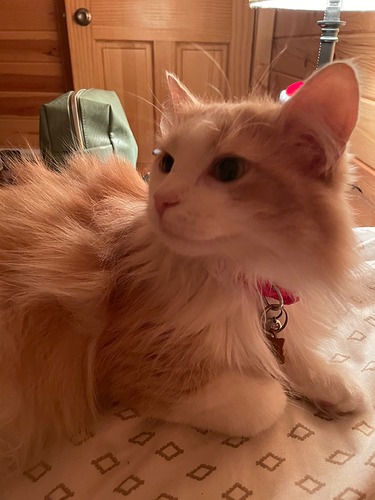 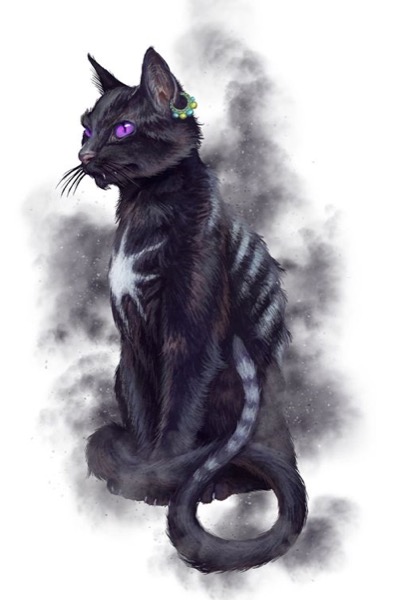 Have you ever heard of Cat Sìth? The mysterious creature is a feature of many a Scottish story, often feared by the people, but on occasion responsible for bringing good fortune too. In this article we have including some of our favourite Cat Sìth...

The greatest maulk itself! We’ve decided my cat is a maulk in a tiny cat’s body.

She’s such a pretty kitty

My cat used to fetch, too. No one taught her. One day, she decided that’s what she was going to do

I guess some cats think they want to try the dog thing, idk.