I made an impromtu standing desk setup of sorts....

I didn’t want to go by the normal or rather average (recommended) length to stand at your desk and work.

I sit too much in a chair that isn’t all that comfy and I set up my desk where I can stand more. The only gripe I have is that I need to know what is a good time for me to stand at my desk, far as minutes not hours.

I tend to get tired a bit faster and I am lazy in a sense. So, I need to be a bit realistic on what to do.

I don’t want to stand for hours on end, then wonder “why the hell am I so exhausted?” when it is so obvious. I also don’t want to stay for a few seconds or less amount of minutes because “I don’t feel like it/I can’t be bothered”.

I need a healthy balance or medium for this desk set up.
I shall show a picture in a bit.

What are your thoughts?

Here is the desk setup.
I showed it in one of my other threads. 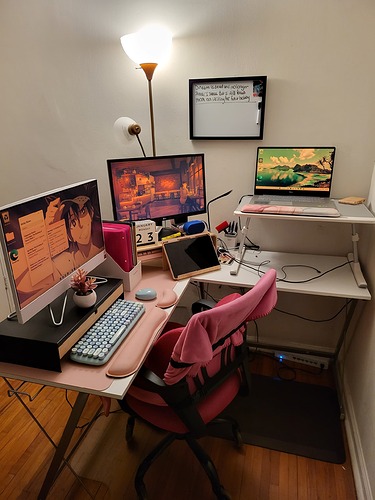 Sorry, @JohnnyTuturro, it’s the same picture. So, that obvious “glare” is still there! LOL!

Here is something I found interesting.
Does anyone buy this or not? Does this make sense to you or not at all?

How Much and How Long Should I Sit or Stand at my Desk?

Wondering how much you should be sitting or standing at your desk? Here's what the experts are saying.

Personally, I just find the numbers a bit alarming somehow. Probably because I am so used to sitting and doing almost nothing as I sit.

EDIT: Not really. I stood for exactly fifteen minutes and it felt so short.
Maybe twenty minutes is a bit better than fifteen.

Eventually I want to get one of these ergonomic kneeling chairs. I had one back in college, and it was awesome. No money at the moment, though, and no space to put it until we get rid of some of the junk in the house. ¯\_(ﭢ)_/¯

Best Ergonomic Kneeling Chair According To Experts In 2022

As an Occupational Therapist, I decided to review the most effective ergonomic kneeling chairs on the market. These chairs will help adjust your posture.

Those look so interesting in a way that I am not even sure what to make of it. I’ve seen those chairs before and they look weird to me.

Probably because I am so used to chairs with back support and whatnot.

Thanks and I try.

Random advice. Don’t lock your knees while standing. This is a common reason why soldiers faint during parades. Keep you knees slightly bent / relaxed.

Also invest in an adjustable mesh office chair (example below) for the times when you are sitting. Avoid ‘gaming’ chairs. They are an expensive, posture destroying mistake…I type from experience… 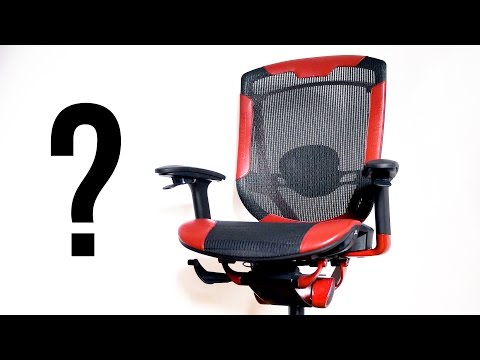 Don’t lock your knees while standing. This is a common reason why soldiers faint during parades. Keep you knees slightly bent / relaxed.

Really? Did not know that!

Avoid ‘gaming’ chairs. They are an expensive, posture destroying mistake…I type from experience…

I had an experience with those things. I got it because it was cute and cool, but nowhere near practical.

Ergonomic chairs are almost or if not more pricey than those “gaming” chairs.

I don’t even have the luxury to get a brand new practical office chair.
Times have been rough since months ago and are still rough.

Thanks for the suggestion though.

I did a switcheroo. Now, the tablet is where the laptop was.
That’s all I did.

My printer is underneath the table stand, but I will move it once I get some ink.

Yep. I think the British military call this Fainting to Attention. It’s now considered sign of discipline, no one gets called out for it, and a rookie mistake that even professional soldiers make.

So, I can stand for twenty minutes or even fifteen or ten and there’s a possibility that I can still deal with that issue?

You should be fine. Just did a small experiment standing still on a wooden floor for about ten minutes, knees slightly bent. It’s more pleasant and less joint-straining than standing with knees straight. Occasional leg and core muscle exercises or stretches should help too.

You should be fine.

That looks so cool!!

I need a healthy balance or medium for this desk set up.

Since you’re so used to sitting, it might be best to lean into it like a sprint or crawl sort of thing. You can try for twenty minutes, and if that felt okay, you can increase it to standing for twenty-five or thirty minutes. Then keep it there for a while until you feel ready enough to increase it again. Standing for an hour or two at most should be the only amount you should do as standing for much longer than two hours can be a pain.

That looks so cool!!

You can try for twenty minutes, and if that felt okay, you can increase it to standing for twenty-five or thirty minutes.