Let's SHOW our chapter titles instead....

Instead of you simply posting the chapter title on here, I want you to show me through picture/screenshot what your chapter titles are!

I am just curious to know. Whether you use Google Docs, Microsoft Word, or some other writing software, I wanna see your chapter titles.

You can come here more than once if you want to. We can also discuss about each of our titles and give advice.
Just show the title and how the setup looks.

So, what do you think? I shall start and show you what I mean. 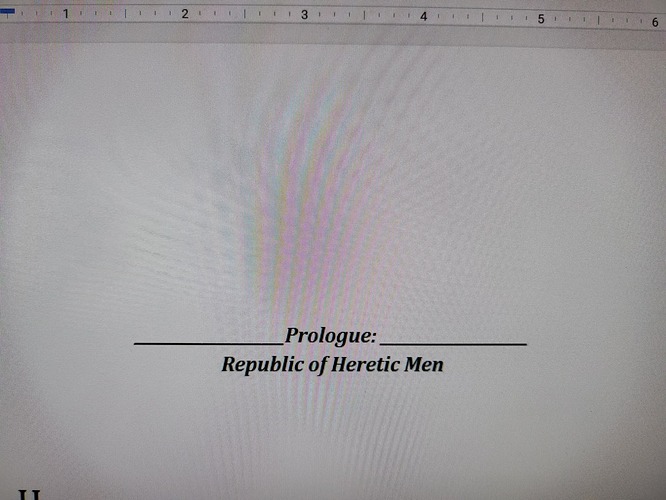 I know, I know! Why name your prologue as if it some chapter?

It seems to work this way for me for now! Anyway, what about you guys?

Man, is the picture a bit blurry or am I losing it?

Man, is the picture a bit blurry or am I losing it?

Nah, it’s fine. Did you take a photo from another device? That would explain the pixelation.

This is how my setup usually looks, and I always have a list of chapter titles at the left, and then word count feature is very useful
The margin and extended page on the right comes from comments, which I like to add sometimes to remind myself to change something when editing.

Did you take a photo from another device?

Can you make it out though?

Not that much. It’s fine!

Like, a random chapter? That’s what I am editing atm

mine is literally titled “ugh”

Ah, I would try to make it better later. For now it is good.

I have another much better one. 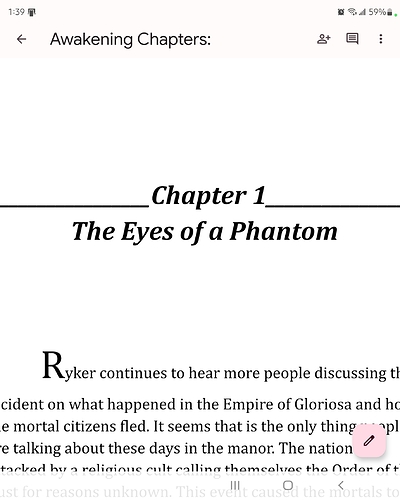 Ignore the previous one, please. Lol!

Unsolicited feedback: take a look at how to avoid filter words.

Wait…what do you mean?

You have tons of filter words that barrier your content from the reader:

Ryker continues to hears more people discussing the incident on what happened in the Empire of Gloriosa and how the mortal citizens fled. It seems that is the only thing people are talking about these days in the manor. The nation was attacked by a religious cult calling themselves the Order of the Rust for reasons unknown. This event caused the mortals to flee to the Shadowland of Lemlos. Even thought this incident happened three weeks ago, Ryker still has the misfortune to listen everyone talking about it like as if it happened yesterday.

Basically, your paragraph is riddled with filters and info-dumps, the stuff that takes me out of Ryker’s POV and diminishes the immediacy of what is happening. What would be better if Ryker was feeling through his irritation.

Thanks for letting me know.

Yeah, my writing sucks majorly regardless of it being the first draft. Still, I can appreciate you telling me where I made so many mistakes and what not.

I am still writing it so it is not even close to being polished. I was hoping that the chapter title would catch your attention.

Ooh! I really love how you designed it!

I don’t have many stories that are titled, but I do design them differently each time. This is some of those…

This is from my current WIP, the Sorceress: 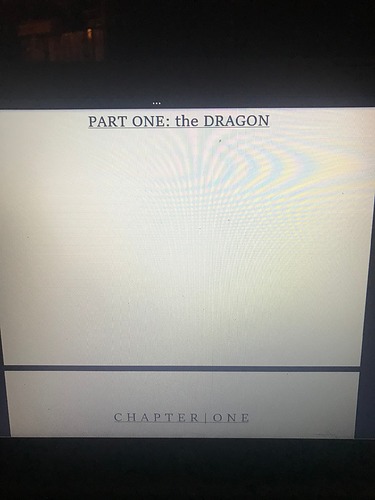 This is from my previous novel, In the Dark: 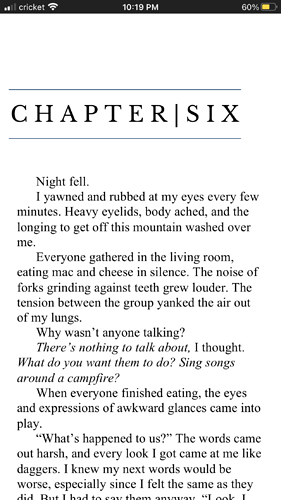 And this is from a project I worked on years ago, Taste of Italy: 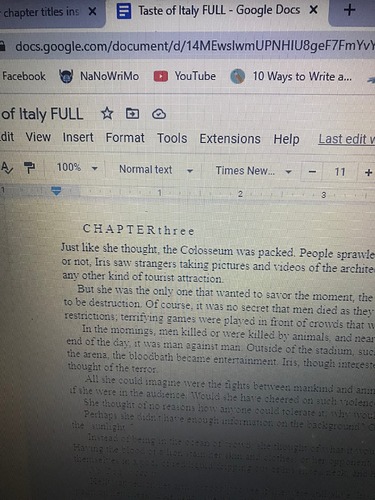 As for my actual chaptered stories, they’re all on Wattpad and I don’t have them saved elsewhere. Mostly because I kept having broken laptops and getting a new one where my work wasn’t saved anywhere else but Wattpad.

Ooh! I really love how you designed it!

Thanks so much! The idea just came to me! LOL!

I love how chapter six of Dark looks.