Would anybody be willing to try to make a 1940s / 1950s style Noir cover? I can PM all the specifics. I’m honestly not sure if anyone’ll respond to this but if you did I would really appreciate it.

I know this is probably not realistic at all, but it’d be really neat if there was some way replicate or have the appearance of the hand drawn style from the posters and book covers of the era

My other preference would be a minimalist black and white piece with the main characters running together or holding each other dramatically in some way (this is what I’d want for either style).

The cover font would either be blocky sans serif or a more stylish / cursive font.

Sorry, not quite one for me I’m afraid. I’m sure someone can do it for you

It’s okay, I didn’t really think anyone would do it hehe. But thank you for responding anyways

hihi, thanks for the tag @liber_spiritus! :]

not really my thing, but i decided to give it a shot anyway. it’s pretty simple. you can ask for changes if ya want, just lemme know if you wanna use it or not, and if u do all i ask is credit in the description :]

hope you find what you’re lookin’ for! 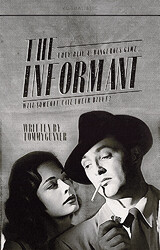 Thank you for the tag! Not sure I’ll be able to pull this off though