Does your story’s world have its own magical life force or air that give the people it’s power or something?

I want to know it all.

Mine is a bit wonky, but I still love it. Pretty much it is magical air that is breathable by everyone, but there is a catch to it.

Mana is called Air of the Firstlings or First Mist.

In some countries, the denser the First Mist is the more likely to produce Rhaks (people capable of wielding magical powers who have very extended lifespans) and help keep the Zirkens (lesser gods or Firstlings who chose to remain on Llyria for the rest of their immortal lives) eternal. However, the only places in Llyria that do not have dense or thick First Mist are the Gaian only nations. Machina are adaptable to any density of the First Mist for some strange reason.

Gaians cannot handle such thick First Mist like the Rhak and Zirkens can. They can only handle less dense air since inhaling too much of it can cause them to physical strain and possible death.

Imagine climbing the world’s tallest mountain and trying to breath as you climb to the very top. That is what it is like for Gaians trying to breath such dense First Mist. They will suffer immense physical stain and suffocation or go into shock.

So, they stay in their countries where they breathe easy and not die. However, Rhaks and Zirkens need the thick First Mist, because it is their life force that keeps their lifespans extended or completely immortal. Without it, they will surely lose parts of their life and become sickly or even die.

It is a strange world. BUT there is a way around this. Rhaks have to take a certain medication for the rest of their extended lives that prolongs their lifespan and keeps their magic flowing while keeping them young and healthy. That is if they want to live in a Gaian nation.

The Gaians have to drink a special liquid which is like medication, but the only difference they don’t need to take it daily.

So, the Magical Air on Llyria is a combination of deadly and safe depending on where you go in the world.

Also, Gaian can wield magic, but it can only be magical items tailored to a Gaian. Though those are rare and hard to come by yet still exist.

the first mist is a wicked name, i love that.

i have my own kind of magical life force! it’s called essence, and it’s comparable to a soul or blood (but simultaneously) and it doesn’t power any magic, but rather it is the magic. everyone has it, but not everyone can use it. it can be “extracted” from its user, and if it’s all taken, you die! (you can then give yourself the taken essence to power yourself, but that’s a complicated subject) that’s the “blood” part, the reason it’s also comparable to a soul is that you can detach yourself from your body (like extracting, but doing it to yourself) and have the ability to enter a different body, though it must have no essence of it’s own, aka dead, and freshly dead, because yanno, body decay and stuff. any essence that’s taken not to the point of death naturally replenishes overtime :]

the first mist is a wicked name, i love that.

Oh, thank you so much!

LOL! You did good to me.

Explaining mine was just as rough.

to be fair i really only scratched the surface, i’ve… written an entire textbook on essence as a way to easily organize my thoughts and ideas about it, and it’s like twenty pages long ^^;;;

I have always imagined magic coming from the natural world and being connected to one’s life force. Magic is, at its most basic level, the manipulation of reality through one’s will through various purposes.

And if you don’t think that you can do magic, many people throughout history would disagree. Here are a few you can do this Halloween. 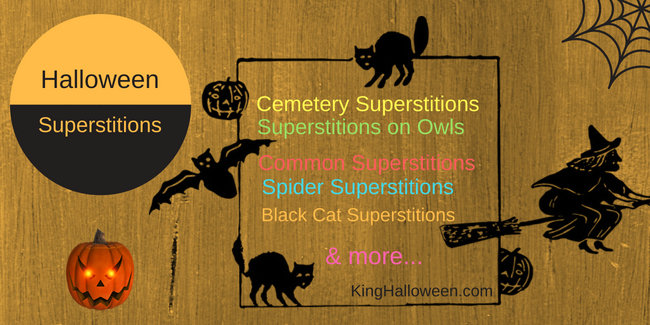 I don’t tend to focus on that. I tend to run under the basic assumption that once you’re created, you’re sustained by natural processes unless you go out your way to make it unnatural as possible.

But then, Ice never been a Star Wars fan.

Does your story’s world have its own magical life force or air that give the people it’s power or something?

The only Magic users “So Far” in The Endurlon are the Children of Mara. The Three Children of the Deity’s who would bring prosperity to Arillion and the race of Men… That fell way off the mark when Temukar fell into Darkness, and betrayed his brothers…

Geldrid has learned Magic over his long years, but seldom had use for it.

they don’t need to take it daily.

What happens if they stop taking it all together?

In my story, Elgana has magick in the air. The air in each Ring (each doughnut-shaped planet is referred to as a Ring) has some bit of magick. The fourth Ring has magick that is being used a lot, so it moves around and keeps active. Sorcerers who go there will feel quite energized like if you’ve had a good rest. But if you are a Sorcerer that lives there all the time, you get used to it and won’t feel anything. You will feel a difference if you return after spending time elsewhere.

The first Ring where humans live has stale, unmoving magick because no one can use it and anything that does have magick is too ancient like the portal. The portal is the only high-density magical part of the first Ring, but it won’t affect Sorcerers or other magical beings because the magick is concentrated inside the portal and not the type in the air.

Sorcerers who go to the first Ring from the fourth Ring will feel a little less magick energy and it might take them some time recharging after doing a strong spell. But it won’t weaken them considerably or anything. You won’t find lethargic Sorcerers lying around

In the beginning, however, when the planet Elgana was first created, each Ring had a different density of magick and the first Ring had much more magick than it does today. Still, Sixth had the most and First had the less. The level of density is what attracted the doughnut-shaped planets to each other in the way they are.

So, does stale magick make the planet wonky? No. The magick might be stale on one side of the Ring, but not the other

Elgana is all about balance. It finds a way to compensate.

An interesting thing about magical beings is that when they die, their magick returns to the air. So, like when you bury a body and the bones become part of the soil. Sorcerers’ blood is filled with magick, so when they die, their bodies turn into magick particles and disappear into the air while leaving behind some traces of ashes. It’s all about balance.

What happens if they stop taking it all together?

They could slowly get sick or die horribly from suffocation.

Magic is intertwined with the environment. All people possess the ability to use magic. Magic itself is unruled by a god or goddess, it is its own unique force, like water, or earth, or air–magic exists. In the person, it exists like an extra limb, or maybe more appropriately, like an organ. It’s a tool to be used. If one does not use magic, they become sick, physically and mentally

So, in your world there are pros and cons to having magic???
Am I misunderstanding things?

Yes. Especially after magic became corrupted, and using it became dangerous. All people possess magic in this world, so basically, they faced extinction.

A device called an orsa was created and implanted into people, nullifying their magic. Meaning no one would be able to use it, but it’s non-use wouldn’t poorly effect them.

That was a thousand years ago, and in some ways, magic slowly repaired itself, sort of like how the brain can repair itself. So, there are some who have begun using it again, although magic altogether is outlawed as it’s still unpredictable and dangerous.

Magic users use magic as I described in my initial comment

Overall, “everything has a price” applies heavily in the world and story.