Our planets are shaped rather...weird???

I am talking about fictional planets NOT really realistic ones.

Whether it is your fiction or someone else’s, do you know of any fictional worlds/planets that have an odd shape that isn’t common like real life planets?

I thought about this, and my newest planet’s shape is bizarre as hell.
It is a massively enormous block that is being hovering on the back of an elephant that can only exist in space. The elephant can either stay in one spot or travel to different galaxies and/or dimensions. Wherever the elephant goes, the planet obviously follows since it is on the creature’s back.

The elephant is even more massive than the planet itself and must do whatever it needs to do for eternity.

Now, that I revealed about my world, what about you?

Tell me about the odd shapes of your fictional planet/world!

I write literary realism so… no weird worlds

I think the wildest shaped world I’ve come across is Sir Terry Pratchett’s Discworld; a flat, circular world balanced on the back of four elephants which stand on the back of a giant turtle. 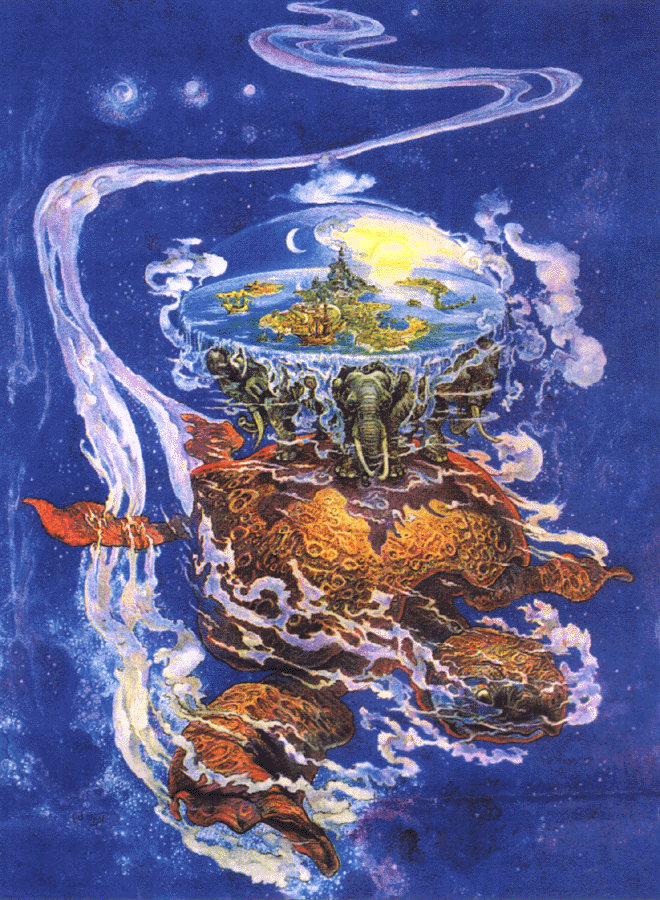 I knew this one was coming. LOL!

Lol of course it was coming. I dunno any other weirdly shaped ones hmm. I know the Cosmere worlds are spheres. Unsure about the shape of Amber from Chronicles of Amber.

I think Planet Popstar is weirder 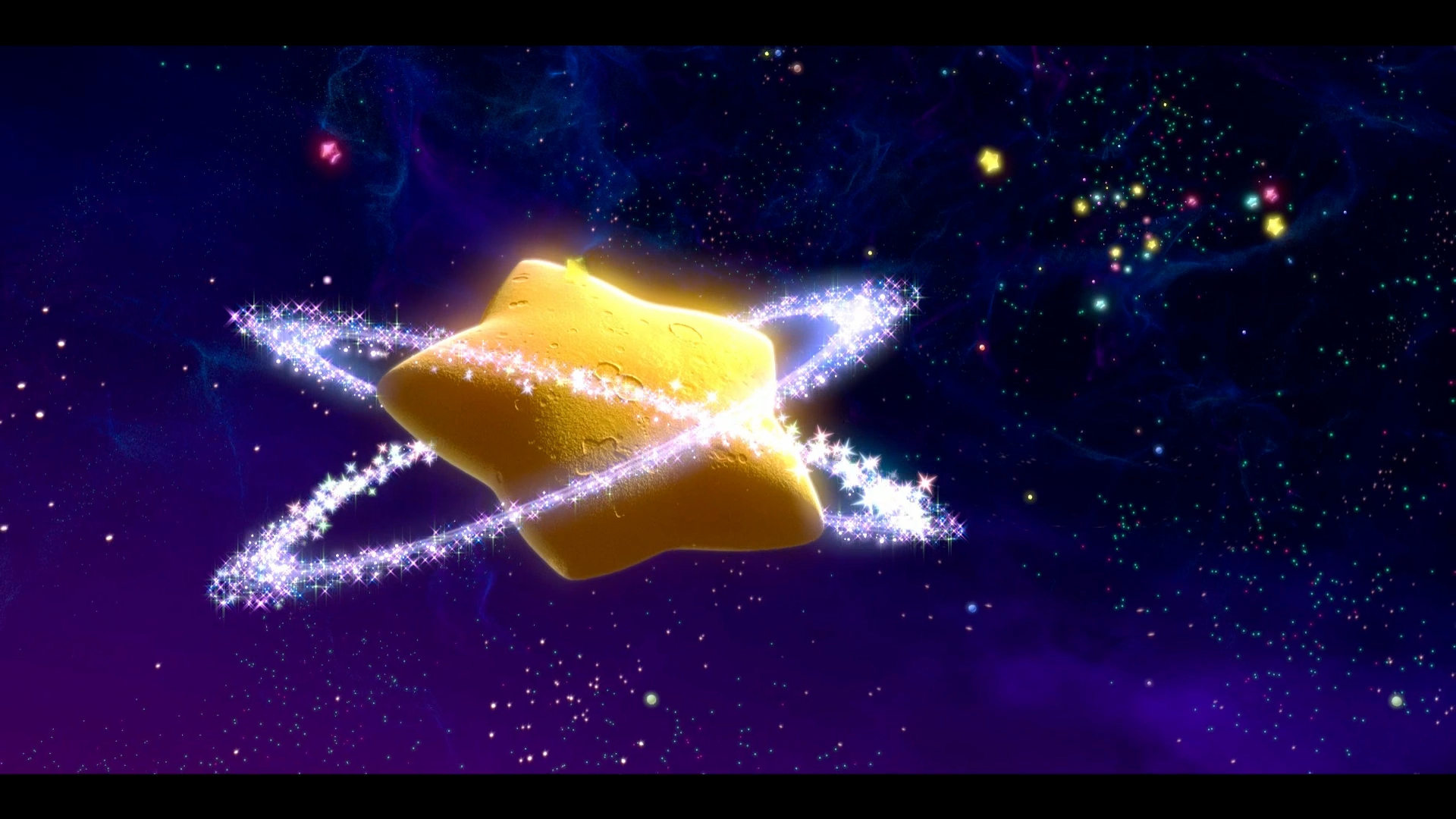 A lot of Kirby planets are weirdly shaped :0 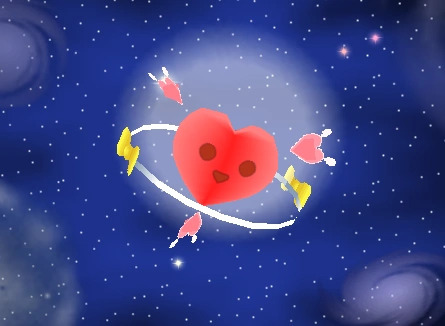 I usually just go for a circle/sphere. But in the Assassin’s Journals, when they travel to other worlds, they come across at least one that was in the middle of breaking up: once a sphere, too–low atmosphere. The current piece they were on was a segment of flat land that runs up into the hills, with cracks that are jumpable, possibly running through the whole chunk, and the underside would be an inverted mountain. A dead planet is a huskworld, and this one is nearly there.

You can disagree, but Kirby has possibly the weirdest worldbuilding ever

Your world reminds me of this: 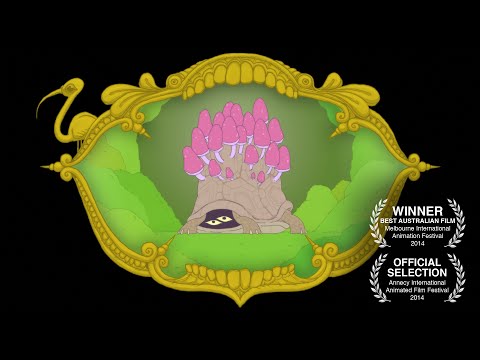 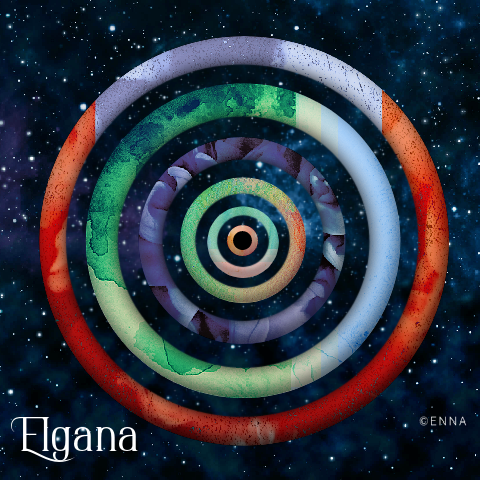 People only live on the surface areas. The underside is thought to be inhabitable. But there actually might be an entire other civilization on the underside who believe the same as the upperside.

The space between rings is actually breathable. The only unknown space is the middle of the First Ring. Scientists have sent probes inside and the probes have never returned. People have gone in and fallen in and never returned. It’s thought to be a black hole that keeps Elgana balanced.

I don’t have much to add

Most are globes. Where they are different is in other areas than basic shapes.

Like I have a globe with a main continent, and there would be a dozen other continents if they were taller: very shallow seas with trenches…and those trenches go all the way to the core:

So it’s a water world that could be described as having captured asteroids. Or it’s a totally exploded world held together by excessive water. The sentient species is lizard based. All the land lizards walk upright, are very humanoid, but the really ancient ones in land eventually walk around like gators, and favor swamps since swimming is less stressful.

But since they don’t die without predation, they eventually become shallow sea creatures, then trench creature, and one of the progenitors lives in the watery core, and the only prey it has is the trench monsters.

Well, humans arrive from space, seed the world with Earth sea life: which the lizards don’t mind. Nothing like whale to break up your daily cannibalism .

But it’s a honking sphere. Not special until you get through the details.