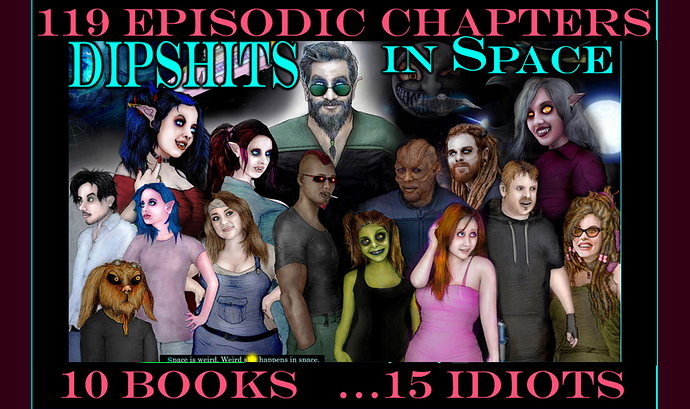 An eccentric comedy novel (that thinks it’s a TV show) about space, and the Dipsh!+s that end up stranded in it. This hyper-self-aware comedy of stupid proportions, centers around Captain William T Lawg (no relation) and his adventures as a guy who managed to afford a refitted soft-top ice-cream truck, in space. Explore the universe with his trusty crew of valiant randos.

Marley, the tech-bro, stoner spacebunny, who just wants to get away from his home world and the bullies it harbors.

Duffy, the plump and sassy female mechanic, who has had every job in existence totaling far more years than possible.

And lastly, but certainly leastly, that other chick the captain keeps trying to bang.

Ride with the crew of the notorious Tast-E-Chill, to a world of wonder that a lot of other space travelers have already been before, but probably not Lawg, so it’s still exciting. This satirical joke on itself and every sci-fi trope ever to exist, will be sure to either thrill you or disappoint you, because COMEDY…IS…SUBJECTIVE!

With a crew of 3-10 and an IQ of also probably 3-10, The captain putters along to uncharted lands, where history, loot, drama, innuendos of the sexual verity, and various Technicolor hoes shall surely be waiting, usually with some form of trap.

Menace: the adorable genderless frog-child-thing with the heart of gold and the dialogue vocabulary of a slightly trained parrot.

Greg: the 8 foot tall, ancient, thermonuclear, semi-retired alien overlord who just wants to prove he still has a purpose…and also to rule the galaxy.

Izzy: a 3rd generation, age-reversed reboot, accidental clone of her own mother/sister/older self, who happens to be Greg’s daughter-in-law…and much, much more.

Prepare yourself for shallow adventure, moderately-to high offensive dialogue, and overwhelmingly childish scenarios. Tag along as the crew battles, fierce enemies, lack of food and survival tape, and occasionally their own incompetence. Teen Romance, current politics, subtlety, dignity, this sucker has none of those, and it darn well knows it. Raise the sails and grab the rails as a bunch of dipsh!+s find themselves…IN SPACE. (Roll dramatic tapering credits, to royalty free trumpet music)

Title: Kill Them with Kindness

Binx is a normal non-binary student with a secret… They are a super villain!

Since they are a super villain, they have a nemesis and that nemesis is River. 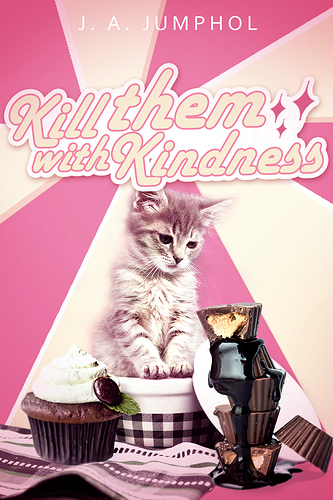 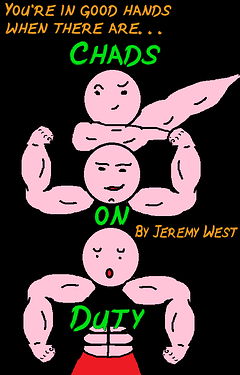 Chads on Duty series cover512×800 34.9 KB
Title: Chads on Duty
Subgenres: Comedy/Dialogue-heavy/Episodic
Blurb: Brad, Matt and Tyler are a trio of dudebros just tryin’ to hold a job while they scope out hotties and shoot the breeze. But this world is full of complaining Karens and belligerent bosses out to take a bite outta chill guys like them. And they soon find it’s gonna take a quick wit and a whole lotta Chadly charm if they wanna keep makin’ stacks. . .