Tabitha had only known love twice in her life. She was abandoned by one of them, and married the other. Now the lines between them have become blurred.

After a turbulent four years of marriage, Tabitha and Tyler Hunter learn they can’t have children because Tyler is infertile. The devastating news isn’t the only thing Tabitha finds. Gray, her childhood sweetheart and long-lost best friend, is a nurse at the fertility clinic.

After confiding in Gray about her and Tyler’s troubles, he offers her help to become a mother. However, Tabitha finds herself torn between her marriage and her want to be a mother, along with long buried feelings for Gray resurfacing.

Mature: (yes/no) Not currently [will be later, only have 2 chapters up right now!]

Title: The Ties That Bind 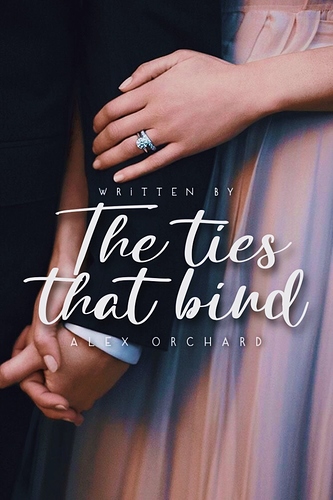 Ella Webb was never destined to be free.

Before she was even born, her parents had agreed that she would marry Dean, her best friend and the son of her father’s boss, when she turned eighteen. When Ella turned sixteen, her present was the fact that she was engaged to Dean.

Desperate for time to get out of her arranged marriage and live the life she wanted, she bargained for a three-year reprieve to go and get an education before marrying Dean when she graduated.

What Ella didn’t expect was to meet Matthew. They quickly strike a friendship that turns to something more, despite the knowledge between them that she was engaged to someone else.

Falling in love with someone else was never Ella’s intention, yet as she finds herself swiftly falling for Matthew, together they try and find a way to get her out of her arranged marriage. Along the way, they find out the secrets both her and Dean’s family had been keeping from them their whole lives, and they work out that Ella had never been more than a pawn in their families twisted game of lies.

Blurb: What if you found out that your whole life was a lie?

Emily never believed in fairy tales and romance; her life had been the total opposite. She was abandoned by her birth parents when she was born, her adoptive parents overcompensated for it for her liking, she didn’t do well at school, failed at university and had never been lucky in love.

Until Luke came into her life to turn it upside down: the instant they met, everything changed and she found the meaning of the phrase ‘fairy tale romance’.

Emily knew her life was complicated enough; let alone trying to navigate the lies and secrets she had to try and keep to herself every day.

That is, until Luke disappears for weeks. When he finally comes back, he comes bearing a secret that changes everything, forever and sends Luke and Emily’s worlds crashing down.

With the shocking truth out in the open, more and more secrets come to light, and the three of them find themselves entangled in each other’s stories; some deeper than they ever imagined.

With Emily and Luke unable to cope, will it push them closer together, or will it tear them apart?

Title: In Pursuit Of
Subgenres: Action, NA
Blurb: Henley expected to spent the beginning of her post-grad life working as an assistant editor in San Francisco. Instead, a kidnapping attempt thrust her into a life on the run, under the protection of a top-secret government agency. A summer road trip filled with room service, safe houses, and a couple of close calls was one thing. But falling for the agent assigned to protect her? That’s guaranteed to complicate things.
Target Audience: New Adult (18-25)
Mature: No
Trigger Warnings: Minor violence and sexual assault
Link: https://www.wattpad.com/story/227218678-in-pursuit-of 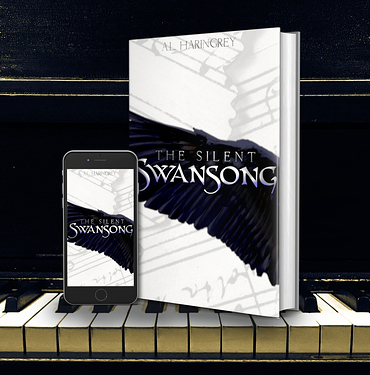 Blurb: Every girl dreams of meeting her favourite singer. For university student Stella Delaney, a chance encounter with her number one hero, Magnus Claymore, should have been the most perfect moment of her life. But the dream quickly comes to an end when Stella stumbles into the celebrity’s dark secrets and becomes entangled in the hellish chains of his music…

Can a fangirl help her idol find his wings?

And what use is a beautiful voice without words to sing?

Mature: (yes/no) No. Some swearing.