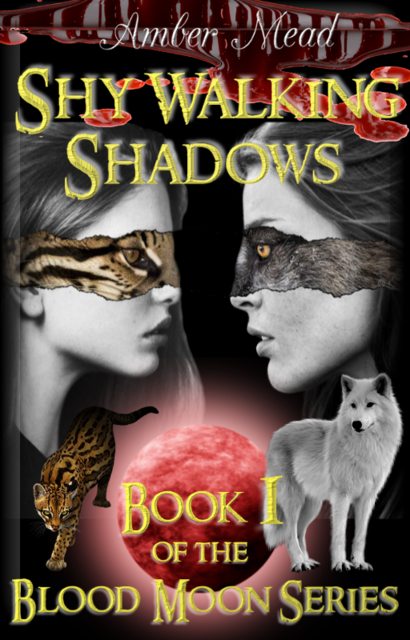 Subgenres: Dark Fantasy, Grimdark
Blurb: Kierra isn’t your typical ‘thin, fit, beautiful, and gentle’ heroine. She’s a big girl with a bitchy, brash attitude, and doesn’t care what anyone else thinks. She isn’t perfect and has no wish to be.

Faline is small, the softer side of the sibling coin, but no less tenacious. A carefree spirit who on many an occasion has to corral her sister before things get out of hand, she has a sharp mind colored in whimsy. A woman with a taste for life and becomes drunk with its possibilities.

A fated meeting with a mysterious yet handsome friend becomes Faline’s personal hell when Vampire fangs are bared.
A chance encounter leaves Kierra fighting for her life when she’s taken down by an insane Werewolf and left for dead.

The search for a lost sister has never been more perilous. A strange new supernatural world awaits them both as they meet fascinating new allies, make terrible enemies, and uncover hidden and buried secrets.
A Blood Moon is just over the horizon, and shy walking shadows won’t stay shrouded forever.

Target Audience: 17+
Mature: Yes
Trigger Warnings: This story has within it language, violence, gore, (consensual)sex, themes of rape, child abuse, mental instability, and other sensitive ideological scenes. If any of this offends you, please do not read this story(but know that the bad guys do get their comeuppance)
Also for those with pet peeves, most grammatical twists are intentional :}

Link: At Wattpad
At Royal Road
At Archive of Our Own

Book 2 is also being uploaded as well, so why not check it out to :}

Title: THE PACT OF LOVE 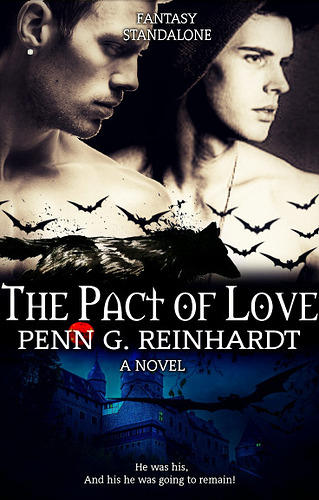 In a world and epoch where sexual intercourse is prohibited between unmated werewolves, Dee Silverstone and Arden Hazlewood are two to abide a scandalous secret.

Gay, best friends, and, obviously, answerable, Dee and Arden lived in uncertainty. If their future as the Alpha heirs of their respective packs was already all mapped out, their fate as lovers was rather blurry. As their mating rituals approached, they started to envision the worst. Afraid to be mated to someone other than to each other, they readied themselves to sink deeper in their transgressions with the blessing of their wicked wolves.

Eventually, Dee’s coronation celebrations came by and the two clandestine swains were delightfully surprised to find out that they were mates. Happier than any other breathing werewolves, they couldn’t picture a better gift from the Moon Goddess. Alas, if their mating was unexpected, their bliss from another side was short-lived. Soon enough, the heavens collapsed on their heads and the forest started to unveil its secrets, making of their ideal nothing but an olden story.

Will their unconditional love be strong enough to thwart the elements, or will they harvest piece by piece the aftermath of their carnal indulgence? Nothing is sure, especially when a lovelorn vampire prowls silently around the Pack House, unable to let go of his long-lost Alpha bloodmate.

Link: THE PACT OF LOVE 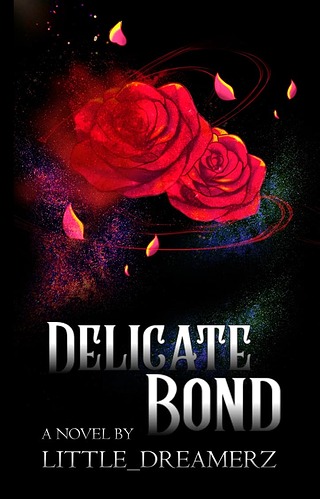 In a world where werewolves secretly co-exist with humans, it quite common for werewolves to reject their soulmates in hopes to find a partner with a better status.

Unfortunately for Evelyn Bonnet, she is one of the werewolves that have been rejected by their soulmate but that didn’t stop her from becoming the pack’s diplomat. When a delegation of sirens came to visit her pack, she felt unexplainable attraction towards Prince Kai who was one of the visitors. After they got to know each other, Evelyn receives an unexpected marriage proposal from Prince Kai, that she accepts.

Except, how can Evelyn judge the future Queen of Werewolves when she is the soulmate of the chosen King?