So I will make you some drawings of your OCs.

Okay, so I want to draw you your OCs. Just a follow and done! https://www.wattpad.com/user/Carcoleghoast

Name:
Gender (of them or they, feminine or masculine?):
Hairstyle and colour (reference please):
Eyes:
Skin:
Height:
Personality:
Shirt:

I am only drawing busts (for now).

I made this topic because I want to improve my drawings! I’m not a bad artist, I promise you, and I will post my art after my first customer! 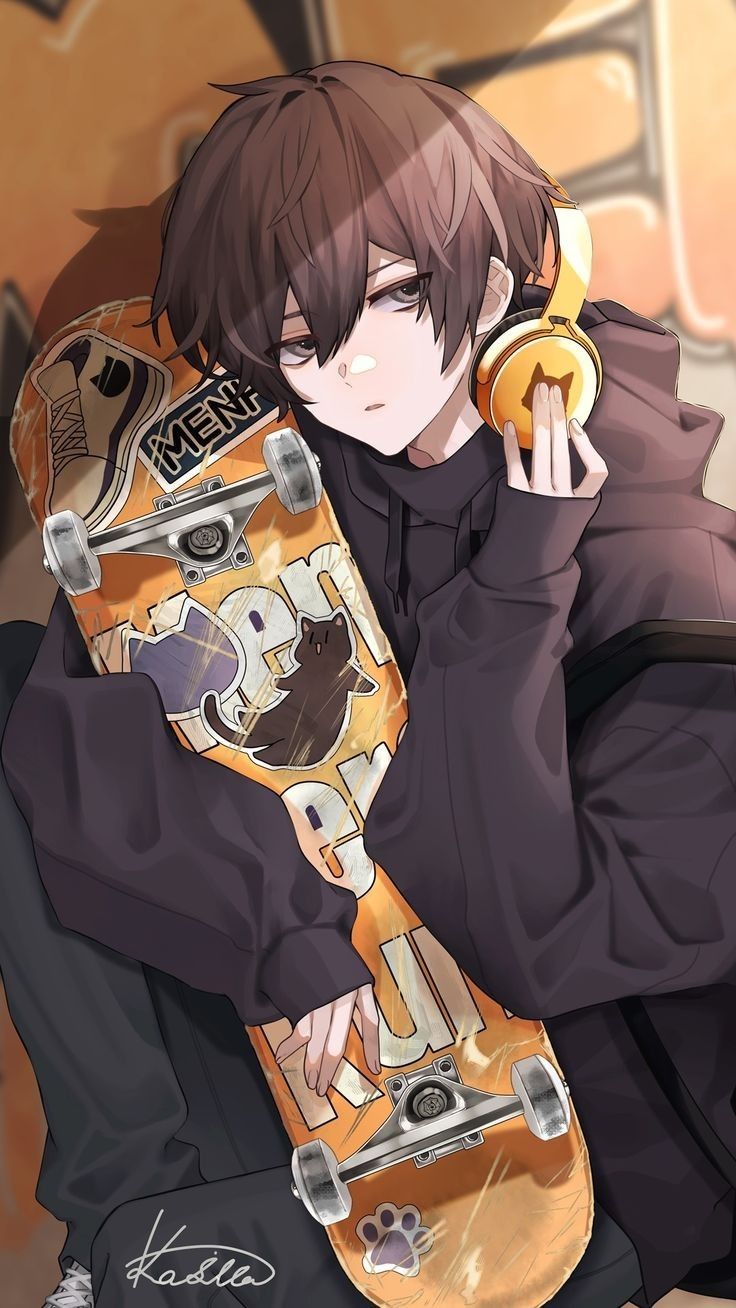 Apr 16, 2020 - This Pin was discovered by Sofeaamani. Discover (and save!) your own Pins on Pinterest


like that except black :))
Eyes: A dark, empty obsidian
Skin: Asian?
Height: 5’2
Personality: Kinda twisted and sadistic, but sort of child like at the same time. Also, he’s a bit unstable and stuff, too.
Shirt: If you could do like a loose black sweatshirt that would be great but if you don’t want to that’s fine :)) He wears skinny black ripped-up jeans that cuff at the bottom. And for shoes just hightops.

It’s fine if you don’t want to!
Tell me if you need anything else!

Just wondering but do you have a link of the book? I can draw someone better when seeing them in action

trigger warning: there is a bit of blood and very mild violence

Name: Jax
Gender (of them or they, feminine or masculine?): male
Hairstyle and colour (reference please): it’s kinda hard to explain but there are some white highlights in his black hair, lemme upload something for reference. The white streaks are sidebangs and some strands on the bangs if that makes sense?

Eyes: left eye is white and right eye is black
Skin: fairly light
Height: short, so about 5’ 5, something like that
Personality: mentally unstable, so he can sometimes act childish or straight up psychopathic and sadistic~
Shirt: an oversized black hoodie with cat ears, a choker that looks like a collar and under the hoodie is a tight black turtle neck
Other: he has a Diamond tattoo (that is black) under his black eye, and a beauty mark on the right side of his mouth. it is optional if you want to add blood

I’m excited to see your try on it:)

Your thread looks like it’s better suited to #artistry-castle:graphics-bazaar , so I’ve gone ahead and moved it there for you.

I’ll definitely work on yours! I’ll make it semi realistic since I think that would fit your character ;D

Thank you! Hope you have fun~

@carcoleghoast ohhhh sorry i forgot to allow you access to my story! you have access lol it is unedited tho so sorry if it’s hard to read xD (sorry if this is too late)

I’m just letting you know, but I’m unable to draw the hoodie with cat ears since I’m still trying to learn how to draw wrinkles and clothes. My apologies!

It’s not a problem. Thanks for letting me know!

No problem, take your time:)

I have two OC’s if you don’t mind?

Name: Diran El Salah
Gender (of them or they, feminine or masculine?): Male
Hairstyle and colour (reference please): Dark brown/almost black, and short but long enough for a girl to brush her fingers through. He wears a hood when he ‘works’ so it’ll be a bit messy.
Eyes: Brown
Skin: light brown/bronze
Height: he’s pretty tall. I don’t know what it is in inches…but about 1m80?
Personality: He’s goodhearted, wants to fight for the cause and peace on earth. He does have anger issues and is up for revenge on the man that murdered his family. He’s serious and can be very intimidating until you get to know him and find out that he’s a really nice guy that’ll do anything for the people he loves.
Shirt: He’s an Assassin from the 12th century, so they wear more like pants and tunics and had weapons on him. My character is based on Altaïr from Assassins Creed. See pic: 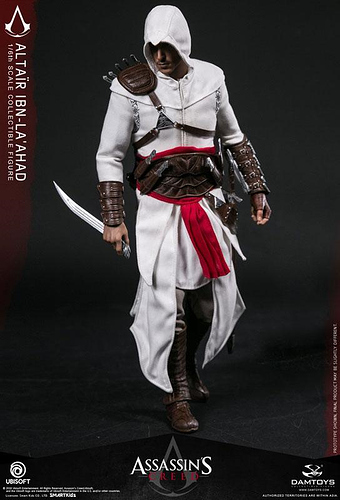 Name: Lusia Al Morabet
Gender (of them or they, feminine or masculine?): Female
Hairstyle and colour (reference please): Dark brown/almost black. Her hair is in between straight and wavey…
Eyes: Emerald green (they can stand out)
Skin: light brown/bronze
Height: Also no idea what it’s like in inches…but about 1m68?
Personality::she’s sweet but fierce. She’s a bit insecure but will do anything if necessary for the people she loves. She’s very sensual and seductive. She could wrap any guy around her finger. But she’s also a fighter and uses two short blades when she does.
Shirt: She’s a belly dancer . Mostly I describe her in either red or gold tight tops showing off her belly. She’s sexy but modest. Either that or she’s dressed in a traditional white Egyptian dress with gold accessories. 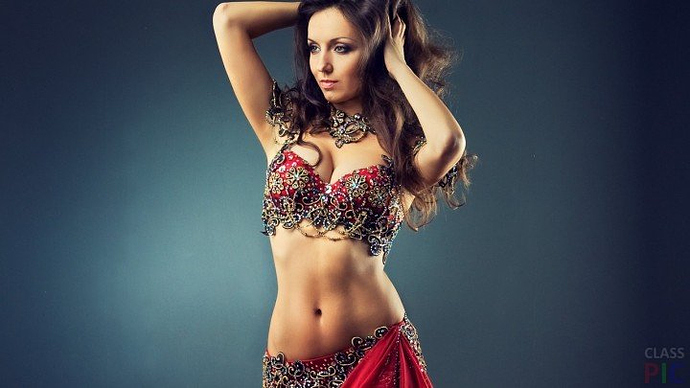 I thought they might make interesting characters to draw. Hopefully, I’m right about that

I have two but you are welcome to do one or both, I don’t mind.

Name: Leia Asimi Lockhart
Gender: Female
Hairstyle/Colour: Her hair is just plain jet black and its just lower than her mid back. It has a slight wave to it.

(reference’s hair colour is not right, I couldn’t find a pick with hair as black as I imagine)
Eyes: Leia has heterochromia and this is ver specific but her left eye is a dark forest green and her right is a pale ice blue. She also has bushy-ish eyebrows like the reference here:

Skin: Her skin is pale but still has a hint of tan. Full lips and a few freckles on the bridge of her nose.
Height:5’7
Personality: Although I’m quite confused why its needed for a drawing, here it is. She has a very short temper. Stands up for herself. When upset, turns to sarcasm. Unintentionally doesn’t hold in her feelings but still explodes sometimes, hates snobby people. Ignores people when they get on her nerves. Confronts people if there is a problem. Only listens to people if they listen to her. Doesn’t like meeting new people. Only trusts people when they prove it. Not rational.
Clothes: Her signature outfit is a short sleeved top saying ‘Look.’ at the breast part but on the stomach of the shirt it says ‘Pervert’. She wears skinny black ripped jeans but she has a blue flannel shirt wrapped around her waist.

Name: Hunter Aphrodite Flightwood
Gender: Male
Eyes: Grey with streaks of faint black
Skin: Tanned as if he lives at the beach. Beauty mark on his left cheekbone and also one on his hairline, spare upper lip.
Height: 5’9 and a half
Hair: just darker than matte black but its long (not long enough for a man bun though)

Personality: If angry, gives people the cold shoulder. Doesn’t like to open up to people about anything. Usually doesn’t care if in trouble. Hates being told what to do but only makes exceptions if he believes the person is wise. Person magnet. Very neat. Thinks he can do anything and never backs down from a challenge. Lethal when he wants to be. Skeptical of new people. Puts on a comfortable front in bad/awkward situations. Ignores problems and becomes distant.
Clothes: Literally just a white shirt, light grey hoodie and stone washed jeans. He also has a silver ring on a leather necklace around his neck.

Just ask if I’ve missed anything out :))