If you’re unfamiliar with Wattcon, it’s a gathering of writers and readers from Wattpad (anyone can buy tickets and attend) to hang out. People from HQ, trad-published authors from the Paid program and or Star program who have gotten their stories published and or made into films will be on panels to talk more about their journey and advice, answer questions, etc. They may also have book signings, giveaways, and more.

Think of it as ComicCon but smaller and for books. Lol. They’ve had a couple of them in the past. I believe they’ve had one in London, one in Toronto (at HQ), and then their last was in New York City in 2018.

Looks like this year’s Wattcon will be in LA in November. This is their official announcement from the Wattcon profile: 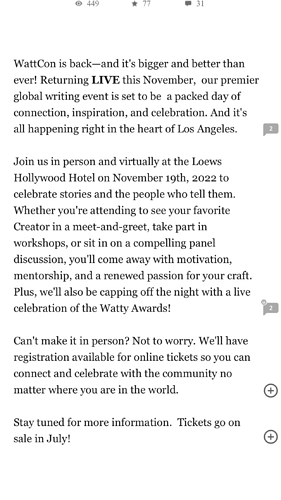 There have also been some vlogs from past conventions, I’ll put a couple down below to get a better idea of what it is, and you can look up on YouTube of full conversation panels: 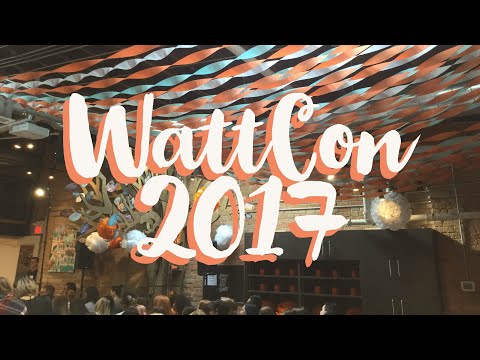 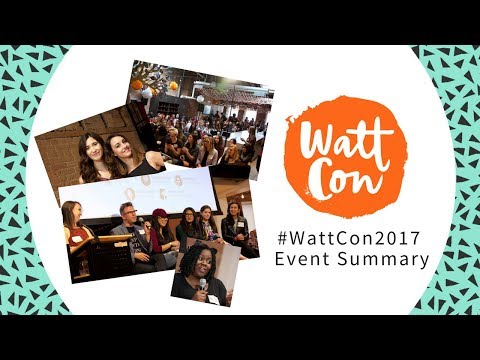 Are you gonna go? Would you like to even if you can’t?

Personally, I would love to go (ever since I’ve heard about it a few years back) but I’m nowhere near LA nor would I even have the money to travel that far. So… I won’t be going. Hopefully sometime in the future.

I’d only go if I was traveling to LA for something else, like vacation or visiting friends. Since I live in the east coast, I wouldn’t want to spend my money on a flight all the way across the country just for a con.

If they have it in New York again one day then I would go.

I feel that. Though, I would center it around a vacation like spending the one day at Wattcon, then the rest of the time at the beach and attractions. But if it wasn’t so costly, it wouldn’t be a big deal. I understand they’re using big cities and whatnot, which is fine, but I wish they would do it for multiple areas throughout the year. I’d definitely love that.

I’d love to go! I’ve personally never been to any writing conventions, but I love the idea of hanging out with fellow authors and readers. Wattcon sounds very interesting to me, because of that!
But I’m definitely not going to attend in person, because it’s literally on the other side of the planet. As for virtually, we’ll have to see, I’m going to be sort of busy at that time, but I might decide based on the timings.
Are any of y’all planning to attend virtually?

I’m not sure. It’s during figure-skating season, so probably not

I’m going to Mississauga already for Skate Canada during the last week of October and it’s a long trip from Calgary. Plus, it has been an unsuccessful year so far for writing milestones for me, so I am worried about my mental health.

I would go to troll and party

I’d love to go! I’ve personally never been to any writing conventions, but I love the idea of hanging out with fellow authors and readers.

Same! I’ve never been to any conventions or meetings, but I wouldn’t mind trying it out.

Are any of y’all planning to attend virtually?

Probably not because I never attend online stuff on time, especially if it interferes with real life, so I’ll just wait until the vlogs and recordings show up. Haha

Plus, it has been an unsuccessful year so far for writing milestones for me, so I am worried about my mental health.

Awh. I hope you get better.

I would go to troll and party

” and then be like, “Please publish one of my books…

Tbh everyone should protest about the forums and the newsfeed there haha.

When they do one in Ireland, I’ll go.

Awh. I hope you get better.

oh, I’m fine, thank you, so long as I stay put and work tirelessly.

Maybe one year they’ll come to Atlanta and I’ll be there holding my little “Bring back the forums and also let us schedule chapter updates dangit!” picket sign. Until then, I’m too poor to travel.

Yeah, that’s true. I will be watching the vlogs, too, hopefully it is as fun as it seems!