he’s the one running from the police

he was already running

he was already running

you still told him to run

take it up with him not me

If you ever need to learn about occult stuff for your book, here it is.

Do we are writers get bitter when we don’t get to write a sentence or a paragraph for our stories that we really beat ourselves up over it? Why is that?

I get it. It is more than simply trying to get work done and over with. It is more like we our trying to see how far we go and keep the momentum going and the creative juices flowing.

When we don’t reach our word goal or whatever, as writer we can really beat ourselves down over it. Is there a clear reason for it?

Why we do this? Tell me, because I have moments where I am lazy and procrastinate a SHIT ton, but I still manage to plot/plan/write. It isn’t the best, but it is something.

What are your thoughts in all honesty?

No writing again. Still in a flunk, but trying to take the time to recover mojo.

I’m thinking I should do this before I write my two stories.

Write every single thought/thing down that I would like to do/add to the stories, then from there I start the story itself and see where that takes me.

It’s better than nothing.

You can skip this rant. I’m not expecting responses.

I know, it sucks. But the more comments you get, the more likely you get the ones you can use. Try Dreamland Rush or similar club. People for the most part don’t have time to pontificate there and you will get emotional response feedback.

Personally, I had been fighting adjectives, metaphorical writing and ‘inverted’ delivery, when things are explained too late, so a person has to go back and reread the paragraph.

But there is a difference between actual flaws and delivering cardboard pizza writing.

Anyway, I had a migraine that slowed me down, but was able to get another chapter down in Radish book, up to 44.6K total.

NONE OF MY STORIES ARE KEEPING MY INTEREST AGAIN!

What should I do?

That drive is why I can’t ha g with noise sometimes. I want to concentrate on writing, not kids. And so, sometimes I have to give up.

Use dice to choose the story direction! 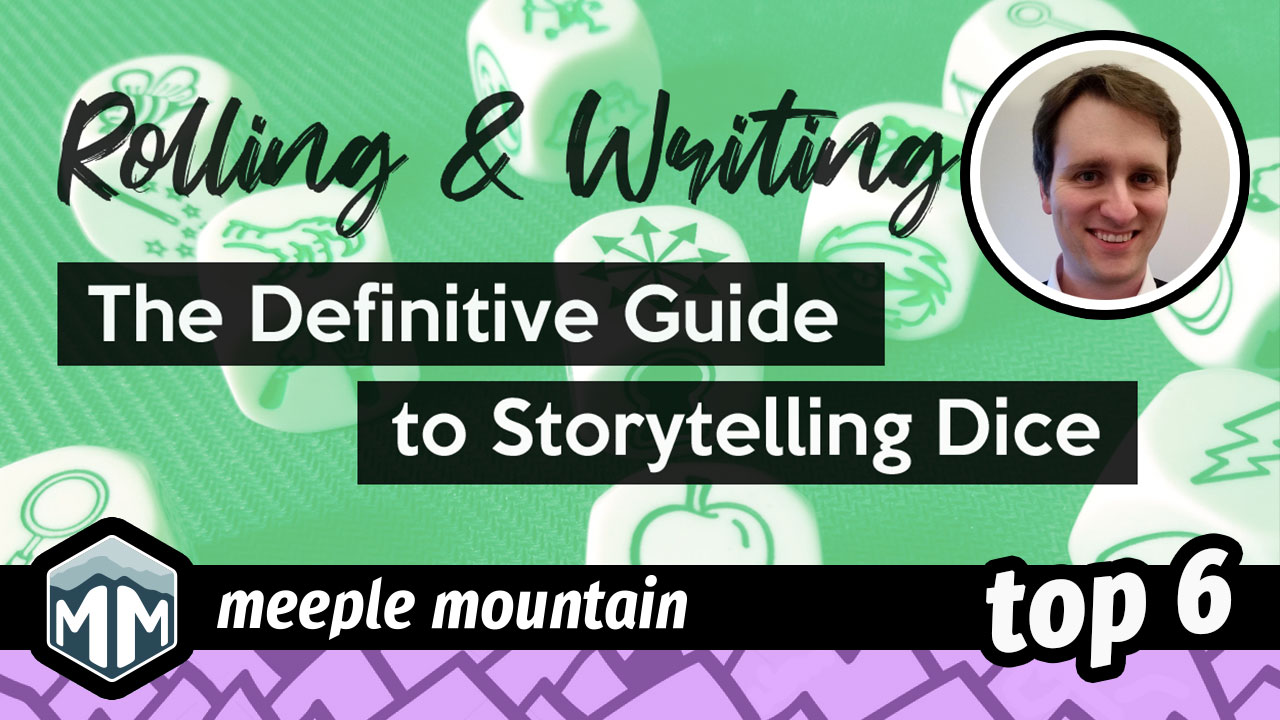 Rolling and Writing: The Definitive Guide to Storytelling Dice –...

When I grow up I want to… be an author. As a child I wrote story after story, taking inspiration from the smallest things and imagining a hardback future. Meeple Mountain presents a guide to the different types of storytelling dice available. Click...

Go for the one closest to completion.

Think of horrible ways to end the story you choose to plod through, just like you did for ONC.

Today isn’t going to be a writing day for me. I did some editing for Radish, loaded a chapter of both stories there, and will have to sit down and read a book to write a review.

Plus, this week’s reading starts to come in too, which always puts a bit of pressure on me.

I just came up with an even better idea for one of my stories. I shall be focusing on two novels and nothing more than that. I do have a personal deadline which is focusing on these two stories until I am fifty-nine years old. It sounds ridiculous, but I don’t care.

Ryker is in a jar unable to breathe and get out fast enough.
I need a title that will better fit this story. I could name it “Ryker”, but things like that have been done so many times.

What do you guys think?

Use dice to choose the story direction!

Go for the one closest to completion.

I don’t know which one that is. I have too many ideas/drafts.

Think of horrible ways to end the story you choose to plod through, just like you did for ONC.

That is a good idea, but then, I really can’t be bothered rewriting the whole damn thing for the second draft because Billy says X is off and Sammy won’t accept it because Y if I wanna publish it. I wanna self publish, but that takes too much work as well.