Supernatural Fans! Send me your knowledge!

I need to know if the Winchester Bros could take down the Sorcerorus Kingdom and Ains Ooal Gown, and other extremely important questions.

the who and who what now?
…spoilers for the entire show if anyone cares its been over and dead for a good minute now tho

they’ve both died a hilarious amount of times but obviously never stayed dead, dean has literally gone to hell and back, sam was some demon chosen lottery ticket thing and thus special but beat that, they learn they were born to be literal meat vessels for archangels for some big war thing, sam gets put in a hell box with the devil and an archangel and somehow survives (though thats very debatable because he came out a shell of a man), dean gets rid of a formerly thought extint big bad monster but in the process gets sent to literal purgatory and Again survives, dean for some reason i don’t remember ends up getting the literal mark of cain??? dean suffers from main character syndrome because he then becomes a literal demon, and you guessed it survives that too, and then kills cain. oh and dean also kills death. literal death. dean becomes a meat vessel for an alternate universe archangel AGAIN and survives that AGAIN. and then they defeat literal god. dont kill him i dont think but do literally defeat him

the who and who what now?

“I will announce the goal for everyone to turn Ainz Ooal Gown into an eternal legend. If there are many heroes, then we will replace them all. Let the entire world know that Ainz Ooal Gown is the true hero!”

— Ainz announcing his goals, setting all of Nazarick into motion. 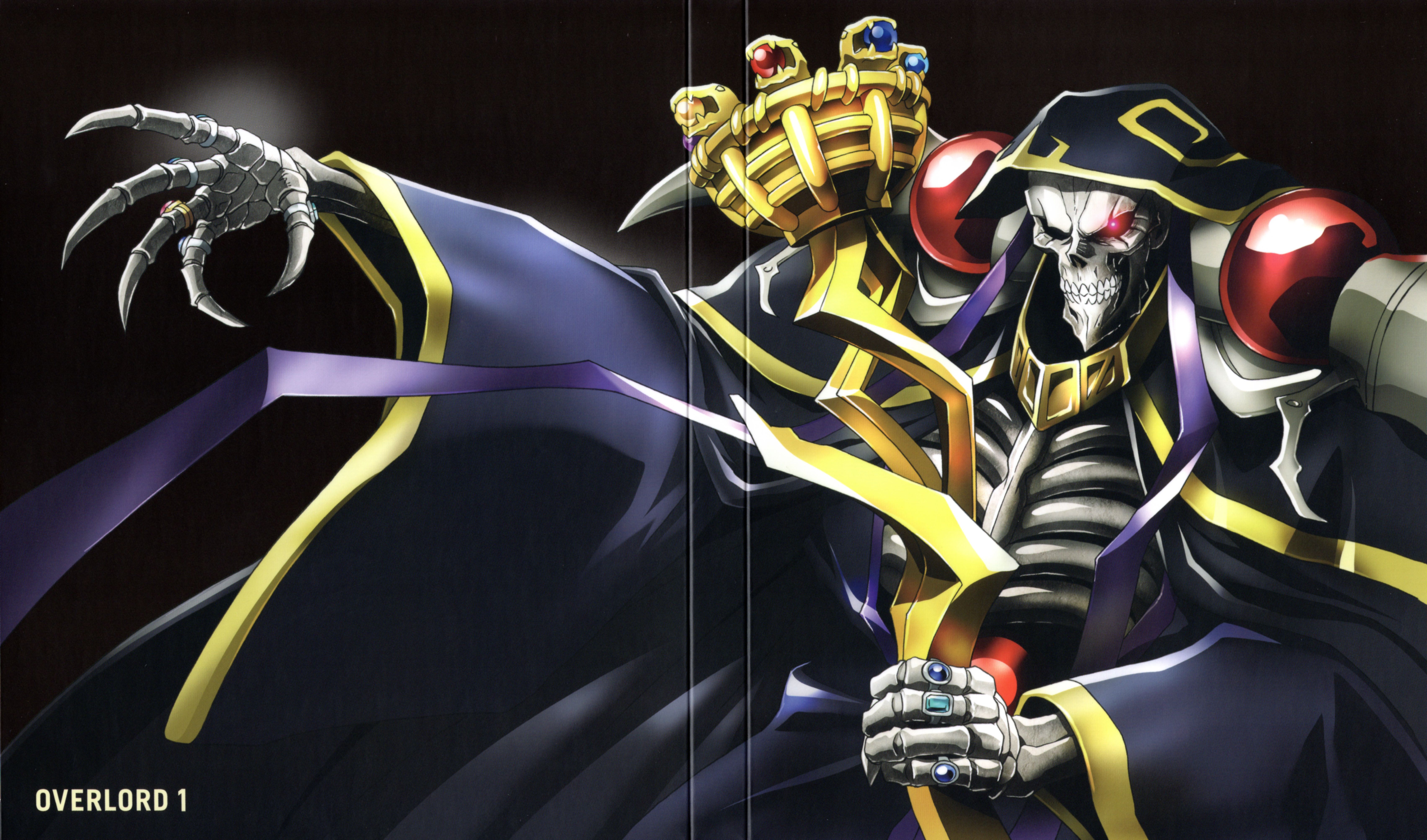 This dude. Could they take him on?

still have no idea who he is LOL, but if they could take down satan, god, death itself, and a plethora of ancient monsters, i’d peg Probably until i actually knew what this character was capable of

From what you told me, it seems that the showrunners were trying to outdo the finale of the season before. This makes for a ridiculous world because they keep needing a bigger and bigger villain to fight.

Ains is a Lich Overlord who commands legions of undead, demons, and beasts, and has allies pretty much all over the world.

You could probably get a season of Supernatural out of that.

As far as weaknesses, there are certain rare magical items that gave prove to be a threat-if you know their secrets.

yeah supernatural was whack and was meant to be dead years ago, but i don’t complain much because i liked the show. would i be mad if it ended sooner? nah, needed to go. would i still enjoy future seasons? yeah why not

same way they defeated everything else (like keep in mind satan also commands legions of demons and undead and beasts and stuff like that) through increasingly stupid means and self sacrifice. some big weapon they spent an entire season looking for with the capabilities of killing that one specific monster, some big ancient spell that they arent even sure exists but is their only shot, etc. sam and dean are crafty, and sometimes in extremely stupid ways but it gets the job done i guess LOL

I would forgive it more because Ains is a lonely socially awkward middle-aged man in the body of an unfeeling skeleton.

If you can get past his inner circle, he would be very easy to manipulate.

It’s a weird mix because the world of Overlord is not quite as easy on humans, so they’d be under a lot more stress because instead of having the Supernatural writers, they have to deal with Maruyama.

And that is not a fate I would wish upon anyone.

Oh, yeah, there’s humans that worship him too

at this point i honestly don’t even know how human each of them are you know? just remembered before satan and that archangel was thrown in a box, sam was literally satan for a minute, i genuinely don’t know just how human they both are after everything they’ve been through

Do you think they know?

No wonder there’s so much fanfiction!

they know they’re extremely fucked up and that they were unfortunately meant for greater things (that they obviously rejected and shut down) but beyond that i don’t totally know?
i never finished the last season, (and i don’t really want to because i know it ended in the most dumb way possible and it pisses me off) so if that was something they potentially touched on i’d have no clue

Sad to hear how little development Sam got.

But it will make for a good story.

oh no he got a lot! just dean was my favorite back then, so my brain kinda shoves sam info out which is entirely a fault on my own, not supernatural lolol

though dean definitely suffered from main character syndrome more than sam did, because it was a whole dynamic of dean being the chosen one/doing everything himself/etc because he’s the big brother and supposed to protect sam, not the other way around - but sam does still have his own stuff going on

anyway if ains was on their earth they could probably defeat him because unfortunately, that’s their whole schtick. if not, i’d still say they had a big shot at it but who knows for certain, they were earth gods favorites, not other planets gods favorite

That triangle never fails to surprise me

It’s possible, but they would have to plan and stock up for a very long time, trade their very souls to accomplish it, and then one of them would die so theatrically that the other would go insane. Plus they would be dragging angels and demons behind them in a ragtag army, just for evening the odds.

But they aren’t indescriminate killers. They stick around long enough to do d out what Ains is really like, they probably would leave him in place to not have to deal with something worse.

To show how much of this I watched: Jensen Ackles. I NEVER know the person playing a character’s name. Never have the urge to look it up, either. I know who he is and can see a face attached to the name. Jeez.