Does anyone have a character who is like this?

Since I never liked the chosen one trope and don’t believe in fate or anything like it, all of my characters are the unchosen one. I firmly believe we control our own lives and destiny is bullsh*t, I’m not gonna write about a concept I don’t like the idea of. Besides, I think it’s better if characters drive their own plot forward anyways instead of just letting the story happen to them because “it’s prophesy”. Who wants to read or write about a victim of circumstances? I want to read and write about someone that plays an active roll in deciding what happens and how to deal with it.

That was beautiful and makes total sense…

Mine are all the unchosen ones too hah.

Some of the characters in my first novel could perhaps qualify. A small selection…

Zorik is introduced as an Israeli mercenary / bounty-hunter tasked with killing the smugglers Richmond and Rau. At the first chapter’s end Zorik decides to prioritise the rescue a pretty young albino girl*, one of Rau’s captives, over waiting to ambush and kill Rau (who was absent at that time). Later Zorik is convinced by Ashley to abandon his task of hunting / killing Rau, and to escape with her into Europe (while baiting Rau’s group so Zorik’s ‘friends’** can deal with them).

Ashley, *the albino girl, at first appears resigned to her fate, one of several girls being smuggled into Europe by Rau. Her original (pre-story) task of escaping the collapsing Soviet Union with her younger brother (Uric) failed, and she had to flee from Uric to protect him. When Zorik is critically wounded during his ambush of Rau’s group, and Ashley discovers his reckless attack was intended to protect her, she decides against escaping into Europe with the other girls and stays by Zorik’s side. Oh, Zorik gave Ashley the nickname ‘Little Angel’ (a reference to her albinism) in their first brief encounter, and it later becomes her rank among the **mercenaries (in recognition of her bravery and protective nature).

Yasmine, introduced as a young equally vicious and efficient assassin, Zorik’s ex-girlfriend, and the junior member of a Bedioun mercenary team. Yasmine is noted to have the personal goals of restoring her pride and returning to Zorik’s side as a fellow warrior. Yasmine views her official missions as just means of completing these goals, and the missions (e.g. extracting Ashley) have no importance beyond that. However, the story concludes with Yasmine being the unofficial hero, being elected to lead the Bedouin mercenary team with her warrior’s pride / honour restored, and Yasmine becomes Ashley’s informal friend / guardian daemon (continuing to aid and protect Ashley regardless of her personal goals).

I’ve been meaning to ask this, because I’ve noticed something about the novels that you tell us on here about and I’ve always wondered what genres would you list it under.

Military Fiction or something close to it?
It can’t be fantasy or science-fiction because it doesn’t have those elements to me.

Are you a military fiction writer or something?
I’ve always wanted to know. Sorry, if it seems rude or anything.

My stories follow the same character set. A group of ex-Special Forces mercenaries based near Be’er Sheva, Israel. 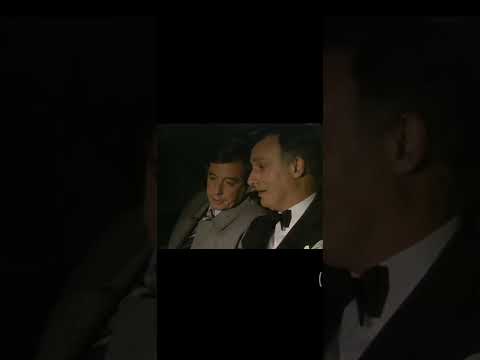 One of the first things I thought of.

Kind of wanted to pull a Berserk with my “chosen” one. They’re chosen, but to what end? Bad? Good? Who knows.

Fate itself in my world is pretty complicated. No one’s ever escaped their fate, but that’s not to say no one will laughs in foreshadowing.

I didn’t know Berserk was a Chosen One type thing. I assumed it was more of the Unchosen One situation.

You learn something new everyday.

In regard to Guts, he’s certainly an Unchosen one. In regard to Griffith, without giving too much away, I’d say he’s definitely a “dark” Chosen One, if such a thing exists. Which is brilliant, because both his and Guts’ roles in the story contrast so deeply that it makes interesting conflict, and that’s removing the interpersonal element.

Cool beans!
This is good to know.

For sure, manga isn’t always the best reference when writing novels (the storytelling elements, for example, are a ton different), but in terms of trope usage and characterization it can be really beneficial. Especially when analyzing a masterpiece like Berserk (or so is my opinion, lol).

I’d like to think most people have “screw that!” Moments with their characters, if they are writing something complex.

But yes, I write “flaw to the system” people.

One of the werewolf things that would be nice to rewrite and finish for once is this thing called Unresectable and it’s supposed to be a “glitch in the matrix” type thing, where the tropes don’t wholly work: it’s a mate that you can t get rid of no matter what you try and she feels nothing for you from the bond. So, destiny can’t unroll quite right, and it can start wars because she’s basically a mutant.

I want to say that Sovanna is an Unchosen One, but she’s more like The Poorly Chosen One (at the bottom of the article you linked). She doesn’t do such a good job at following the prophecy. In fact, she can’t even get her powers to work for the prophecy. Ultimately, someone else ends up stepping in.