Has the Wattpad ranking system been a little odd lately? Okay…I know it’s always odd, but I’m wondering if you’ve been experiencing the same thing.

I haven’t updated my story since the end of December. I get reads, votes, comments, and adds to reading lists every so often. Nothing big. I actually got a lot more about a year ago than what I’m getting right now. To give you an idea, I think I got 200 new reads on it last week, one vote, and six adds to reading lists. Seriously, not a lot of traction on the story. On Friday, it jumped to 78 in Thriller. Yesterday, it was at 74 in Thriller and #1 on the murder tag. I just find it odd that it’s ranking so highly when I haven’t added anything new in months. My gut says the algorithm is broken. What are you experiencing with it right now?

I also experienced a weird thing.

I wrote a book for a contest, so I HAD to post chapters rapidly to hit the word count goal. I didn’t even have time to promote it or whatnot. So, only a few people read, commented, and voted on my chapters on the same day I posted. What I meant with a few is not more than 5 readers. But then it started to grow and BAM it broke onenightstand tag, then chicklit, and now romance. In 2 weeks, from 1,2k reads now it’s at 25,7k reads and it keeps going up. I have no idea what happens.

I mean I know some writers update chapter EVERYDAY and they have more followers and they write MUCH better than I do.
So, yeah… I think there’s smth going on with the algorithm.

Ah I see, it happened before!

I mean, I use CEO trope but it’s an adult fiction sans smuts, it’s more about parenting and sprinkled romance around it. It’s not erotica, not mafia romance, not billionare steamy, or werewolf or other tropes that attract more WP readers generally…

So, I believe it’s just a random luck.

Wattpad’s algorithm has been broken for years after they did a random, stupid update so it may be one of the positive after-affects. I mean, don’t read into it and I would say, even though it may be random luck, enjoy the traction on your story as you never know with WP.

Yeah it probably is. The algorithm used to have a rhyme and reason to it, but I think Wattpad adding the tag rankings (not the regular tags) actually broke it because of what they did to the site coding. I read something about this once. I need to try and find it.

True! I’ve tried soooo hard with my prev books (especially my horror book). But well, it’s good to keep writing what I want to write while getting some reads

This answers my curiosity!

It’s like we’re playing game without knowing what the rule is. Yet we keep on playing

About 5 years ago, we could better guess where we would end up, now it’s a random game of luck. 7 years ago you could almost accurately predict where you’d end up. I think in part that they might have also tried to add the tags to make it seem more “fair” but like I said, the tags messed up the coding and now no-one really has a clue where their story will end up and who is actually reading it.

Man, this is kinda messy. They should do smth about this though. There are a LOT of excellent writers telling amazing stories that don’t get the reads they deserve! It’s discouraging!

Yeah, I know right? But again, unless Wattpad can benefit from it, I don’t think the stories will surface much unless you advertise to the point where you manage to get enough reads to smash the tags you are in.

unless you advertise to the point where you manage to get enough reads to smash the tags you are in.

This is not doable for some of us I believe. We have lots to do in rl

Unless we want to treat writing on WP as a job, but with no pay

Unless you self-pub. I am doing that if I get popular but I spose the time vs effort vs money thing only works out if you have a story that’s already doing well. Or you’re Rob Their or something lol.

Wattpad is spying on me… 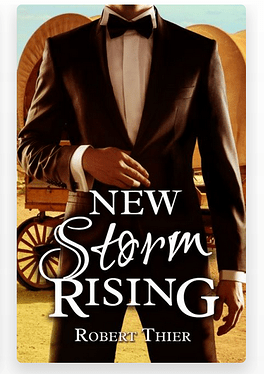 Look who appears when I mention his name.

Haha true! But it will take hell lot of years to practice writing to get to that point for me. And I will probably too old already

Yeah, and you need to build your name as well. Well, we can all hope for a fluke result and that enough people mention your name on here

Look who appears when I mention his name.

I followed his series. But I have to say, the latest one isnt as good as the earlier books. Or it’s just me?

I read the first 3 chapters and like, okay, I’ll come back and read the rest when I have time later. I remember years ago, I couldn’t stop flipping pages.

Well, we can all hope for a fluke result and that enough people mention your name on here

Building a name sounds a very hard work. I dont even care how many followers I have on Wattpad