Don’t try to pin one as your favourite, they’ll come and go anyways

That’s true… If you have a favorite, you’ll only be disappointed with everything else


Oh, I hope some day I'll make it out of here
Even if it takes all night or a hundred years
Need a place to hide, but I can't find one near
Wanna feel alive, outside I can't fight my fear


Isn't it lovely, all alone?
Heart made of glass, my mind of stone
Tear me to pieces, skin to bone
Hello, welcome home


But I know some day I'll make it out of here
Even if it takes all night or a hundred years
Need a place to hide, but I can't find one near
Wanna feel alive, outside I can't fight my fear


Isn't it lovely, all alone?
Heart made of glass, my mind of stone
Tear me to pieces, skin and bone
Hello, welcome home


Lit Street Nights | R. C. Noctem the streets at night promised a modicum of secrecy, rare silence, and a rather strange sense of freedom.


it promised the delicate beauty of a world cloaked in dark and speared by the cold silver rays of a glowing moon and twinkling starlight.


sleep hung heavily on her eyes, eyelashes sweeping languidly over her cheekbones after each blink. the clock was close to striking three in the morning of what was about to a very tiring workday, but as she nursed the mug of hot chocolate, she thought "this is too beautiful to miss", and there was no denying it was.


cars and motorcycles skidded across the gravel that glistened blackly, sheeted by rain and the first few flakes of snow. the streets were painted in shades of neon blues and violets that rippled across puddles that had formed on the roads. they marked the few open stores lining the area and the lack of people within or without, highlighting the strange calm that had descended over the usually bustling city.


she should be sleeping. but as she watched the street lights flicker through the night, she decided that these hours were better spent on admiring the view.


everything truly did look much more beautiful at night.

Hey there, I’ll add you in just a moment! Also, how do you classify clouds??

i dislike people as well at times xD

Ah, yes, clouds! They’re one of my obsessions. Well, I used to be more adept at categorising them but it’s been a while. So basically, there are different shapes and forms of clouds that have scientific names. The classic white, fluffy kind is called cumulus. There are also subtypes/species (like humilis, mediocris, and congestus for cumulus), but that’s deeper-level. The hazy grey clouds that look amorphous are stratus, and they sometimes bring light rain. Cirrus are the light, wispy ones (they’re my favourite) and they’re made of ice-crystals. And nimbo-form clouds are the storm clouds, like cumulonimbus (the towering thunderclouds with an anvil shape sometimes) and nimbostratus (which brings heavy rain and sometimes other precipitation). Those are the four basic forms but there are others that are a mix between forms.

Sorry if that got long, I could go on forever about stuff I like xD

You’re welcome! No worries, that was pretty interesting! I feel like knowing more about clouds now!

Rita is a lovely name as well!

Please do, I’d love to see them!

Trying to survive the piles of homework xD How about you?


Secrets and Lies | Ruelle You got a cold, cold heart
Do you feel at all?
You build a house of cards
But it's going to fall
You think I don't see who you really are
I got news coming
I've seen it all from the start


You got a cold, cold heart
You build a house of cards
I know all your secrets


I know all your lies
I know where you keep 'em
Buried deep inside
No, you can't hide your secrets and lies


So how did we get here?
Three weeks now, we've been so caught up
Better if we do this on our own


Fate, fate, fate
Is that what came between us?
Or did we do this on our own?


So how did we get here?
I'm asking myself why I'm so caught up
Better if we do this on our own 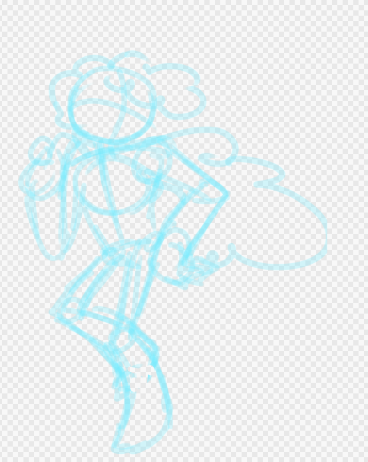 Trying to survive the piles of homework

Such a typical school life