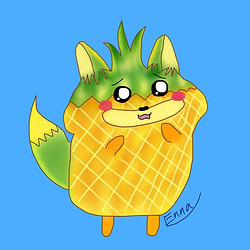 I’m not an expert on the 750+ word summary, so Pineapple Fox thought I might need some help and pestered me to set up this thread.

Thanks to you and Pineapple Fox.

My maim question is if you conflated the Queen of Hearts with The Red Queen in Chess.

I’m not sure I understand your question

The Queen of Hearts and The Red Queen are different characters.

Could anyone else lend me their eyeballs? I mean, of course, not in any gruesome way

Eryn Kingsly lives in the city of New Soleil. At the end of school, she looks forward to seeing her best friend Celeste on the weekends to hang out. However, that night, her grandmother dies, so Eryn must go with her parents for the funeral. She looks for sympathy from Celeste, but is told she shouldn’t get dragged into other people’s sadness. Because of this advice, Eryn avoids her mother after the funeral.

Just going to do this: a paragraph, to show you how I think about writing these things. (I say on occasion that I write things backwards, so I edit with that in mind. I also bring up business English…so…I’m a hair sensitive to how things are laid out?)

What’s the end of school? The day (since she is hanging out with friends on the weekend) or the year?

She looks forward to spending her weekends with her best friend Celeste during the school year.

She looks forward to spending her weekends with her best friend Celeste, once school ends.

The night her grandmother dies changes Eryn’s plans: she must go with her parents to the funeral.

Up until this point you’ve given enough information to where it’s only my understanding that needs clarification, not that you didn’t tell me. For this next one, I had to go to the last sentence to figure out what was going on. Contextual reading ain’t a big deal, but the synopsis is supposed to be straightforward. This isn’t storytelling: it’s a Novel’s TL;DR.

Eryn wants sympathy from Celeste, but her mother insists she shouldn’t drag outsiders into family sadness, forcing her to avoid contact with her best friend while mourning.

After the funeral, Eryn distances herself from her mother and her harmful opinions.

This ultimately causes a rift between mother and daughter and Eryn begins avoiding her mother.

So, after those changes, it should be more direct, but it also becomes less “your flavor”. That is why when people do lean heavily on my edits, I tell them to make word choices that suits them more than me.

Thanks for the feedback

What’s the end of school?

I was wondering if I should be more specific. It’s just after school and the next day is Saturday.

After the funeral, Eryn distances herself from her mother

I was wondering if I should be more specific. It’s just after school and the next day is Saturday.

Then the first one is the better edit.

Distances is definitely modern lingo for family toxicity, so it immediately catches an emotionally savvy audience which has trouble with the older generation (s).

If anyone has anything more to say, I won’t be able to fix it because I have already submitted.

But just for your perusal

I’ve been using “perusal” too much.

Logline: Eryn, a normal school girl transported to a Wonderland-like place, has to control her powers to fight manifested madness, in order to save two realms from destruction.