What is a great way to take an overused trope or cliché and twist it into something...unique???

Most people love tired old tropes and cliches which is why they are so popular.
Just an observation I’ve had.

Then there are the ones who wishes that the tired old tropes and cliches could be reinvented by people in a rather unique way.

For example: The chosen hero goes on an epic journey to save the world from the forces of evil.

Yes, it has been done to death. Yet what if more people did it like this.

The chosen hero dies while on an epic journey and can’t come back, so the world is save by someone who isn’t even qualified to save the world.

Still not enough, then how about this…

Yeah, it can use some work, but you get the idea, right?

So, tell me, what is a great way to take some overused trope or cliches and reinvent it into something…unique and interesting?

Lend me your thoughts!

The plot of one of my books is:

Ex-Princess Bride needs to locate and marry her dead-beat Prince fiancé to marry him so she could fulfill their magic marriage contract that prevents her from having intimate relationship with a dragon. After this, she plans to elope with the dragon. Meanwhile the dragon who is a Paladin is making a legal change with an arcane order against the contract using all of his fighting prowess.

Basically, no trope remained unturned in that story. Except Princess ends up marrying the dragon in the end, so HEA.

If you have any tropes and cliches that grew tiresome for you, how would you reinvent them to your liking?
(List them down and show me how you will change it in an unique fashion.)

All you need is to give it a different angle or inject some novelty.

Everyone knows what werewolves are like, right? I see people complain that they’re boring and overdone.

Those people usually shut up once they see Powerwolf album covers. You don’t see stuff like this every day. 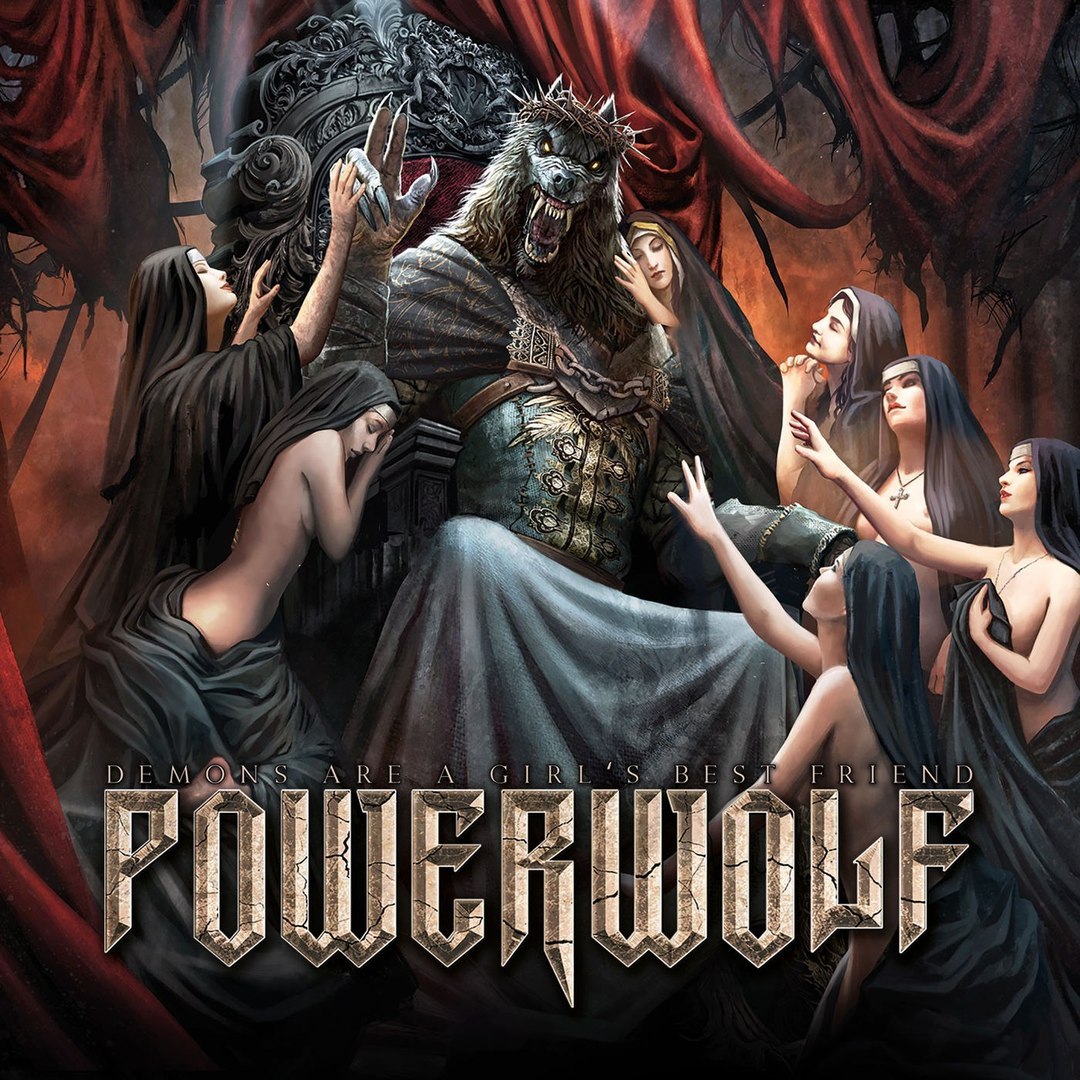 The easiest way to deal with it is from a character that’s not usually the MC.

You want to have the hot guy who is a fb jerk…ahem, jock?
You want to have the “ugly girl” who needs a change of knickers to be his siren?
Great, tell it from the 2nd ML, as he is rolling his eyes the whole time and becomes best friends the absolute dumbest girl in their class because they like treating the other two like they’re a movie to MST3K.

It’s kind of the theme I did with Mini Moo–not this directly, but the best friend girl who is a solid rock and won’t take crap from people, and the guy made up his mind from the beginning. They’re pretty stable from the start, everything else around them is less so.

Lmao, this is almost the plot of my work in progress. The hero just gets to a point where she’s like “Hold on, the other heroes I’m supposed to be helping and working with are all a bunch of ungrateful jerks who are trying to beat me and my child to death as we just try to exist as ourselves. Why am I trying to sacrifice myself to save this dumpster fire of a planet again???” and she just turns around and teams up with the monster she’s supposed to be slaying.

what is a great way to take some overused trope or cliches and reinvent it into something…unique and interesting?

Everything has been done before—that’s the first thing to come to terms with. But even if it has been done before, it may not have been done a lot, so you want to twist it to something that hasn’t really been seen all that often. Take Real Steal for example. The main thing is a story about boxing. We’ve had a ton of movies about sports, boxing included. Like we’ve had Jump In and Cinderella Man to name a few. But what makes Real Steal different? It’s not humans boxing, it’s robots!

And you can do this with any kind of trope or idea: think the exact opposite.

So, tell me, what is a great way to take some overused trope or cliches and reinvent it into something…unique and interesting?

Haven’t we…talked about this before?

Anyway, I have the chosen one, but that’s what SHE thinks. The chosen one races the villain to find a magical item. But is she really the ONLY chosen one?

Two stories are actually going on at the same time about two separate chosen ones. I’m only showing one perspective. They come together here and there.

I also have a story that is instead of good vs evil where good or evil are victorious, no one wins. They all kind of fail in the story. Even the villains.

Idk if this is a trope, but it’s the old “alien falling in love with a human and deciding to stay on Earth”. I had them make a better decision. I had them break up and had the alien leave because the alien is immortal and it wouldn’t have worked out anyway. Besides, it wasn’t real love.

Haven’t we…talked about this before?

I had new things to say anyway.

I had them make a better decision. I had them break up and had the alien leave because the alien is immortal and it wouldn’t have worked out anyway. Besides, it wasn’t real love.

That will upset most people. Good…let the readers suffer… evil laughter while rubbing hands together

lol, they break up in the middle of the story with good reason. And at least the boy is mature about it too and they remain friends. Also, the alien decides not to stay on Earth with her newfound friends.

(I feel like there are a bunch of stories like that where Alien helps Human. Befriends Human. Decides to stay behind, never to return to their home planet.)

It was so hard to end that chapter though. Her saying goodbye… I wanted her to stay!

But it’s best she left for various reasons.

I have a story with a wise old lizard man.

One of my books is basically the second chosen one example. MC’s girlfriend is the chosen one but is killed the night before she’s supposed to leave on her journey, so totally inexperienced, untrained, magicless MC goes instead and figures it out along the way.

It’s definitely a little different to the kind of thing I usually do. Lower stakes than your typical chosen one type story, lower action, but very intense and emotional. Layering all the responsibilities the MC is taking on along with her grief and trying to figure out what to do now without her best friend and the love of her life. I love it and I think it’ll be amazing once it’s done, but it’s pretty emotionally draining stuff to tackle so I have to write in tiny pieces.

Use Pinky form Pinky and the Brain as a model. You look at all the articles on it, Pinky is actually the genius, but no one would believe it.

Hey, that used to be my nickname. I haven’t heard that in years.
LOL!

Sorry I got distracted by an old memory.

Heyyyy, I have two more to add.

Idk if this is a trope, but when the antag reveals that in the end he wasn’t the antag after all and actually loved the MC or had feelings for the MC or something like that? And all this horrible stuff might appear horrible, but it was for MC’s sake. Idk what it’s called, but you know, like Snape?

In one of my stories, it’s hinted the antag, at the very end, might have feelings for the MC (or always did from when they were friendly), but the MC is far from wanting anything from him that she doesn’t even acknowledge his words. He also doesn’t make his feelings clear either and neither does he clearly say why he had to do all the bad things. It’s a sad ending in terms of their relationship, but my story wasn’t about romance anyway and my antag wasn’t about to pull a Snape and do a big monologue reveal.

Another trope twist here is on the “things go back to normal after a war” trope. They don’t. In my story, the damage is permanent. MC and antag will never be friendly with each other again. There’s no “Sorry, can we be friends again?” scene.