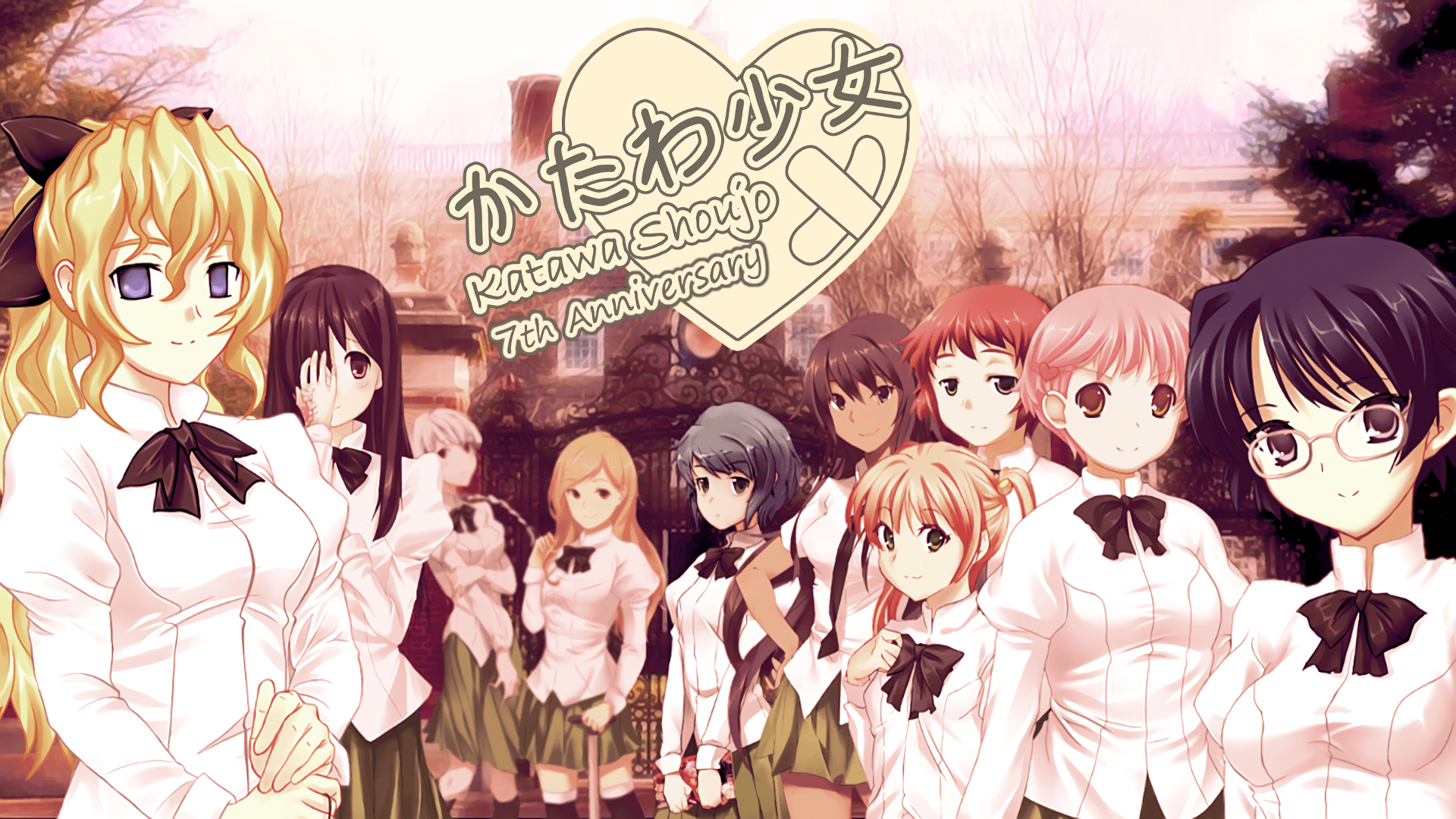 Whenever a show is marketed as diverse, usually they represent sexuality, gender, racial, and ethnic minorities. And if they are feeling really motivates, certain mental illnesses. But very few represent disability, especially physical disabilities. There’s the token wheelchair kid from Glee, a show I hate with thunder and fury, 13 Reasons Why and Euphoria have mentally ill characters, and certain characters are coded as being Autistic or otherwise neurodivergent but rarely ever stated to be. There’s an entire sub-genre of YA about terminally ill teens falling in love, but I haven’t seen much else. Of course, this is mostly focused on American-made TV shows for teen and Young Adults, but there is already a desert of representation of a pretty sizable demographic. What do you think?

I think it might be because it doesn’t fit with the “style” of most movies/shows within the American standard. Hollywood mostly shows a specific cast because it’s standard, normal, etc. which is pretty gross to say the least. There are some shows or movies that have disability (or other) representation, but it’s not often.

The Dragon Prince has a couple characters with disability—a Deaf soldier; a wolf with three legs.

Avatar: the Last Airbender and Legend of Korra also has characters with disability—a blind Earthbender, an armless waterbender, a character whose immobile and uses a wheelchair, and an assassin who has a prosthetic arm.

Switched at Birth is all about the Deaf community, and they later have characters/storylines that revolve around Down Syndrome.

Stranger Things has a character (and actor) who has Cleidocranial Dysplasia.

The Good Doctor is about an autistic surgeon.

…These are just some I can think of from the top of my head.

Two of those shows are animated, and it’s easier to draw a blind character than it is to find a blind actor and accomodate them.

Two of those shows are animated, and it’s easier to draw a blind character than it is to find a blind actor and accomodate them.

Which is like why I think a lot of live-action shows don’t have characters with certain disabilities—just because they can’t find (or rather, don’t want to find) actors to play them. But even then… it’s still stupid that they don’t do that…

It’s just funny when you get articles talking about how this or that Nerflix show is sooooo diversssse and you look at the cast and everyone is hollywood attractive except for the one plus-size girl and has all their limbs and senses intact. 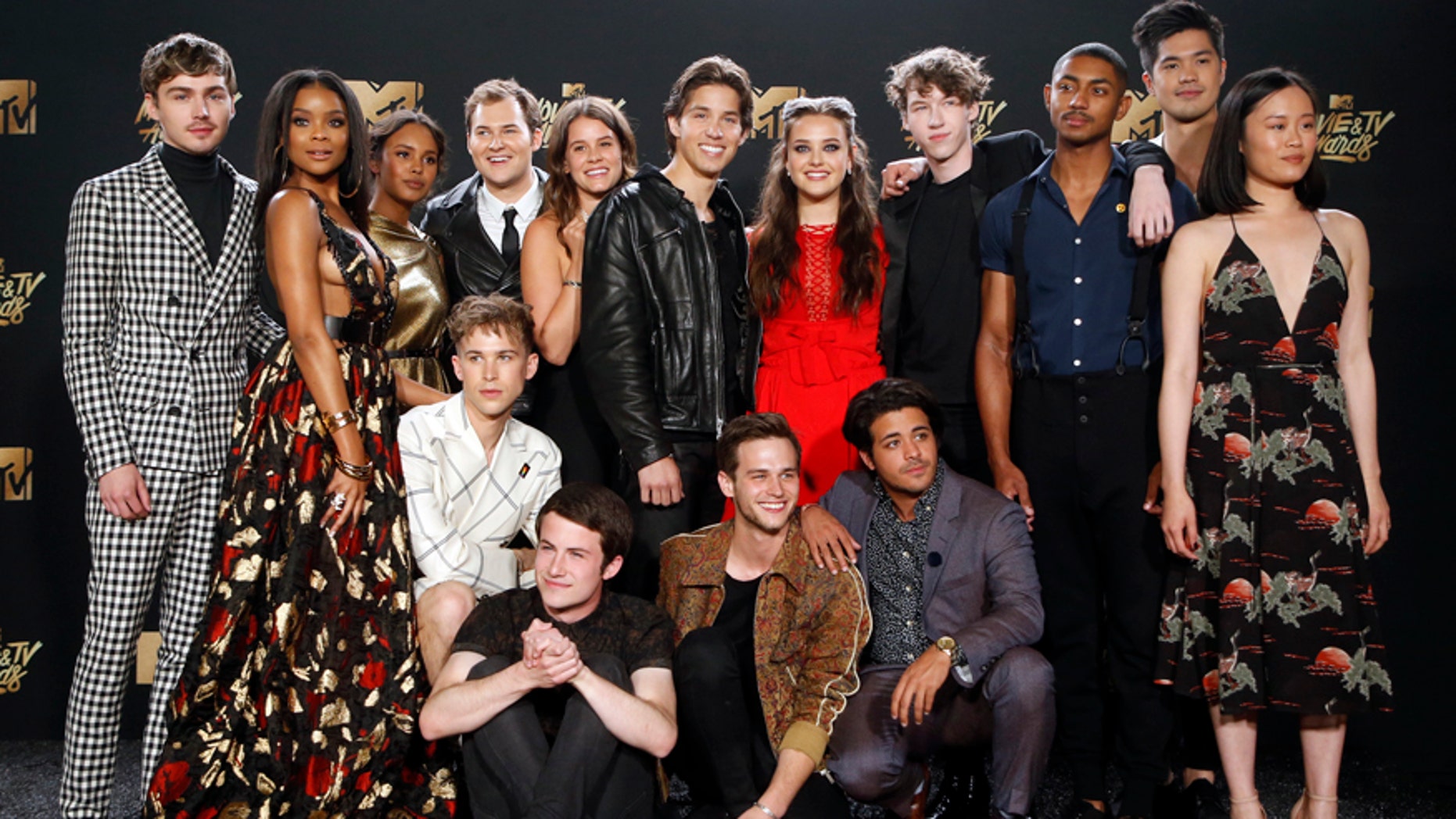 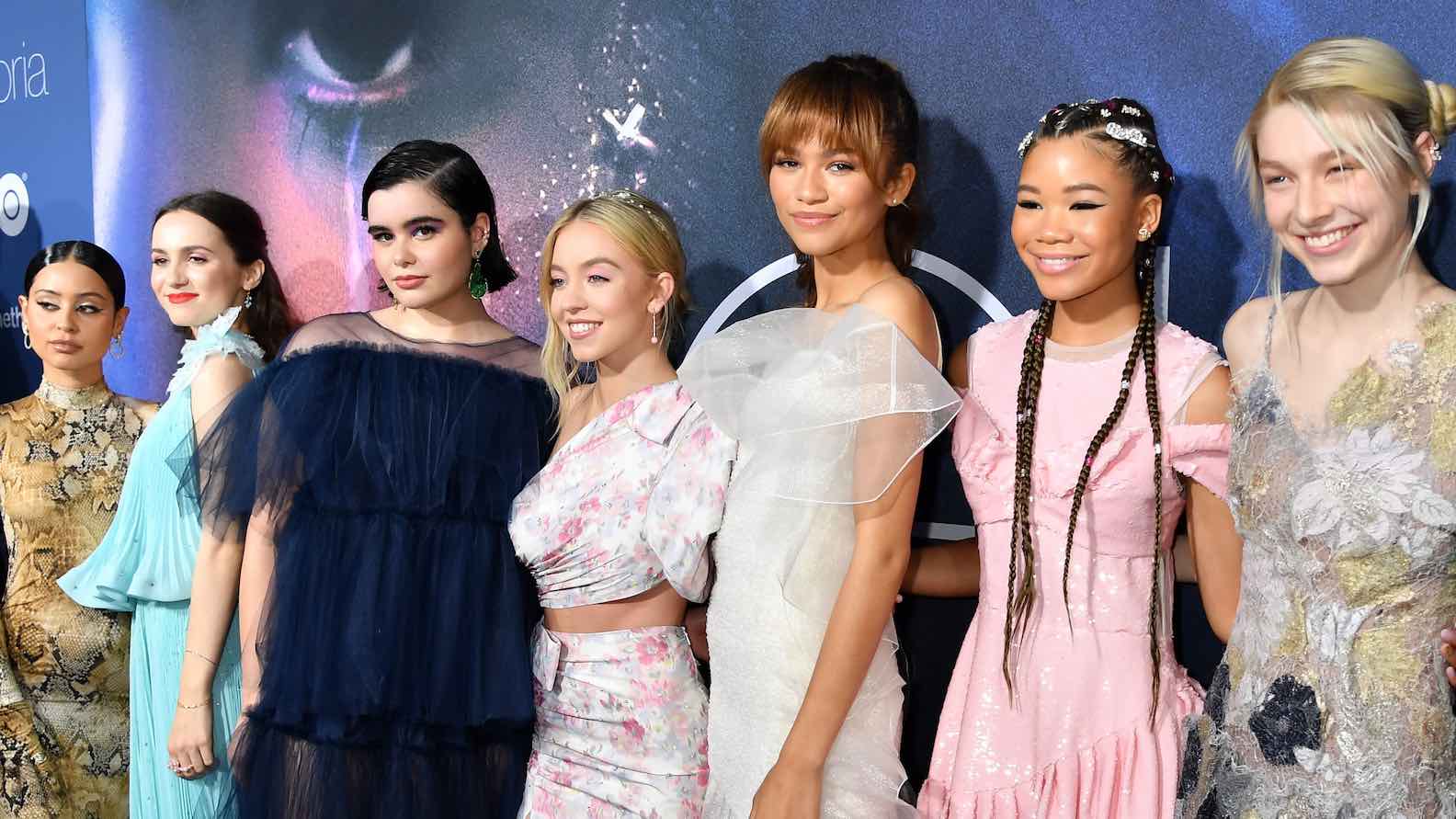 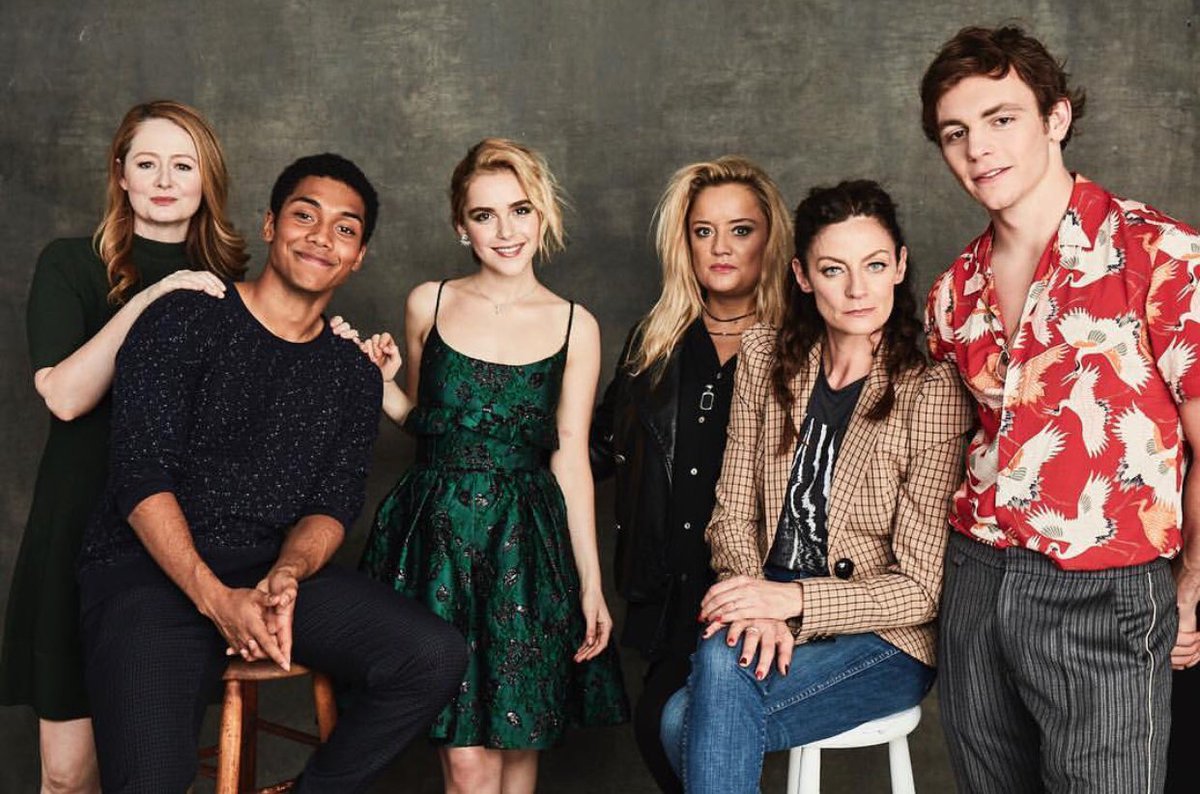 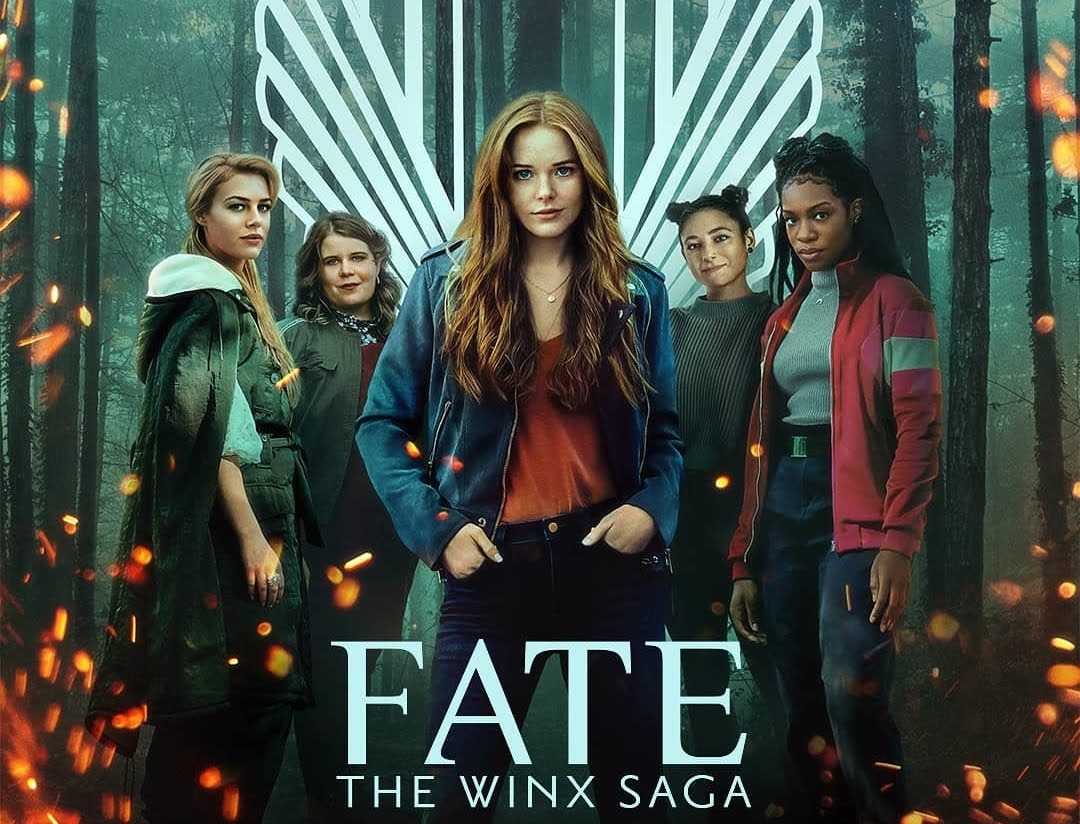 I was reading some stuff about Star Trek the other day and thought it was cool that instead of having zero characters with disabilities, they accomodated those disabilities with technology. Lots of people argued that because the show was set in the future, they would have illiminated disabilities, but more people got angry and stood up to say that the federation has a strict rule against eugenics.

Still, you are completely right. It would be better if we had more shows and movies that included disabled people in their cast of characters. I have a friend who has an MC that lost an arm in a car crash and wears a prosthetic. I’d love to see something like that in main stream media.

The anime series Gunslinger Girl deserves an honourable mention. The main plot involves a government agency ‘adopting’ crippled / critically ill young girls, fitting them with cyborg bodies, and training them to be covert assassins. However, the technology is still experimental. Some girls develop amnesia, while others experience strange nightmares (fragmented memories from their past ‘deleted’ lives). The girls’ unaltered adult handlers don’t have an easy time either.

Oh, the Australian TV series Mr In-Between has a character with motor neurone disease. And there’s also the cripple character who works at Al’s bar in Deadwood.

I mean, I’m not surprised that war movies have more disability rep than teen dramas, but I’m seeing a massively overlooked demographic here. Odd for shows marketed as diverse, no?

I don’t know, but there are plenty of reasons/excuses on why that there is no diversity in physical disabilities in the media.

The only few that I can think of is that:

There are so many reason/excuses on why that is, but I feel like the common one is that nobody is willing to take chances.

I hope that this didn’t come across as rude or mean.
I apologize if it does.

All your reasons for why they don’t would only imcentivize a crafy producer. Just think of the praise you’d het for hiring disabled actors in your primetime drama!

True. It can really show that there is more than what is on the surface.

Not everyone is “normal” looking. There are people with physical flaws who are barely acknowledged in the world.

Things need to change and soon.

All your reasons for why they don’t would only imcentivize a crafy producer. Just think of the praise you’d het for hiring disabled actors in your primetime drama!

You were brave enough to tick off all the boxes… now you’re immortal!

I know you hate it, but Glee also had a cheer leader girl who had Down’s Syndrome. I thought that was pretty cool. One of the few times I saw a Down’s Syndrome girl being given a major character role. She could have been a token character and thrown out quickly, but they didn’t do that. Even though her being used a spy was kind of…y’know, problematic, I think. As if to show people with disabilities being manipulated easily

But you’re right. There should be more representation.

But then you also have to think, okay, who is going to play those characters? Remember the movie, Music? That drama? And there have been other movies where people without disabilities played characters with disabilities. Do directors look for someone who actually has that disability or someone who is really good at acting like they have that disability? People might argue if someone without the disability plays someone with a disability, so directors need to find actors with specific disabilities and also be able to accommodate them on set…not saying they can’t, I think they can manage to do it. I think they struggle with that so tend to avoid it?

And to add, I’m not defending directors that don’t cast real people with disabilities. I’m just pointing out some reasons why they might still be avoiding it.

I think a lot more productions
today would be able to accommodate if they spent less money on music lisencing and fancy camerawork. Yes, I’m talking about Euphoria.