I’ve noticed that a few members have this, and have mentioned it in other threads. And it sounds like we’re all in different stages of the ADHD diagnosis. I thought it’d be cool to have a place where we can share resources that have helped or even memes that are relatable. This is in NO way meant to be taken as medical advice, just a place for people with similar functioning brains to not feel so alone in a world that tells us our brains are broken. Anywhere, here’s a few!

ADHD Jesse’s tweets are really relatable, and he also has a newsletter you can subscribe to that has helpful tips.

ADHD Alien was one of the first resources I found. Her comics made me smile, and at times when I felt like something was really wrong with me, helped me realize there are others out there like me.

Dani has a planner that she’s made specifically for people with ADHD. I hear it’s good though I haven’t had the money to buy it yet.

I also hear there are a lot of relatable Tik Toks. But I don’t really go on there so YouTube! 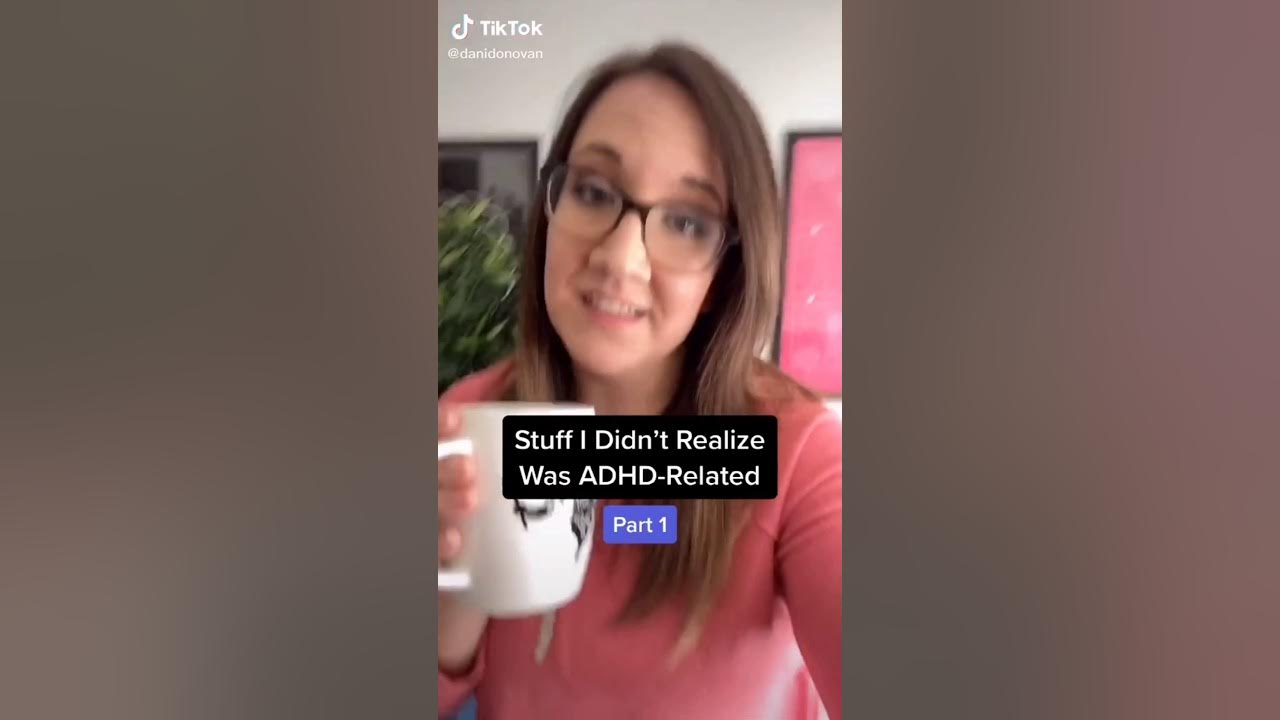 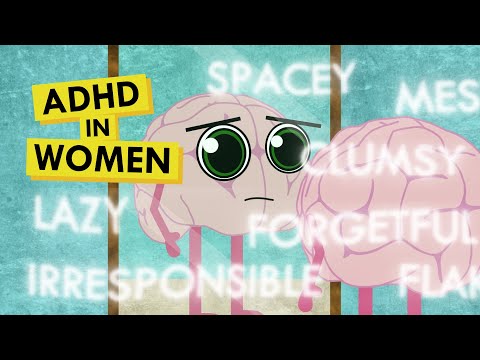 Hope that helps all my fellow, brilliant and beautiful brains out there!

I’ve seen the bottom Youtube video, but not the top one yet.

The TikTok ones were interesting, but I do relate to some of them and understand.

Especially the one with the numbers 5 and 6. My favorite numbers are 5 and 9 and my god did that freak me out!

I don’t have ADHD but I think I understand it a little better now, so thanks! U＾ェ＾U 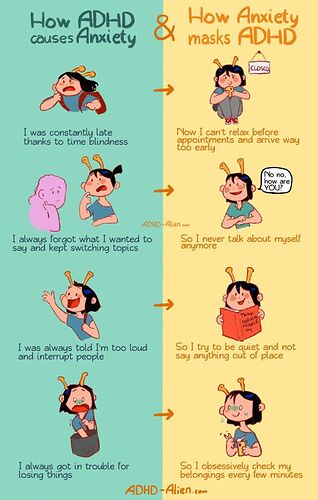 This makes so much sense it isn’t even laughable anymore.

I’m starting to get worried that if I were to get tested on whether or not I have ADHD, it would say that I don’t have it and I will have to go through a cycle that will lead to something severe.

Which sucks because nothing happened yet…fear is coming out of nowhere.

but if you don’t want to read all of that, here’s a quick explanation:

tldr: if a tiktok is just listing traits and not giving you proper explanations or examples, i don’t recommend relying on it as a source of information whatsoever. could be something else entirely or they could be failing to explain what experiencing disorder actually means.

That makes sense. TikTok isn’t the best when it comes to certain things.

This is frustratingly complicated finding a therapist and psychiatrist who is willing to accept my insurance and can better assist me with my ADHD (I still need to know if I actually have it, but the signs are there).

I am really starting to get scared and worried.

Not to be discouraging, but I think it takes a little time for a proper diagnosis. I’ve had the same therapist for years, and while we knew I had other things, one day the ADHD thing clicked once I realized it described my father perfectly, and I had cousins that have admitted having it. I never thought that I had it until I was reading the symptoms for my dad and was like… wait a second.

It’s not like a blood test where you get “tested” once, and get a positive/negative result. It’ll probably take a few visits for a therapist to be sure, but I could be totally wrong. I just wanted to warn you in advance.

Maybe one of those online type things can be a better resource? I’ve never tried one of those before so not sure how good they are. One I can think of is called “BetterHelp”?

the actual diagnosis process can be complicated, but if it makes you feel any better, simply struggling is more than enough of a reason to talk to a professional cause it’s still something impacting your life. a professional diagnosis is more of a formality than anything, important mostly for meds and maybe for them to understand the extent of the treatment, but any good therapist (so long as there’s open communication) should be willing to discuss the extent of what you struggle with and try to help you with that. i understand if it’s more about knowing as well because that’s how i was, i really just wanted to know, but the biggest way to look at it is by what you’re struggling with and what sort of coping mechanisms you can use to assist yourself with that in the meantime.

mine was actually pretty quick so i think it depends on the person diagnosing you and how aware you are of your ADHD. i mean, it took a year and a half before i actually got a therapist who could diagnose me, but we did it in one session because i already pretty much knew and just had to ask for a bit of clarification for some of the questions, and she sent me off to the psychiatrist who confirmed it. it took a couple of months to see the psychiatrist because it’s surprisingly difficult to get an appt w one where i live. don’t know if that’s everywhere but

ADHD isn’t something that can be explained in 10 seconds. Tik Tok isn’t the right platform for serious discussions.

not at all. i get a little irrationally bothered by most of the posts

I’ve been struggling for years and always felt in the back of my mind that something was wrong. Nothing was making sense after I was diagnosed with bipolar and depression and still makes no sense.

I am really on edge about this. It’s a waiting game and I am afraid to wait anymore.

Sorry for how I am sounding.

I tried that, but it either my insurance isn’t great or I have to pay with money I do not have.

I am sorry I just can’t stand feeling like this.

I guess being patient isn’t my strong suit. I am just tired of not knowing much.