Are there quotes from books that inspired your scenes or style?

Have any quotes from books that inspired your own style or your story’s scenes? If not quotes, maybe a writing style or an idea or character?

I was inspired by Pere Goriot by Honore de Balzac translated by Henry Reed. I gave it away after reading it for literature class in college. I should never have given it away. I looked at other translations, but it didn’t give me the same feeling.

It had to be this particular Balzac-Reed combo. So, I hunted down the exact same version and ordered it.

This is a book, among others, that inspired my lit fic omniscient magick realism Victorian-Edwardian-esque story about a rich family’s demise and the complementary duology about a demon and two seers in 1850s USA that followed.

I thought it would be interesting to revisit the book and see where and how I was inspired.

The book is really good at using scenes to show the atmosphere of the story. How dark and depressing it might be but that there are still moments of light, tiny hints that it’s not all bad. And Balzac also sets the tone of the story. It first sounds like it’s going to be deadpan and depressing, but then he introduces these unique and colorful characters that add contrast to the atmosphere.

It’s pretty dark and depressing, but entertaining and beautiful at the same time.

Am I sounding like a book nerd? XD I’m rarely inspired by books and rarely feel like rereading specific scenes, so it’s special and exciting to revisit. And of course, I wondered if any of you have similar experiences. Tell me about them

i got songs that inspired my books!

I have so many book quotes and scenes that have helped me, it would take far too long to write and I’d actually have to find the books in my “library”

Also got songs and tv shows

Let There Be Night gave me a title for my werewolf book. 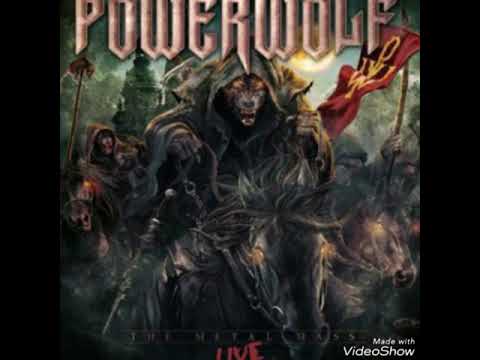 And reading the Overlord Light Novels gave me hope that my non-purple writing style would be appreciated by fans of fantasy.

Been meaning to read Balzac. It’s just one of those writers who’s perpetually on my need-to-read list that I never pick up. And given that I am a realist, I should probably pick it up.

My translated copy of Pere Goirot is a bit different. My copy might be close to verbatim. But I can see how you wanted the Henry Reed version. This one reads:

On style, Margaret Atwood is probably my biggest influence. The very first page of The Handmaid’s Tale, when I read it at 16 or 17, blew my mind. Up to that point, I had mostly read genre fiction (aside from the prescribed Shakespeare and children’s classics). Her writing cracked open the literary world to me. Her subtle lyricism, the measured punch; the sentence to her is an elegant thing.

Here’s an extract from Franzen’s latest novel Crossroads that I highlighted. It’s the inner voice one character. He successfully captures five very different characters of the same family whose philosophy, purpose and goals are at odds with each other.

I keep revisiting this book and re-reading passages of meditations on pride, selfishness, duty, privilege, religion and how to be a “good person” when you aren’t. How this translates into my work remains to be seen haha.

Authors like Maggies Stiefvater, Leigh Bardugo, Lemony Snicket, and Ransom Riggs really influenced my writing style—deviance, prose, vivid characters, and switches in tone all in a YA setting but definitely not narrated the way YA usually is.

How were you inspired? Was it a specific lyric or the aesthetic of the song? Or something else?

What are some major ones then? Or some that you especially love?

“… the Rue Nueve-Sainte-Genevieve is like a bronze frame for a picture for which the mind cannot be too well prepared by the contemplation of sad hues and sober images. Even so, step by step the daylight decreases, and the cicerone’s droning voice grows hollower as the traveler descends into the Catacombs. The comparison holds good! Who shall say which is more ghastly, the sight of the bleached skulls or of dried-up human hearts?”

That’s so different! But I can see the similarities.

Btw, something interesting: in the first chapter of my copy, “True, for a period of thirty years no young woman was ever seen there”, I’ve seen “young woman” translated to “young female person” in a different translation. I didn’t see when that translation was publish, but I’m guessing recent because of the use of “female”. I could be wrong, however.

He successfully captures five very different characters of the same family whose philosophy, purpose and goals are at odds with each other.

That sounds like the kind of story I’d read. In fact, the rich family in my story is a family of five who stopped acting as a family unit. They all drift away from each other.

How this translates into my work remains to be seen haha.

Maybe it’s already there and you’re just not aware?

I knew Pere Goriot inspired my lit fic story, but for other stories I’ve written the inspiration (what book and how) was something I realized later on.

He influenced a different story of mine.

How did Ransom Riggs influence your writing style? Is there something specific?

We took him and baked him in the fire and he’s turned out to be free, he thought. No words in the head except the ones he’s chosen to put there himself. And he’s not just an atheist , he’s a ceramic atheist. Fireproof!

From the Discworld series by Terry Pratchett. I’m heavily influenced by his sense of humor. The problem is that I’m not trying to emulate him, but every once in a while this surreal or very dry sense of humor pops up in what I write or how I think about the world.

There’s an “adult subject” in Begging is for Losers that strips away the imaginary man in the novel and makes you stare at the author of smut and makes a comment about just who the heck is getting under your skin. It comes from reading TP all the time.

It’s hard to not go that direction when it’s rather natural to you.

Btw, something interesting: in the first chapter of my copy, “True, for a period of thirty years no young woman was ever seen there”, I’ve seen “young woman” translated to “young female person” in a different translation. I didn’t see when that translation was publish, but I’m guessing recent because of the use of “female”. I could be wrong, however.

That is weird. I don’t think it’s recent. I imagine it’s probably a late Victorian or Edwardian translation because “female” sounds like a weird side effect of biological determinism. It was all the rage back then. Or maybe later. I wouldn’t place it anywhere after the 70s. I might be wrong. Or maybe the translator was simply not very good

That sounds like the kind of story I’d read. In fact, the rich family in my story is a family of five who stopped acting as a family unit. They all drift away from each other.

Maybe it’s already there and you’re just not aware?

I knew Pere Goriot inspired my lit fic story, but for other stories I’ve written the inspiration (what book and how) was something I realized later on

Yeah I suppose. I haven’t written anything in a while though.

I think just the way he created really eerie atmospheres, as well as how his characters were really really weird in a way you don’t see as much. Like there wasn’t a lot of glorification of the peculiar’s powers, and it wasn’t romanticized—they were weird, sometimes gross, and definitively dangerous. That’s way more my brand of superpower.

A quote from Maggie Stiefvater’s “Raven Boy’s”.
Partially inspired, but my own environment heavily inspired this scene.

I had one other but I cannot find the quote/scene! I’ve been looking for hours AHHH. But if I’m remembering correctly, this scene is inspired from a scene from Wheel of Time. If anyone knows it, please lmk.

A few quotes / scenes I can remember…

“He never took for granted what lesser men demanded.” An appraisal of one of 617 Squadron’s commanders, from The Dam Busters. Most of my heroic characters are humble, gentle, and unassuming…until someone upsets them…“His temper was the death of men.” A quote from the (Warhammer 40K) Space Wolf codex.

The depiction of an Israeli F-4 recon flight in The Eve of Destruction (EoD) is the inspiration for the build-up to an air battle (also involving F-4s) in my second novel. In EoD the F-4s were used as bait to lure Syrian MiGs into a trap (Israeli Mirage IIIs were waiting just outside radar range). In my story, the F-4s were sent to assist a surrounded commando unit in Syria, the MiGs tried to intercept, and then Syrians discovered the F-4s were being escorted by a squadron of F-15s (led by a defected Su-27).

The line “The Honeymoon is over, now we fight and win” from EoD is referenced by one of my (severely wounded) characters, determined to leave the hospital and protect her friends.
Before our last battle in Afghanistan, Ivanov told us something I think he would tell you now. The time for licking our wounds and feeling sorry for ourselves is over. Now we fight and win. ~ a barely functioning Polanski.

The depiction of RAF fighter ace Johnnie Johnson, in Reach for the Sky, is the basis of my character Johnson, an ex-SAS sniper. Yes, my character is named after the fighter ace and he is equally pleasant / formidable.*

“The Social Elite join the Military Elite.” A quote from Tried by Fire…also known as Perfect Enemies… In my works, the upper class (in some cases actual aristocrats) view serving in the Special Forces as a matter of pride / means of restoring family honour.

And I’ll finish with a few quotes from Lionhearts: Heroes of Israel that inspired my characters (and their antics)…typed from my aging memory…
“When you save one life, you save a small world.” A motto of the IDF’s search and rescue unit, also a quote from the Talmud.
“He always rushed into battle.”
“You are my brother.” How Moshe Dayan greeted a Bedouin (?) tribal leader in 1948, and how he convinced the leader to ally with Israel.
“We made achieving the impossible seem routine.” A quote about Yoni Netanyahu’s Sayeret (Special Forces) unit.
“The White Angel of the Paratroopers.” A title given to an Army nurse (can’t remember her name) who was renowned for her bravery and dedication. During the Six Day War she accompanied the Paratroopers fighting in Jerusalem, and remained by their side oblivious the intense sniper and machine gun fire.
“We were all their fathers, and they were all our children.” A quote from Shimon Peres about the senior officers’ perspectives on the Commandos they had sent to rescue the hostages in Entebbe.
“Don’t worry, we’re not leaving you.” A CH-53 (Yasur) pilot’s casual response to a Commando’s plea for help, claiming his team were about to be wiped out.**

it was the aesthetic of the song. you want any?

Well, a lot of the action-thrillers have some humour I try to keep in my writing as well. I actually have photos of some of the stuff I really enjoy. Where did I put those . . .

Terry Pratchett! I’ve only read a few of his books, but he certainly has a way with words

Ah, I see how you were inspired. You took the quote and expanded on what a place made for leaving is. Hinting to the reader that the MC rather not be there. Nice.

If you could describe the aesthetic, maybe?