I’m pretty bored so please describe me the character you want me to draw from the form below:

Age: 34
Height: 6’2
Sex: Male
Species: Human
Face type: Stronger jawline, nose is a bit down turned, he is starting to get bags under his eyes, low cheek bones and a well groomed beard that sits close to his face.
Hair: a bit longer with curls
Body type: Lean with a little muscle
Accessories: He always has a coffee cup if that counts

Personality: He’s a hopeless romantic, but can be cold to others. He’s lovesick, but can be highly protective when the situation calls for it. Think of a loyal dog with attachment issues. He also survives on coffee.

Thank you! 've been wondering what my character would look like and think an image would help me really focus on him more while writing. I’m a very visually based person, so images are always helpful for my writing!

Ayo, I have a drawing of my MC, Evangeline, already. How about the other MC, Anastasia?

I will include a request for Evangeline too, if you’re really bored. I have a reference of her drawn up from a commission. They will be a couple in the future of the story, so if that makes you uncomfortable I understand.

Face Type: heart shapes face with a mixture of upturned and almond eyes (also appearing to be a sterling blue color), her nose is a button nose, and her ears are normal, with just her single lobes pierced.

Hair: She has a mixture of medium brown hair, closer to dark brown copper. It is long but not to the point where we are looking at Rapunzel. It falls to above the middle back. She also wears a tiara (will link at bottom) that is white gold with a little gem in the middle, a light blue sapphire.

Body Type: She is not stick thin, but she is also not curvy. I would suggest an endomorph, close to an apple shape. She wears a royal blue dress, complimenting her tiara, will also link because hard to describe. Think of a pagent (spelling, lol) gown, yet, for a princess. She has long legs, well built, but, again, she is in the middle of lean and curvy.

Accessories: The crown, dress, and earrings. You can choose to do little diamond studs (or sapphire) with a square cut.

Personality: Oh, boy, this is the fun part. Anastasia is a princess, she has been brought up to be royal and proper, but, in reality, she is a feisty soul. She has fire in her eyes, and she isn’t disobedient, but she doesn’t take crap from anyone. She has her goals of being a small time dress creator in a far away kingdom where she doesn’t have to worry about having eyes on her at all times. Anastasia is often curious and very, what’s the word, on the spot with things. She is hyper and a positive person overall, someone who gives up a positive energy. However, she can be very pushy, coming from a royal family afterall, and doesn’t go down without a fight.

Skin tone: Rather pale, very fair skin. She does have a few freckles on her face but they aren’t noticeable unless you look closely.

This dress but blue:

Tiara (I am not going to lie, all the tiara’s I found were super complicated, but her’s is really simple. This is the best I can get):

trying this but it may not work ;’)

Face type and stuff: triangle, nose is also Aquiline (just a straight line, not a button nose), eyes are a moss green (very vibrant green) and are an almond shape, and ears are very pointed. Her right ear has three rings and is clipped off signifying she was part of the slave trade.

Hair: her hair is a dark brown as it is put into two French braids starting from the front. Will put a reference, quite long going to around her chest.

Body Type: Very toned, being a skilled fighter and all. She has a bit of bust, but she is tall and lean.

Accessories: She has a belt with scabbard for her sword as well as the ears and stuff. Will put a reference to her outfit as it is difficult to describe.

Personality: Evangeline is typically a reserved person, and not a lot is known about her besides that she showed up close to death at the gates of Colossicus 6 months ago with severe amnesia. She didn’t know her name, age, or where she came from, but she did know how to fight. She quickly moved up the ranks, proving her loyalty to the kingdom’s dn she eventually befriended Anastasia who immediately wanted her as her body guard. Evangeline is extremely loyal and will follow any orders given to her. She is very observant and typically quiet, but she will be obedient. She tries to stick to the rules, but, at times she feels that her emotions are too much, and she will crack under pressure. With her memories trying to resurface, she appears calm and collected, but, on the inside, is a nervous wreck. 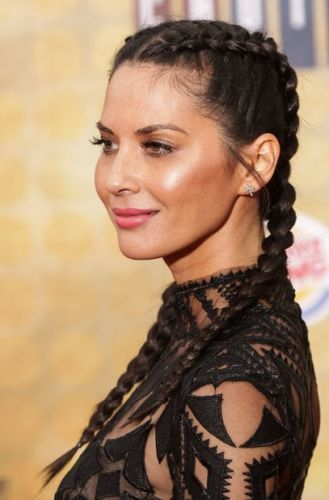 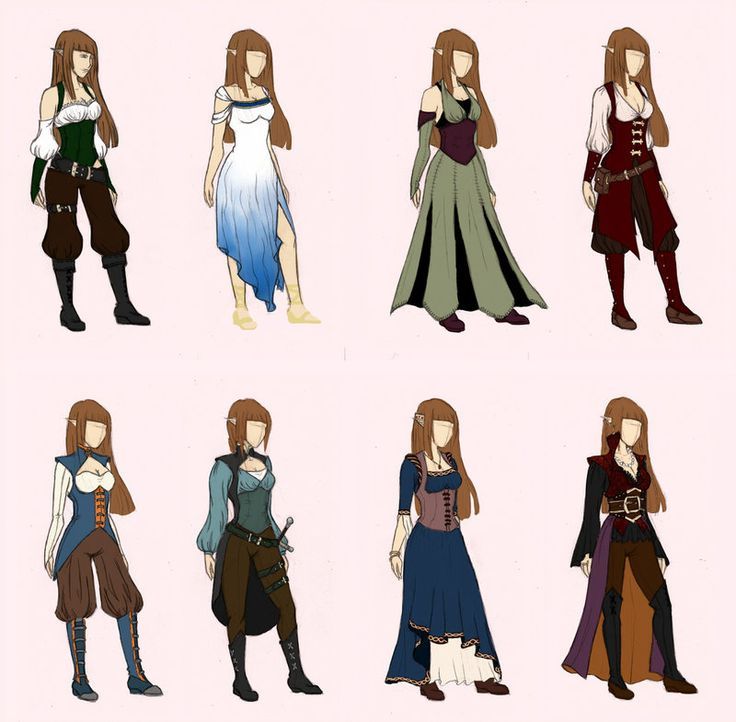 And a reference for Evangeline. The commission is not finished yet, but this will help. (She is a certified bad a–, lol)

Tysm, if you have any questions LMK!

Here’s a brief description for my character, Freyja Mendel

Age: 15
Height: 1.85 meters
Sex: Male
Species: Human
Face type: oval face, dark turquoise (dark blue with bits of green near the pupils) almond-shaped eyes, small and straight nose, thin and pinkish lips, very pale face (some people call him a corpse lol), chiseled features
Hair: golden blond, short (but not really short), finger-combed
Body type: Lean (not skinny but not too muscular), slender
Accessories: a scarf around his neck, maybe a leather messenger bag hanging from his shoulder?
Personality: Cold. Reserved. Quiet. Has a resting death stare. Perfectionist. Will warm up to you if you’ve known him for long, and when you’re a close friend of his, expect to exchange friendly insults with him XD

Thank you for considering!

I will be back later

I’ll draw a bust for this one. What kind of top clothing do you want for him?

He would wear a denim jacket with a darker colored shirt under it.
If you want, there’s an article I use for his fashion inspiration. He’s from the 80’s, so you can have the freedom you want if something catches your interest!

Tysm for requesting! I enjoyed drawing him 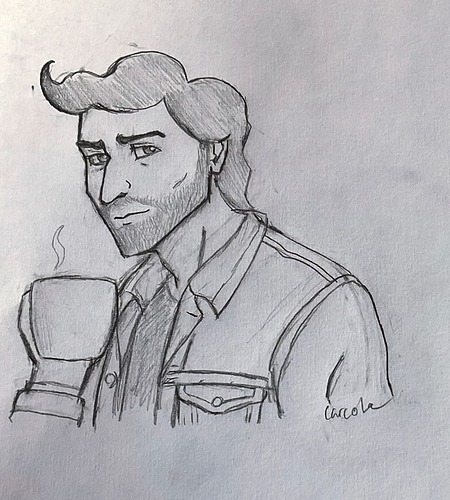 Yes! This is him! You got him exactly right and it’s going to be so much easier to write for him now. Do you mind if I post it in the next chapter of my story? I know I requested it, but I really love this and want to thank you for it so other members can see it too!

Of course you may! I’m absolutely honored. Just make sure that you give me credit

I plan to dedicate the chapter to you and mention you with the image as well! <3

Will come back to this when I’m on my laptop

I really appreciate it :3