If anyone remembers, I made a poll in Polls for Fun category about worldbuilding and magic systems days ago.

I just wanted to make a branch off that by making a thread.

So, tell me, which type of worldbuilding and magic systems do you prefer in your novel?

Tell me in grand detail. Which does your story fall under? Hard or soft worldbuilding? with or without Hard or soft magic system?

When it comes to reading which one do you prefer and why? The same applies to writing.

What do you think? Lend me your thoughts!

I am on the harder side of the spectrum…usually I wish for some explanation since I like wizard fights and powerscaling, so I want a consistent set of rules.

Elgana’s overall worldbuilding is soft, but the Sorcerer magick system is close to hard, but still kind of soft. Guardian lore is hard, but blue feline history is soft… I’m all over the place because it all depends on how much of what I need for which story.

I have another story that has a hard magick system and close to hard worldbuilding. Mostly because it’s a four book series with a lot of meat in each book.

When it comes to reading which one do you prefer and why? The same applies to writing.

Either I guess. I probably won’t realize how hard or soft something is because I’m just enjoying the story.

I prefer what works for the novel.

For example, To Make a Kinder Children’s Tale, the whole premise of magic in that world is that they don’t use it, much. The ML doesn’t use subspace transportation until the MC drops into his life. Later on, when the decapitated head of the ML’s stalker tries to curse the ML and MC , he brings it to the actively studying prqcticioner and admits to using a baby’s level magic to prevent the situation. Magic is supposed to be fairly innate and rarely understood by the average Elf.

So, there’s things that specifically work for that world, but not a lot of detail because no one really uses their talents efficiently.

For the Assassin’s Journals, the olwoman is learning as she goes, so she’s explaining what she did as she went along. That means it increases in worldbuilding as I write it. That means more towards hard.

Yeah, I don’t need to ask much anymore…except for one.

I always thought that world of Elgana was hard worldbuilding judging by the way to explained it.
Hmm…interesting. LOL!

I prefer what works for the novel.

So, your novel tells you which route you should go far as worldbuilding and magic system?

Absolutely. If I don’t need it, it’s only going to be written for me if I play in it. If I do need it, the plot will demand I work on it.

You novels are straightforward.

Yeah…I don’t know if that makes sense. My mistake.

I’ve spent around eight years on-and-off crafting a fantasy story with hard worldbuilding. Gotta say, it’s HARD remembering all the rules of a fictional universe–what does what, who goes where, etc. over the course of the series (around four books I’ve planned) the world around them changes as they emerge into a scientific revolution, which is absolutely batshit because they’re in the middle of a war. Add science to that, and forms of biological warfare begin to come into play. On top of this, they have a pretty complicated magic system which is still in development. The magic system itself is tied to the atmosphere, which was torn by asteroids. Everyone has magic, but magic has ultimately become dangerous because it corrupts the mind. On top of that, there’s religious prejudice and docterine people have taken to worshipping in order to explain magic itself. There’s a ton of religious significance in the story itself, so crafting multiple religions (ofc, not every country is going to believe the same thing) was actually A LOT of fun. I drew a lot of inspiration from the Dragon Age games and books, along with DND (why also including some historical information on them). Groups and organizations was also kind of fun to create, but again, A LOT to memorize, especially for me because my retention falls between “I remember absolutely nothing” and “I know every single detail about this one thing”. My MC’s all have some kind of military background, so then there’s the part where you have to come up with a functional military system why also categorizing the MC’s into different sects of the military because they’re not all going to have the same skills. One works in intelligence, one works as a spy, one works as a commander–all of which have to be provided with accurate background information alongside coming up with different tasks for them. I also like for my groups and/or organizations to have some kind of history. A ‘founder’, if you will, notable historical figures, well-known hero’s, etc. famous people, basically. Then there’s the various guilds, and ofc the whole artisan side to things that I had to come up with. Theaters, famous people in theaters, a famous bard, how bard guilds work, how traveling minstrels work, where they go to school, where they learn their trade–oh my god, the education system was surprisingly difficult (probably because I never paid attention in school AHHH). Then you have to come up with how society works. Are they ruled by a king? A president? A dictator? What’s the public opinion? What is life like for the common-folk, what’s life like for the extremely impoverished? Where to they sleep? What about sewage systems, does it run beneath the city, do they have chamber pots, etc. Absolute insanity is what hard worldbuilding is.

Soft worldbuilding is actually kind of hard for me. I can’t let questions go, you know? I really like to read books/watch movies with soft worldbuilding (Howls Moving Castle being a prime example). However, executing that in my own writing is very difficult as I like to complicate things for myself. I can’t just say something and not have an explanation for it.

Just wanted to share this video because its one of my favorites on this topic: 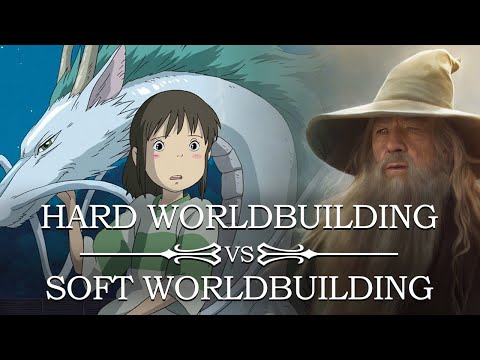 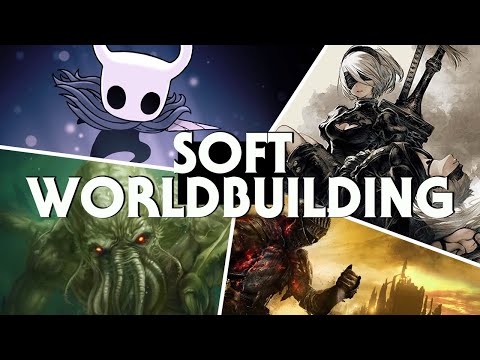 Well, I’ve seen those and I have two books by Tim that I have yet to read.
They weren’t bad, it’s just I have to find a reasonable time to read and take notes.

I’m waiting for him to post new a video and/or maybe a new book. LOL!

I don’t have everything down about it. I haven’t thought about climate or much of the political history or the technology, nothing about music or tv or anything pop culture. No holidays or traditions. No historical figures. Nothing about fashion styles, house styles, how land was divided and how that all changed. And nothing about medicine either or medical care for that matter. If it’s not important to the story, I’m not going to spend my time on it

I usually go into a story with just a basic idea and then fret about the specifics later. So I guess I’m saying I start with very soft world building, but my end product tends to be on the harder side of soft. I know it’s not really supposed to be a scale, but it really should be! However, with magic, I always have hard magic systems. I just find them so much more fun to write, easier to keep track up, and so much more vivid. Magic is the one thing I’ll keep pages and pages of notes on. Everything else, I make up as I go.

When it comes to reading, I’ll read both. I think I also prefer stories that are on the harder side of soft, where the world is still very flexible and capable of being filled in by readers, but hard enough for it to still feel consistent, well-thought-out, and immersive. Some hard building stories I find so sluggish and tedious to read through because there’s no more room for imagination, or that there’s so much information that just doesn’t feel necessary to know. And some soft building stories are just too soft, and it’s easy to assume the writer doesn’t really know what they’re doing with it and doesn’t ever plan to know.

I really love the books he released particularly Volume II. I just wanted to introduce some people to his channel if they aren’t familiar with it yet

I always prefer soft versions because I like magic being a mystery and don’t like game-like mechanics in stories.

Pre-2012 I would’ve said I prefer hard worldbuilding. Dark Souls changed that for me. I find soft worldbuilding allows for less exposition and more getting on with the show, respecting the audience’s imagination enough to fill in the gaps (an opportunity I personally find fun for its incentive to continue thinking of a world after I’ve left it).

Magic systems, on the other hand, are more interesting when hard imo. I’ve never written a hard one myself, but I’ve also never written something focused on use of magic, which should be taken into consideration if incorporating it. Even the closest I’ve come to a focus on magic was a piece written in-world from the POV of someone who didn’t understand what she was witnessing, so it came out softer in the story than in my notes.

Always cool to meet another Souls fan and I absolutely agree with your points. So happy that Elden Ring carries the legacy well. Hollow Knight is another game that made me fall in love with soft world building. I love how it allows your imagination to fill in the blanks