Happy new year! I haven’t been on here since December. Anyway, I’ve got a new book cover for my WP story, “Without Parole,” (Title may eventually change), and I commissioned this really awesome artist to draw my two main characters. If you’re interested in her art, here is her Twitter:

Anyway, I’m struggling to figure out what fonts to use? I hate fonts haha I’m not good at them. Any opinions? I feel like the second one is too “Game of Thrones” font wise?

For context, this is a mobster rivals (mob bosses) to lovers story, with “shounen” touches.

Please do not use this art anywhere. It was commissioned for my sole use. Thanks. 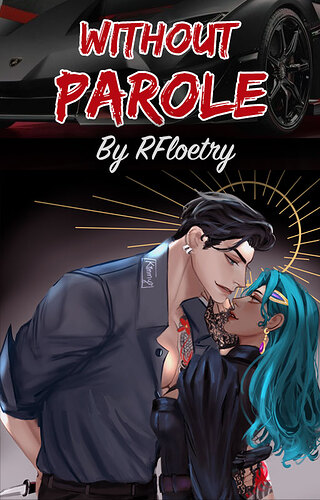 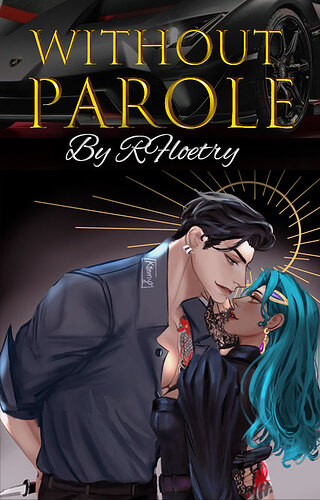 The gold font looks better to me, it doesn’t clash as much and looks classier

Thanks. Will probably use that. No one else is commenting lol so gold it is!

If you still need thoughts…

The golden text and the font do make it seem like a fantasy story.

Since there’s a lot of colors going on for the artwork, either white text or pick a major color and match. Now, here’s some font suggestions for a mobster, possibly urban vibe with romance. Also the brighter color I tried to get it close to the girl’s hair because it stands out on the artwork already. I chose it because it’s the only bright turquoise blue. And there’s a slight outline around the text and that’s the darker green-blue.

Also, I would suggest making the byline and the title the same font and color because the background is already quite busy. 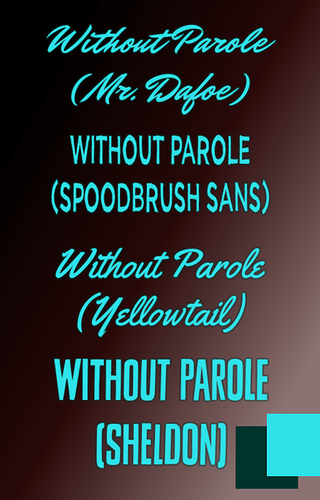 Anyway, those are just my suggestions

I tried the blue color just to see, but it stands out way too much from everything else - like a neon light? Maybe that’s a good thing?

I guess if I ever go back to mess with it, I’ll play around with the colors some more.

Figuring out the right colors and the right font is still a nightmare for me despite doing this cover designing for around 10 years now XD So, all I can say is good luck if you decide to mess with it and have fun