What is something relating to your country that it seems almost EVERYONE gets wrong?

I’m a bit curious because there are things about your country that people get wrong because of media representation…right???

FORGIVE ME, IF THIS SOUNDS REALLY RUDE AND NAIVE OF ME!!!

America, but a part of the US that people don’t understand very well.

that we’re all nigerian scammers

Man, most of us don’t get that Nigerians are multiple tribes trying to get along. Got one “brother” from the south in one of the cities that I think is Igbo? I or E tribe down to the south that blames a lot of lost people on the Fulani Herdsmen. That one is a psychiatric nurse. Got another that’s a Christian farmer to the north that sometimes gets run off his land due to religious fights. Neither brother has time to play “Nigerian Prince”.

Australian here. Our big spiders are not dangerous, unless you annoy them* (the same for our snakes). You cannot treat our surf like whatever you are used to at home. Ignore the lifeguards (and flags) at your own peril. Also, when or where the locals are not swimming, stay out of the water. Oh, and distance here is deceptive. The world’s longest run of straight railroad is in a Western Australia (state) desert…Also, we sometimes use insults as complements / signs of affection…

*An example, the Australian Black House Spider is almost immune to insect-spray, can grow to palm size (or bigger in the outback), bites through garden gloves, but tends to avoid human interactions (unless provoked).

WE DO NOT RIDE KANGAROOS TO SCHOOL

Our big spiders are not dangerous, unless you annoy them

Fellow Australian here. Them not being dangerous doesn’t make them any less terrifying

Which part of Australia gets snow?
Sorry, for my ignorance, but I had no idea.

Which part of Australia gets snow?

We had a blizzard last week

I’ve head our Huntsman is both harmless to humans, and responsible for the most spider-related fatalities / injuries due to its fondness for crawling across car windscreens at inconvenient times. 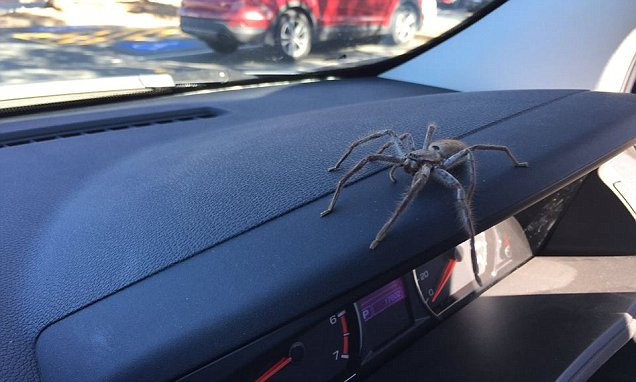 Wow, you just taught me something.
Heh. You learn something new and cool every single day.

Okay, I’m just gonna scroll past that because I am severely arachnophobic and even pictures of spiders give me panic attacks. Seriously, I only just learnt how to handle little ones on my own ;-;

and also yes I am an australian with arachnophobia. the irony is not lost on me

I have a photo of kangaroos in the snow on my property lying around somewhere. Can find it if you want to see

Sure. That sounds so cute. 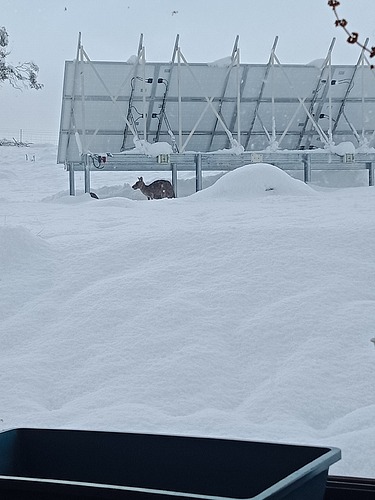 This is from last year

That is really pretty and cute!

Yeppppp. We actually get a lot of snow here. There are also ski resorts in NSW, VIC and TAS. But we don’t get as much snow as the northern hemisphere. We have a ski saying down here: “If you can ski in Australia, you can ski anywhere in the world.” Because our snow sucks

Yep. It’s also really funny. I have people overseas tell me that it doesn’t snow in Australia while I’m sitting here, in Australia, watching a blizzard out my window