When people see the title of your story, what is the first thought that comes to mind without reading the plot/summary/blurb?

Well, what is it?

Go on and tell me because I am curious to know.

Also, you can tell them what the story behind the title truly is.

What thought comes to mind when you see these titles known as R.E.D Reign, Magecraft Mechanics, and The Reality of Super-heroics?

Note: Everyone on here is getting a chance to go! This isn’t all about me but rather everybody!

Pick a title and any title from any one of your stories.
Enjoy!!!

Magecraft Mechanics is a textbook.

Magecraft Mechanics is a textbook.

Damn-it! You might have given me an idea! Gosh darn you! LOL!

Hmm…a world that is like something from a horrible and bad dream. A nightmarish world.

It came about when I realized that Alice and the Cthulhu Mythos are both connected by dreams. 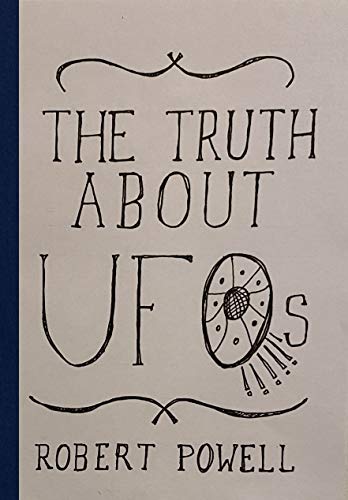 The Truth About UFOs: A Scientific Perspective - Kindle edition by Powell,...

The Truth About UFOs: A Scientific Perspective - Kindle edition by Powell, Robert, Powell, Reena. Download it once and read it on your Kindle device, PC, phones or tablets. Use features like bookmarks, note taking and highlighting while reading The...

It was either that or I change the title to How to fail like a hero, but win like a villain.

R. E. D Reign sort of reminds me of a dystopian organization that rules over/controls a good portion of the government. Perhaps R.E.D is some type of experimentation gone wrong. Maybe something apoctolyptic? Kind of like Neon Genisis Evangelion.

Mageceaft Mechanics seems like it’s a book about arcane arts mixed with technology. Sort of reminds me of some steampunk. Or maybe it’s more advanced.

The Reality of Super-Heroics makes me think it will be a sort of slice-of-life mixed fantasy/adventure. You follow the troublesome daily life of a superhero(s) and the outcome of their powers, the burden they bare, or maybe funny anacdotes. Like one of the superheros accidentally blows up their favorite bakery.

Not really sure what impression my titles conjure, but this is a great question! Some of these titles may change.

EDIT : sorry for all the edits, I’m on mobile and the mechanics confuse me haha

Why the heck would I know that?

I come out of scifi and fantasy, where the tiles don’t tell you as much about the genre about half the time.

Like:
If Wishes Were Horses
If I pay Thee Not in Gold
Get Off the Unicorn

He if I would know what these were about.

Others don’t:
To Make a Kinder Children’s Tale
Begging is for Losers
Jonah’s Gamble
Cold as Ice

In the Game of the Gods

Further distance than that. The backstory for this world is the first goddess is like a cross between an archangel, Adam and a virginal fertility goddess. All the other god’s powers stem from her, save the Creator. The Elves (whom she’s the patron goddess for) are actually travelers from another star, and their starlight magic is tuned to their homewold.

But like the Greek/Romans, the gods play games with the people on this not-here world.

Sci-fantasy in the veign of Dune

Mine: Empire of Lies

Mine: Empire of Lies

Now, hear me out. This book is about an empire full of nothing but liars who are constantly hiding something.

Okay that is really interesting. And somewhat similar to my book, though not completely it

I was close but still a bit far. LOL!

This has GOT to be an enemies-to-lovers romance story?? No? That, or a regency romance a la Pride and Prejudice.

Oh, wait. Mine is A Grace of Crowns.