Which Idea is Best (IF)

I have too many ideas. Please choose for me

Seems that everyone has a different idea. Vote now to see your favorite idea win!

If you ever want to deal with Underpowered Wizards, read Terry Pratchett’s books involving Rincewind. 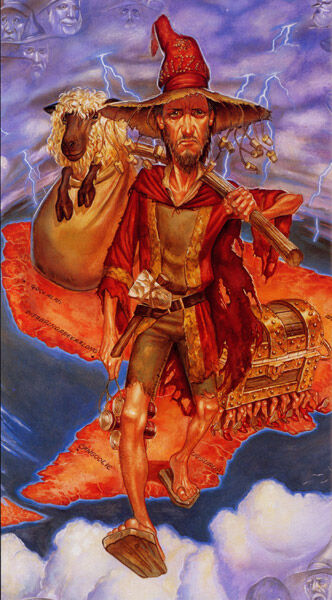 Rincewind the Wizard is a fictional character appearing in the Discworld novels of Terry Pratchett, several of which feature him as the central character. He is a failed student at the Unseen University for wizards in Ankh-Morpork, often described by...

I was thinking about tackling the Simon Snow series instead, but this has got to be better than the school that kicks out people when they loose their voice.

I don’t know. I guess the whole soldier from the evil empire being the chosen one sound pretty cool.

To me at least.

WE HAVE A WINNER!

Evil empire soldier being the chosen one sounds unique and intriguing.