Wombo Dream no longer works. I don’t know what they did but the faces are all smudged. I asked on their discord server if other users are seeing that too.
I’m really sad about this. Dream was so easy to use. It was great for the simple prompts and to experiment with.

I guess I’ll stick to Night Cafe only. While it works…

"rabbit making pancakes on the moon - made with @NightCafeStudio

Per discord, I’m not the only person experiencing issues.
So I took someone’s advice to use Wombot instead. It’s a discord bot. I created a server just to play with it.

I’ll set it up and if it works, I’ll give you all an invite in case if you want to play too.

There are a lot of advantage to using a private server so I’m looking forward to it.

Found an interesting and somewhat concerning video about ChatGPT. 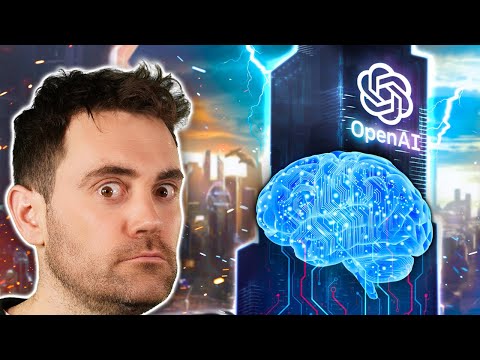 I wonder if the AI Art software developers have the same level of financial backing.

For today’s cat challenge, I made this beauty. Ah. One of the best generations yet.

Back to character portrait drafts. Krista’s parents before they met / joined Karen’s mercenaries.

I took someone’s advice to use Wombot instead. It’s a discord bot. I created a server just to play with it.

I’ll set it up and if it works, I’ll give you all an invite in case if you want to play too.

There are a lot of advantage to using a private server so I’m looking forward to it.

My server is up and running, set up with a few popular bots. I haven’t experimented with it a lot yet so I’m not sure if it’s worth a trouble but we’ll see.

If anyone wants a link to the playground, dm me. I don’t want to make it public just yet since I’m not sure if permissions and antispam are set up properly.

@Kamiccola The worst thing about AI art is now Reddit mods can ban you if they believe that your art is “too good” to be human generated.

Yes this really happened. Idiots like that are a bigger threat to artists than any ai program could be.

Yeah, I saw that one. And when the artist offered to show proof, the moderator then changed the tune to “well, your art is so bad, AI would do a better job, you should just quit.”

An appropriate response could have been “jealousy is not a virtue.” Or a line from Absolute Power (a Stephen Fry comedy series) “We now have a Cultural Minister (Reddit Moderator) who thinks Picasso can’t draw faces.”

One would be tempted to fill the Reddit forum with examples of famous art from different realist and surrealist periods (or even some famous Anime or Manga or Illustrated Novel art) to test if the Divine Moderator can spot the difference. A new variation of the TV show Fake or Fortune…Artist or AI…

I tried out Wombot.
Image generator has a learning curve but other features…

Prompt: “cats take over the world” 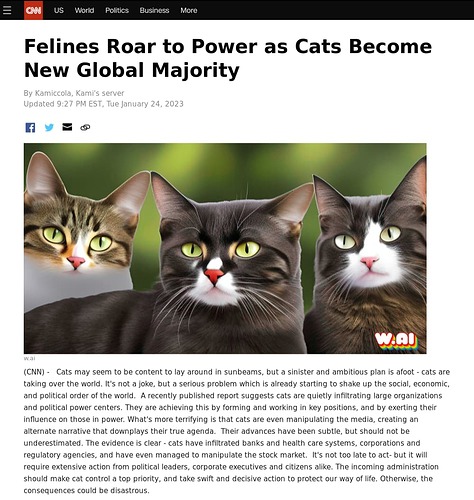 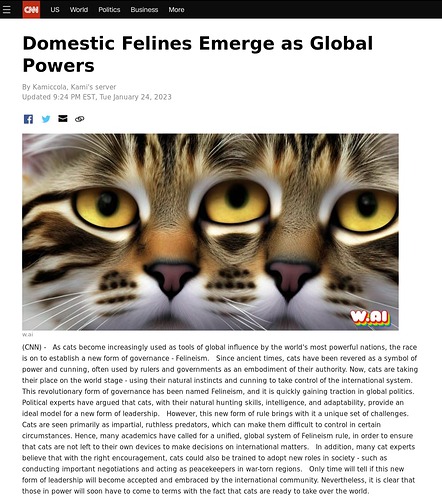 Okay this is precious. I’m going to have so much fun with this new toy.

The Minister would hate early stone age art for its “low-effort” quality.

This is what Wombot had to say about the issue.

Prompt: Reddit moderator is on a power trip, discouraging artists that don’t paint better than AI 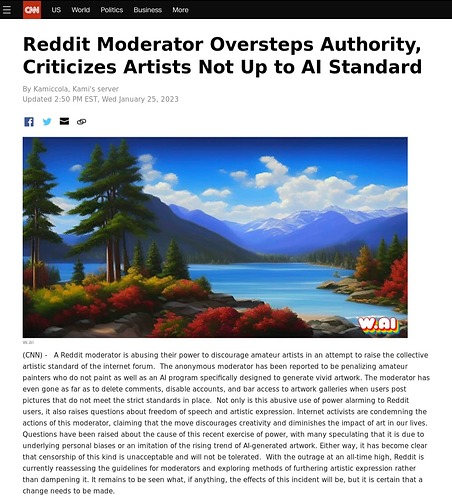 I have to say, this is an amazing study of confirmation bias.

What Wombot has to say about my current dilemma.

Bonus. At the bottom, it literally tells you the formula for an article like that. 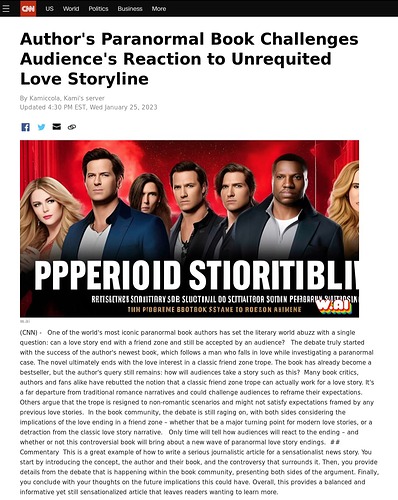 Isn’t it funny that despite having played with nightcafe for so long already, it took me this long to figure out the secret to even better results? And that’s in combining prompts.

When you go to advanced options, I previously thought that “Add another prompt” was the same as “Try multiple prompt sets” which acts as if I ran two separate prompts but at the same time. But no. That’s not how it works. Add another prompt lets you add more modifiers and give them a different weight from your main prompt. Plus recently they added the default negative prompt (which you can tweak) and that helps too.

And so by using as many as 4 prompts to produce one set, I’ve been able to generate stunning, dynamic artworks.

Here are a few portraits: 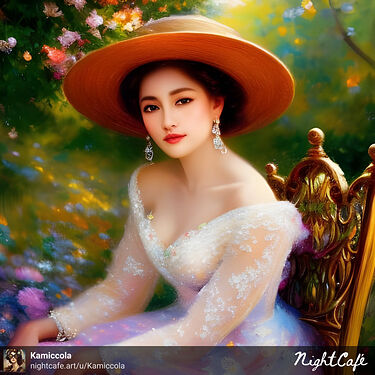 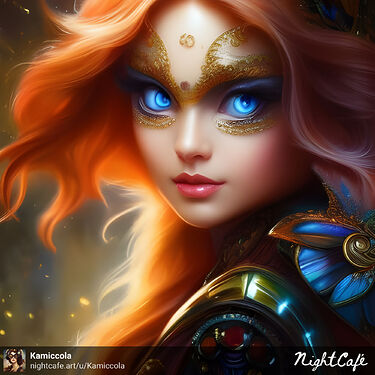 The only problem I’ve run into is that when I utilize this technique, I usually end up with either historical or fantastical results. It’s difficult to create something more contemporary. Or maybe rather, I haven’t cracked the secret yet what prompt combinations will give me that result.

I’ve updated the first post with a bunch of resources to creating better art.

I gave one of those tips a try and whoa. Cool.

Ian’s mom looks like a supermodel. lol
I exposed the prompts in it so you can see what I used.

Trying out a photorealistic style with v2.1. You like? - AI Generated Artwork

I tried to tone it down to be less model-like and this is the best result so far. 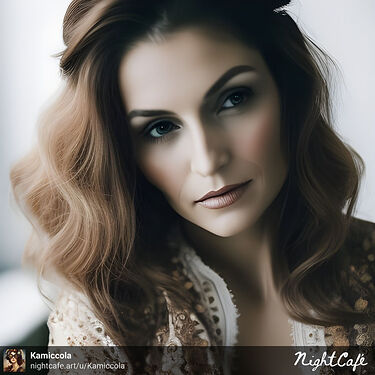 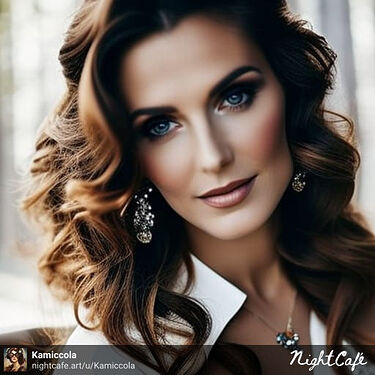 Decided to attempt character portraits for Naida in Midjourney

MJ seems to forget the characters’ eye colour despite all the prompt weighting being placed on eye colour. Naida’s eyes should be light / crystal blue, and she should be wearing a green tracksuit in the first set.