I have less issue with it being trained off of legit work because if this was a real problem then we could never study someone else’s work, at all. It’s different when it’s wholesale fully copying the work because a human ain’t allowed to do that, either.

I’ve been working on a new character I’ve added to the story, Amphora, the girl that’s trapped in Church of PoO basement. I’ve tried to create her before but it wasn’t working out.

Yet again, I’ve used up all my Nightcafe credits trying to create Amphora. Fantasy races are so freaking difficult to generate, but I actually like one of the results. Not at all how I imagined her (she’s supposed to have dark skin with purple dragon scales at her temples and black eyes) but I like her overall vibe. The attitude screams Amphora to me. I’ll probably try to create her again later once I gather up more credits. But for now, this girl will do. 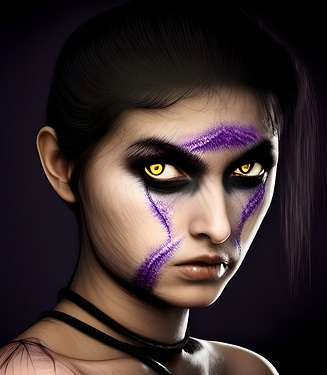 I find it easier to write a character once I can visualize their overall vibe. It’s pretty interesting how the portrait doesn’t have to look exactly like her to contain the same vibe and still be helpful.

Does anyone encounter the same?

I don’t find them horribly difficult, as long as I’m starting with something. I find them harder to make on a very realistic level. The top of every chapter for To Make a Kinder Children’s Tale has a style I made for that book, and about a 3rd of them are elves of some sort, starting with a model. They are done to be brush strokes and heavy-lined for that reason.

It’s easier to make the fantasy race as I imagine it with Heroforge.
I tried to create Amphora in there.
I’m still not sure if there’s a better way to represent facial scales, and I wish there were more hairstyle options, but so far it’s pretty close. 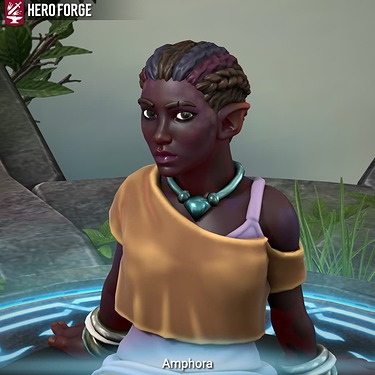 One day I’ll be rich and I’ll order all my characters that I’ve created with Heroforge. It would be so cool to see them on a shelf. Buahaha, dreaming.

I can get a 3D printer for $200 at BestBuy!
This really changes things.

Before I thought it’s too expensive to 3D print my characters because there are so many and to print in color is $45+ each. I’d go broke so fast.
But a download of the 3D printer-format file from HeroForge, that’s only 7.99.
If I had my own printer, I could get as many as I want.
Granted, I’d have to paint them myself but that could be a cool project, honestly. I wouldn’t be limited to the standard plasticky paint.

This is really tempting.
I wonder how much supplies for the printer cost and how many figurines they last for.

You get a scale pattern and put that layer over the top, change the transparency to better warp it in the directions it needs to go, then play with the various filters until something looks about right.

I can get on the computer after a bit and find some of my scale patterns I’ve made from Kalidascooe options some years ago, but I’ve still got this on my phone… 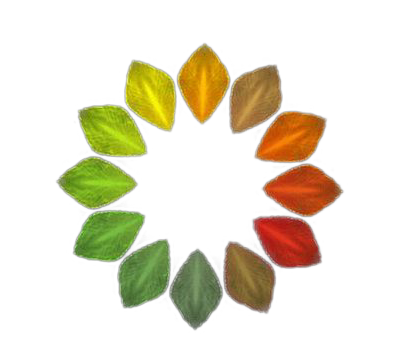 It’s actually the back of a beta fish, if I remember correctly, and this one looks more leaf-like to me.

Maybe I’d have to manipulate the image later. It’s just a shame because if I change her pose or anything, I’d have to do it again.

I could do it directly in Heroforge if they had multicolored spot options. The arm spots have 3 shades to them so it’s something to play with but the facial ones are just one color.

Hmmm. I actually didn’t check if any of the pro features were like that but I doubt it. It’s meant to be put on miniatures after all. That’s a lot of detail for a 2 inch figurine.

Got an ad for a app…

Need to look into it later.

If you have an account you’re automatically logged into on the app and it says that in here, clocking on it still leads you to the content. Not having fb or not being logged in would prevent it from opening. Possibly having this is try to open in a browser I stead of the all might happen, too.

But I was trying to not forget it until I could look up a site that wasn’t totally an ad for it: 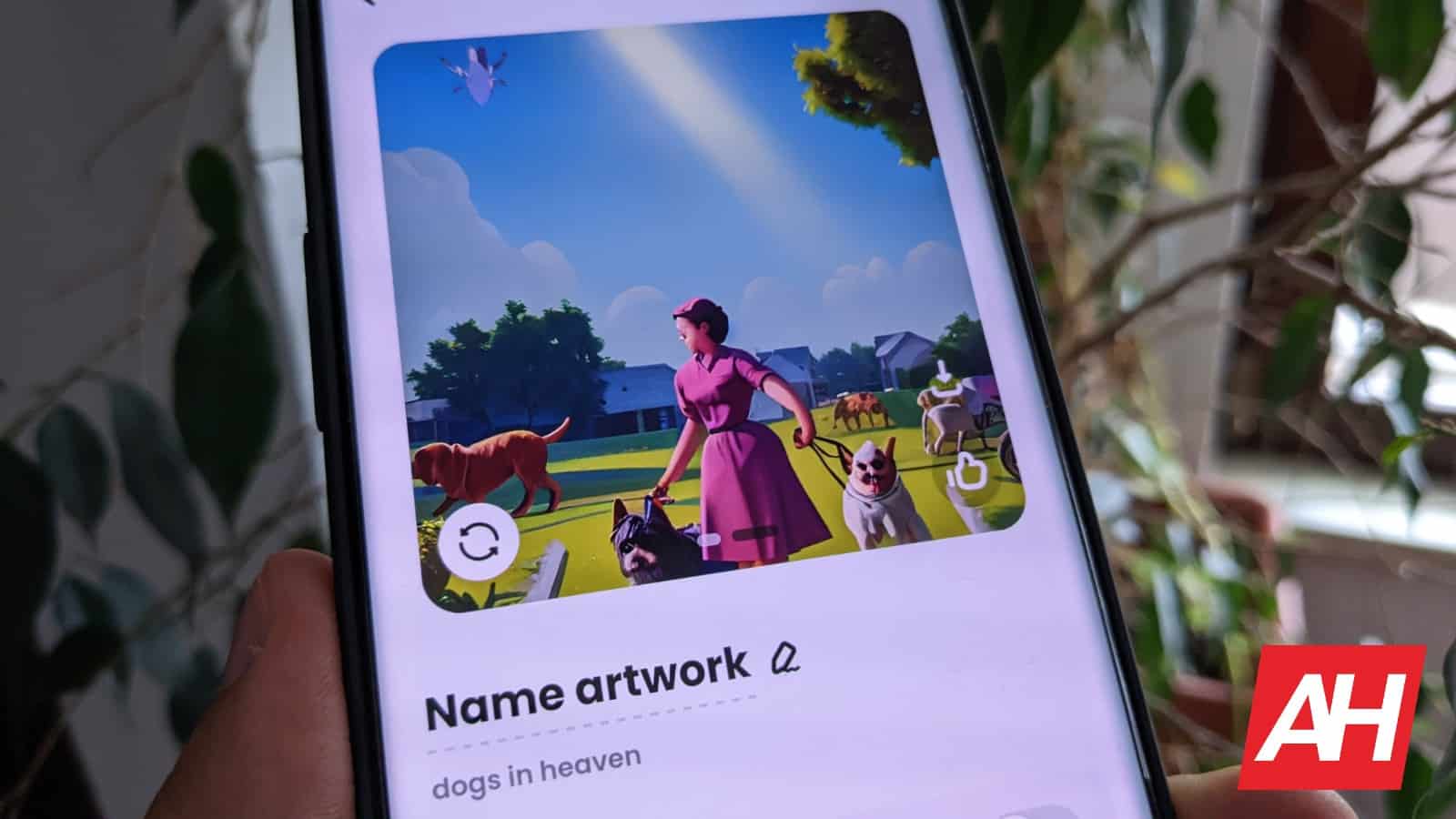 Many of you have probably heard of DALL-E, which make a lot of noise recently. Well, there is something similar out there that you can download on your