Crazy laws and rules that only make sense in your story's world?!

The title speaks for itself, but if you want an example, I shall give you one.

Crimes against humankind can result in not only the person(s) getting executed but the nation that the person comes from as well. This is done to make an example and show the world that it is never a good thing to start wars or war crimes. This isn’t too crazy, but whatever.

A really crazy one is if the Sovereign is touched by someone who isn’t apart of their inner circle. They are automatically kill and their country becomes a Shadowland.

Touching the Sovereign with or without their permission is like touching a deity.
No one is allowed to lay their hands on a deity.

What about you? I am sure you all have crazy rules and laws.

proceeds to break both rules

There’s also a whole bunch of race/gender/sexuality/religion rules that basically say “don’t be a d-k about people’s lifestyles unless you want the consequences”. Within reason, of course. I mean, if your beliefs invovlue sacrificing or hurting living creatures, you’ll probably be stopped

What are the consequences of breaking these rules?

Your executioner can eat your corpse.

There is a very long, very disturbing, and very weird story for why.

Your executioner can eat your corpse.

With a side of fries?

It’s not traditoinal to have a side but you can if you want.

No, because the executioners will usually be of a different species.

It’s not traditoinal to have a side but you can if you want.

I want a prisoner kebab

Seriously man, only in HaDverse.

Seriously man, only in HaDverse.

What’s gotten you in a bad mood?

Crepe
I didn’t mean it that way!

This this a sign I need to use…tone indicators??

Yeah, it’s the darkest fantasy-romance I have ever found.

This this a sign I need to use…tone indicators??

Sends you plenty of toner

Depending on the severity of how they are broken, banishment from the planet

No ice-skating or skiing

Seriously… who thought it was a good idea during a lethal eternal winter?

Banishment from the planet? Holy hell that does sound intense!
Is there place for them to go to or not?

A lethal eternal winter, huh? How are people managing in that type in environment?

Generators, built by the British, Americans, French and other industrial nations

They are massive machines designed to create heat 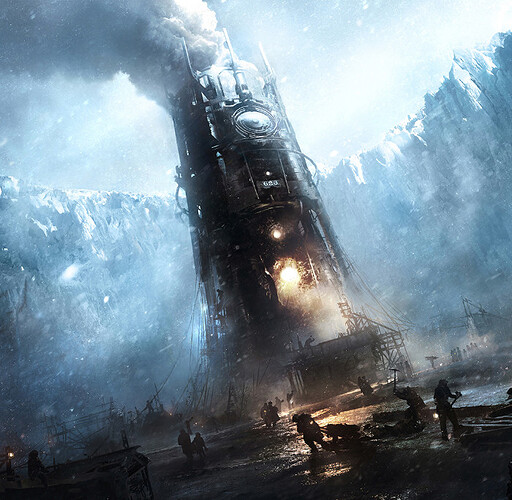 What a relief that there’s some heat!
How else are the people managing in the eternal winter?

How do they handle finding food, poverty, and other stuff?