I finished reading Steelstriker today, sequel to Skyhunter and now I have read 20 books this year! I like ending the year on round numbers

Maybe it’s not a hundred, but it’s the highest count I’ve had in a long while for novels. And one of them was over 850 pages.

I count this as a good win.

Also, most of the books were really good books, so that was nice. So…yeah, that’s it

I just wanted to make an entire thread for this major bookish accomplishment of mine. Oh, and I started TikTok kind of (@ foxwood_reads if you’re interested).

The longest book I read this year was just under 750 pages. I used to smash fantasy door-stoppers one after another when I was younger. Now it’s a massive chore. I choke at anything above 600 pages. Been getting into 100 - 200 page novels lately.

I’m at 30 books and counting this year. All of my library holds came in suddenly so I’m trying to figure out which titles I wanna prioritise.

I downloaded Yonder, the cooler Wattpad app, and am not impressed by the limited collection.

According to Goodreads, the longest book I read this year was 5,272 pages, but that was the complete Claymore manga. ¯\_(ﭢ)_/¯ The shortest book, conversely, was 24 pages. 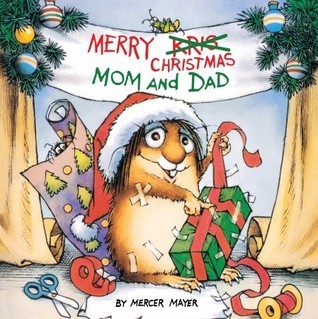 Mercer Mayer's Little Critter is getting ready for Chri…

Now it’s a massive chore. I choke at anything above 600 pages.

Same here. The long ones feel so brutal

I usually average between 30-50 books per year, this year I’ll come in at around 35, so a bit less than average

How was the reading year? Any good books?
Any bad books?

And if you’ve got time, why were they horrible (without spoilers)?

A Confederacy of Dunces
Normal People
Sea of Tranquility

The worst three are a little harder. There are so many to choose from. I hated so many books that other people love. I hated The Alchemist, I hated The Prophet, I hated The Sheltering Sky and The Sorrows of Young Werther. I hated Spring by Ali Smith. But if I had to pick the absolute worst, it would be these:

Jonathan Livingston Seagull
Leaves of Grass
The Epic of Gilgamesh

Here are the five best books in no particular order.

I don’t want to talk about the actual worst book I read. Here are some disappointing ones instead.

Manga is bizarre because it is usually split into several volumes, and a picture can be worth a thousand words, so page count can be difficult to calculate.

Tess Gunt might have to go to the hospital after that severe burn you just gave her.

Rabbit Hutch sounds like if I made my dream journal into a literary novel.

If you hated The Epic of Gilgamesh, would you enjoy the story of Osiris more?

It might even be safe to say that you read twenty-one books since that’s like two average-sized books there.

But otherwise, congrats on that!

I finally finished my eighteenth book for the year, and I have quite a few days off of work (I go back to work this upcoming Tuesday (the 27th), then I get Wednesday off because I work between Thursday to Saturday. But then I get the New Year off (the first and second) and then a full two-day weekend after working for four days (and I say this because I’ll have to work the following Saturday, the 14th, afterward). So I’m gonna be starting a new book and hopefully get it finished before the first, and if not, at least right after.

Oh, and I started TikTok kind of (@ foxwood_reads if you’re interested).

I’ll have to check my goodreads account…
I finished “The Expanse” series which is definitely worth a read, and started the Wheel of Time and it’s seems pretty good so far. Also finished the witcher series which is a must miss unless you like being bored by a professional bore

But the best book of the year was :

I knew it. I should’ve gotten this one when it was on sale.

I hated The Alchemist

Is this the one by Paulo Coelho?

Between the three, what was the best one?