Would you say I’ve improved so far?

I still haven’t figured out the blending though, but I need a fresh vision,I’ve been looking at it for too long… 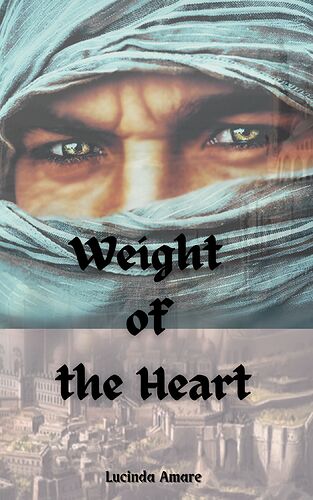 This looks even more jarring now, less like a cover and more like what it is; two photos stacked together. The text is better though, but I can’t glean the genre of this.

Been a while since I did a req on here. Red As Blood is for @/shakespearian1. Thoughts? 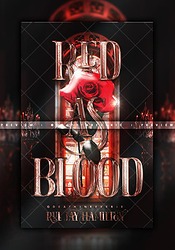 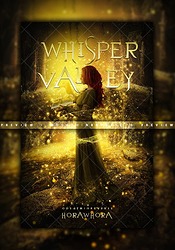 the picture of the man wasn’t the right size so I added a white box underneath and blended it back together with the other picture. I still need to play around with colors en fonts though. Sorry for spamming btw but I’m trying to get better

Also, the tower sticking out next to his eye like that to me looks like it could be a scar. It was accidental but I like it

I just wanted to get a comment on the blending. I won’t post anymore until I think I’m finished 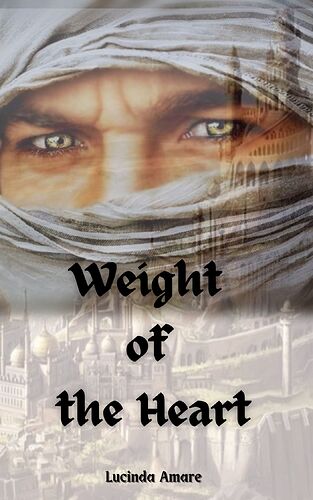 No worries, really! Though we should probably move this to private messages or something if you’d like feedback from me every step

Yup, you’ve gotten the hang of blending, now the next step would be to make it look seamless. Def try getting those colours to match

I think you could do it darker on the bottom though.

I also use the free version of Canva sometimes. I think in Canva, there’s a way to darken or make lines clearer? If you go to Edit Image and if you click on Adjust, there’s a way to increase “Shadows” which will, hopefully, only increase the shaded parts of the bottom photo. Then you might adjust “Clarity” or “Highlights”.

It’s good if you’re just starting out that you mess around with all the adjustments you can make to see what each of them do. Slide that dot to the highest and the lowest and see what they do. Experimentation is key to improving

If you’d like, I have a critiquing service where we can talk a little more about the cover instead of using a lot of space here. If I can get a more overall idea of where you want to go with it, I think I can give a few nudges and I’m pretty familiar with Canva

(and the limitations of the free version

Here is the place.

Well, it is so beautiful

Although, I do feel like the “As” has slightly blended too much into the background. It’s right over the leaves which is quite dark. The rose really stands out and I feel like it out shines the “As” a little bit bringing my eyes to the white of the rose and not the words. That white on the rose can maybe be a little dimmer?

Does this seem crowded? 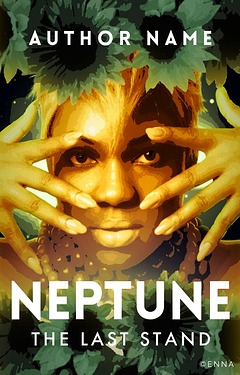 The first version of broken is so lovely!

It’s simple, and yet the colour combination and layout of the text absolute has my heart XD.

The second version doesn’t give me as much of an angsty vibe so yeah … also, this is a general rule of thumb but never use script fonts for subtitles/author names etc.

Fated Desires has a really lovely layout, but I do think you could have given more focus to the lighting.

So, the wolf will be backlit, and the girl frontlit. You could up the contrast, increase the moon’s glow and darken everything else before using curves for the highlights on the girl’s hair, the upperparts of her arms falling inwards (if that makes sense) and on the wolf’s fur.

As for When Our Stars Collide, once again, nice layout. Some lighting and depth work here could really pull things together. That swirling thing in the sky (which could be centered imo) can be casting blue light onto the tops of the manor and on the grass. Since the light’s coming from the back towards the top, the manor should be casting a shadow onto the grass.

I was afraid I’d done it with that

I’m the same, so don’t worry about it

Yep, the curly ones XD and it’s not good practice because to people, especially in thumbnail view etc., those small subtexts aren’t going to be easily legible.

As someone who is a pure PS user, I can tell you that you will, with enough practice, be confident to work entirely in PS and enjoy it someday!

It’s not noob for sure XD Lighting is very difficult to get right, and especially easy to mess up. I’m only going to be able to give you tips in Photoshop, but I hope they’re helpful XD Not particularly geared towards the design though, just general tips. Stuff like curves and levels adjustments layers are my go-too for these kinds of thing, and this is for plain lighting (ie no colour or something). Let’s say it is coloured (not sure if you’ve seen my Crimson Masquerade cover but here just for reference) I’d use a solid colour fill layer and choose the colour of the lighting I need. Add a layer mask to the layer, fill it with black and then paint using white on the mask itself. The example I’ve shown is backlighting (still not perfect/accurate enough though

), which is why the light only touches a little on the inside of the model, but the edges are harsh. I believe eggyeuls has got a really insightful guide to lighting in her designer’s guide in the chapters lighting, and lighting theory. There’s references there as well to how light affects shadows and highlights dependent on its source.

Ah no worries! Manips can be a pain since you’re sourcing so many different resources to make one seamless composite so take your time! PIXimperfect has got really good videos about lighting, composition and PS in general on his channel on YouTube, so give those a watch if/when you can! <3

Didn’t consider that for sure XD I was more pained over the fact that the rose wasn’t turning out the way I wanted lol I’ve already sent this in, but I’ll keep this in mind for any similar work I do in the future! <3

Hey Everyone! I have a quick question for you all!
I have this logo that is big in my WIP, but I’m trying to make it fancy looking… Below I have the logo that was made for me about a year or so ago… But I want to see if anyone you know how to make it look fancy like the second photo. 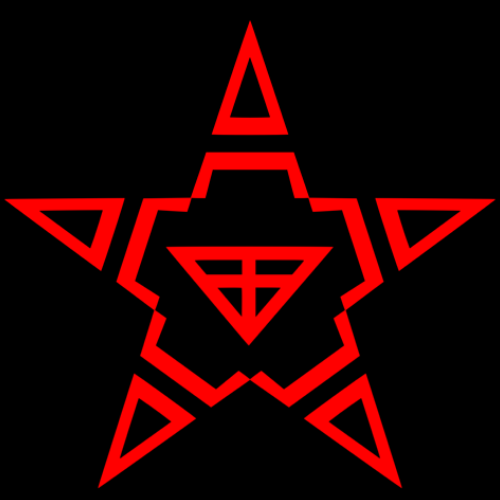 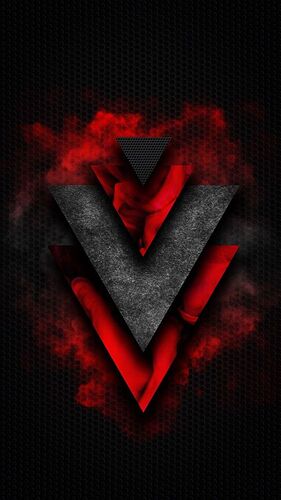 Also is there a YouTube tutorial you all watch to help improve graphics?

Thanks for the FB. I have been playing around and I think I’ve gotten a lot better

No problem. Feel free to come by

Haven’t made covers in a while, so this is a pretty good outcome of two completely different styles 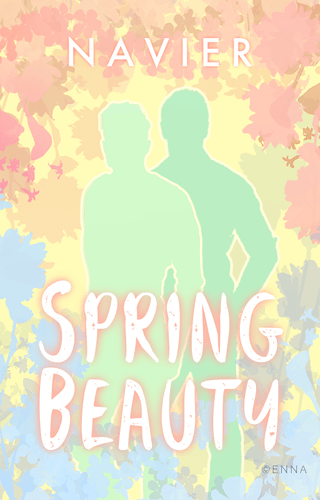 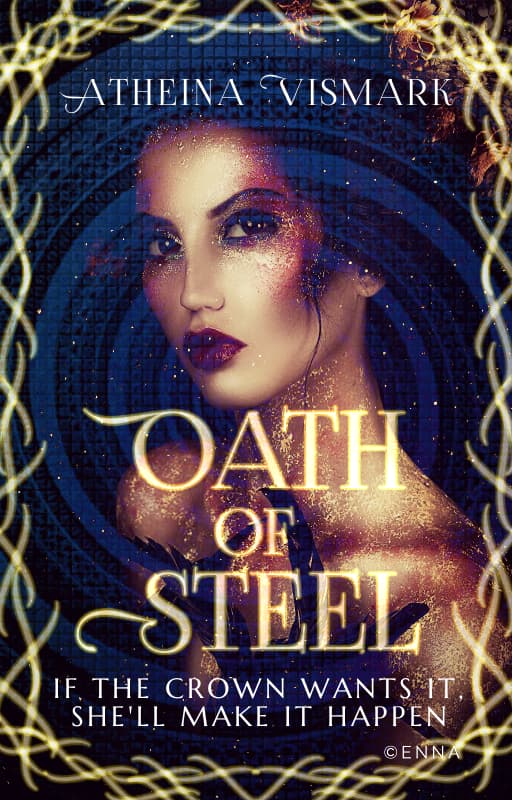 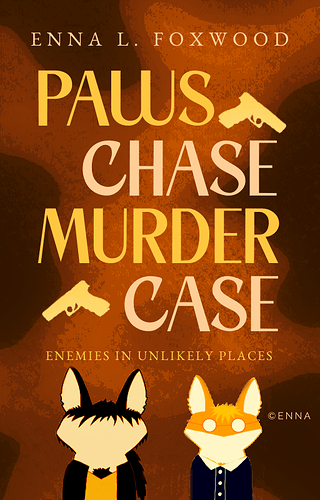 I drew my characters and put them on the cover.

Got some new character design for my character Liwani (did the new one with some help with AI art initially for some broad/generic visuals, then changed the face and hair with faceapp and photoshop + added the snake necklace to look like my character).

Here’s a comparison of my old vs new art for Liwani: 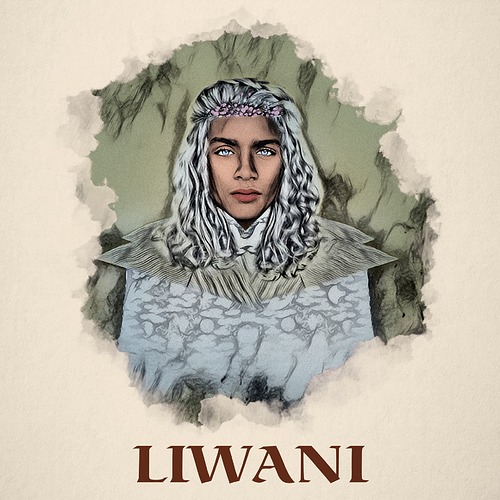 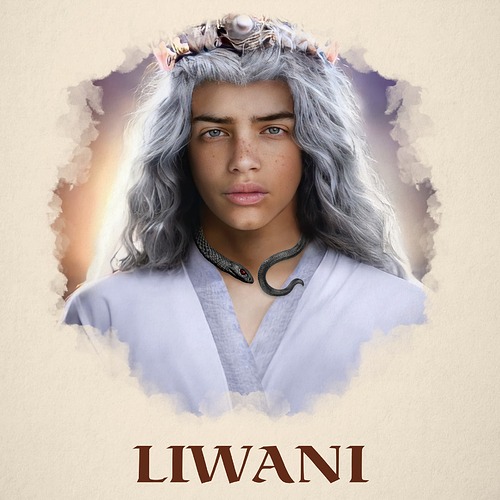 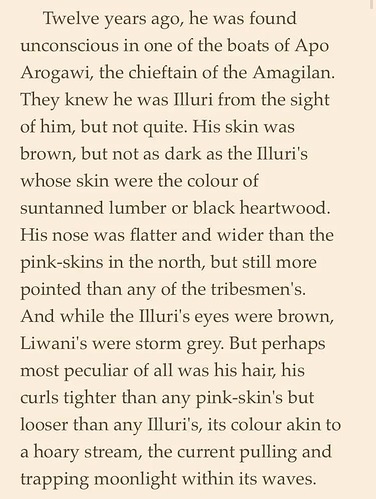 LIWANI’S DESCRIPTION AS WRITTEN IN THE STORY