If you have self-published a book, you are welcome to advertise it here.

We encourage you to include the following, if applicable:

All submissions will be sent to the moderator queue for approval to prevent spam and/or wrong category/cross-category posting.

When the tides roll in, death follows.

That is what eighteen-year-old Hania has been told all her life. For the depths of the sea hide the cruel and magical tidespeople, strange gods and creatures of the water who see human life as nothing more than a game. When they sweep her brother away with them, a new pet for their queen, she knows she has no option but to get him back. And her one hope is Aven, a lonely, imprisoned selkie desperate to return home. So she strikes a deal.

She will return his skin, and his power with it, and in exchange Aven will take her to the Realm of Tides.

But once there Hania finds a world unlike any she imagined. A world of beauty and danger, of magic beyond any the old tales could have prepared her for. The longer she finds herself there the more fear of the undersea realm turns to awe–and an uneasy alliance with Aven turns to something far more thrilling and far more damning. But here deadlier creatures than Aven lurk, eager to kill her, claim her, or break her.

Her brother’s capture is only the beginning of the game. A game of hearts and lives, loyalty and cunning. And to save them all she must be willing to play it and win–or die trying.

The stories you loved as a child have been twisted into wildly addictive tales that will bewitch you as an adult: enchanted castles, spellbinding magic, handsome princes, beautiful princesses, and as many happily-ever-afters as your heart desires.

Cherish this mesmerizing set of 20 classic tales retold by a collection of best-selling and award-winning authors. Each novel-length story features a different take on your favorite fairytale.

Your every fantasy will come to life in ways you could never have imagined, packed full of heart-wrenching romance, gripping adventure, and magic that will weave you in its spell. Grab this limited edition set before the clock strikes midnight!

Alice in Wonderland by J. A. Armitage and J.A. Culican
Cinderella by Kimbra Swain
Snow White and Rose Red by Eileen Mueller and A.J. Ponder
Beauty and the Beast by Beth Hale
Aladdin by Zara Quentin
Rumpelstiltskin by Craig Halloran
Sleeping Beauty by Stacey O’Neale
Wizard of Oz by Amanda Marin
Snow White and the Seven Dwarves by Lacy Sheridan
Red Riding Hood by May Dawson
Rapunzel by Anne Stryker
Sinbad the Sailor by Cassidy Taylor
Robin Hood by Jacque Stevens
Little Match Girl by Lee Ann Ward
Twelve Dancing Princesses by Kit Winters
Mulan by Charlotte Daniels and Charlie Daniels
The Nightingale by IreAnne Chambers and Rachel McManamay
The Girl without Hands by Daphne Moore
Nix of the Mill Pond by Astrid V.J

Kayliani has never felt so helpless. Just entering adulthood, she never imagined being in the unenviable position she finds herself. Her world slowly crumbles and nothing she does seems to help. Cast out of her family, Kayliani is forced to rebuild her life alone.

Help comes in the unexpected form of Francois. Claiming he loves her, Francois is willing to pull her out of her downward spiral and help get her life back together. Despite not sharing similar feelings, Kayliani is open to the idea of seeing where it leads.

Further confusing the situation is Fitz. He professes genuine feelings for her, going so far as to help her realize she still has worth. Kayliani remains leery, for only one person has stood by her side through thick and thin: Miley.

Trapped and confused, Kayliani knows the time is fast approaching when she will have to give her heart to one of them.

Available in Paperback or Kindle Edition 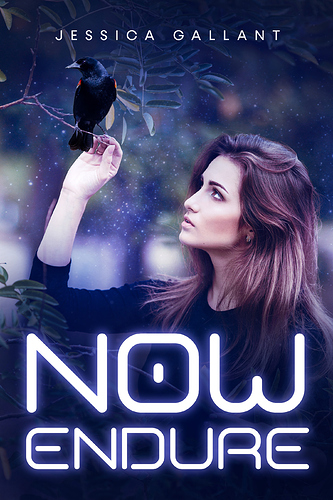 The New World Order has finally arrived. It is the time of big brother and rising despots. Some claim it utopian, others dystopian. Either way, the world has changed. Battle lines are drawn, both socially and politically, and the only ones truly suffering are the people. There is tension in the air. It is a world ready to ignite. All it needs is a spark.
The virus hits like a plague. Millions are dying and humanity teeters on the brink of extinction unless a cure is found. Like everything else, salvation comes at a cost. Those that refuse are instantly considered enemies of the people.
Nothing will ever be the same again.
MATURE: Murder, Plague, Disease, Language, Violence
Trigger Warnings: Plague (similar to COVID), family disturbances

New adult/Chicklit/Romance
Clean romance
No mature themes
Coralene had been raised to believe that her place in life was to be married and maintain both home and family. Quickly approaching seventeen, those certainties she was raised with are cast into doubt the moment she meets Derek. Tall, handsome, and a star soccer player, he is everything she has ever dreamed of.

Love blossoms but is forced to wait until Coralene finished high school. The year long wait proves dangerous, for in walks Jean Philippe. The dashing Frenchman sets his sights on Coralene. Trapped between emotions and the attentions of two men, it is all she can do to stay sane. Coralene knows the only way through the problem is to trust her heart.

But what if that isn’t enough?

Occupying Til He Comes

Spiritual (Christian)
USA: https://www.amazon.com/Occupying-Til-He-Comes-Mina/dp/B086KZ899R/ref=sr_1_2?dchild=1&keywords=occupying+til+he+comes&qid=1602069184&sr=8-2
Canada: https://www.amazon.ca/Occupying-Til-Comes-Jessica-Gallant/dp/B086KZ899R/ref=sr_1_1?dchild=1&keywords=occupying+til+he+comes&qid=1602069177&s=books&sr=1-1
When life gives you a full plate, it’s hard to sit down for twenty minutes to read a daily devotional alongside the Word of God. Following in the footsteps of the original My Mina , Occupying Til He Comes offers 1-3 minute reads to help you immerse yourself in the Word at any time of the day.

Spiritual (Christian)
https://www.amazon.ca/My-Mina-Occupy-til-Come/dp/B085RTM55Y/ref=sxts_sxwds-bia-wc-drs-ajax1_0?cv_ct_cx=my+mina&dchild=1&keywords=my+mina&pd_rd_i=B085RTM55Y&pd_rd_r=4896f87d-caad-4b54-9513-fcc8d093dab1&pd_rd_w=QYuOM&pd_rd_wg=JVUCB&pf_rd_p=8265b151-560f-440d-99fe-dd8921246a8e&pf_rd_r=6ZRNCCA8WSPY2N61SBFY&psc=1&qid=1602067935&sr=1-1-25b07e09-600a-4f0d-816e-b06387f8bcf1 (Canada)
https://www.amazon.com/My-Mina-Occupy-til-Come/dp/B085RTM55Y/ref=sr_1_3?dchild=1&keywords=my+mina+jessica+gallant&qid=1602067974&sr=8-3 (USA)
After our conversion, and following the steps clearly lined out by Christ to be one of His, in order to hear “Well, done, good and faithful servant. Enter into the joy of thy Lord,” we are required to live a life of holiness and obedience. As flesh, we are unable in and of ourselves to live a life of holiness to perfection, but in mercy, Jesus offers us His grace which empowers us to live a holy, obedient lifestyle and through the work of His Spirit He is able to present us faultless.Utilizing Scripture, we learn how to live a life of godliness and holiness in this present world. May this book be a blessing to you. May it be transparent and point to the Author and Finisher of our faith! All glory goes to Him. May God bless you, encourage you, keep you, and give you peace.

Available as paperback and on Kindle. 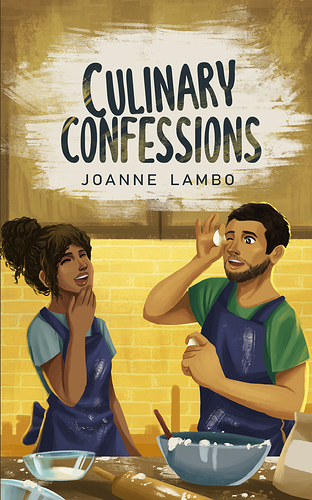 Madelyn Jones has always wanted to take over her aunt’s bakery. For her dream to finally come true, she has to bake a wedding cake for a customer and nail it to perfection. Luckily for her, her best friend, Justin, is in town, after finishing culinary school. He decides to help Maddie out and the pair start working on the most perfect wedding cake they can muster. But between sugar flowers and tasty fillings, the two best friends slowly understand that there is more than friendship lingering in the air. As they spend their days alone in a small kitchen, how long can they deny their ever-growing chemistry?