It’s definitely very annoying if you aren’t constantly writing something by hand nearly every day. Before Covid when I was actually in school it was so easy to write books by hand but when we moved to online I was barely writing by hand so it started to get quite annoying real fast.

I’m still writing more digitally than physically after that but I do miss being able to write physically for so long.

A song only needs a good tune and lyrics that fit the metre. As long as the band can play their instruments competently, you’ve got a decent song that someone will buy. Songs also have a built-in audience for that genre, and get airplay and venue bookings to advertise them. Books don’t, at least not for those who don’t write what the Big 5 are looking for atm.

Fair enough, but what if you can actually make a niche like that and have people buy your books, or you at least gain positive clout from it?

Isn’t that an antithesis to the conformity of the industry? I think that if authors didn’t comply as much, there would be more freedom and people’s tastes would change, within the big 5 publishers. If enough of them protested.

The publishing industry and the big retailers are kinda screwing some authors over at the moment.

A good book needs a plot that tells a logical story in a memorable way, with characters the reader can live vicariously through.

Yes, of course. But it doesn’t have to be written in a cookie-cutter way. It needs to make sense within the story, the style of writing. And what you want the story to be about, and achieve. Sometimes that requires a different structure. Randy Ribay’s first book is divided into 5-6 parts, and it made sense for the story, and it didn’t have a ‘traditional structure’ and people still loved it. It worked for what he was trying to tell.

While there’s a book out there for every reader, most of those books remain undiscovered by the readers who’d love them most due to the technological impossibility of AI that can scan a book for depth vs. shallowness and other variables that make or break a reading experience. Science simply doesn’t have the technological know-how for a decent search engine at this point in history. So it’s normal for writers to worry about writing to a formula that helps their books get discovered. Discovery = success.

Yes, that too. The algorithm is for and against many people. In music too, and in videos and promotion. AI thinks it’s smart, but it can miss the mark sometimes, in terms of story visibility at times. It’s not as advanced yet as it thinks. But even following ‘the formula’ doesn’t guarantee success at times. You have to stand out int he over-saturated market and put your own twist on things, and shock people. Get some clout sometimes.

I think they do. A lot of music is copying success or trend, no different from writing. And, like with books, songs sometimes break out against advice of music industry. But, sometimes it helps. See Go-Go Girls success after being repackaged as pop from punk.

Yeah, I think marketing helps as well. Sometimes you never know what people might like, and some writers do also rebrand themselves, writing for another genre and it works at times.

Why do writers think they’re any different and don’t have to study?

There’s a difference between studying the craft and letting it limit you. Of course, learning the craft is one thing, and understanding how to write a novel is another, but I also think that some people expect that if they follow all the rules, and advice, and they learn the trade they expect results.

Sometimes you have to take what you gave learned, in music, or writing and bend it a bit to fit what is best for what you’re writing and make it make sense and get people invested in it.

I never said don’t study, I’m just saying that you need to sometimes experiment and think outside of the box. It should be encouraged sometimes. Study all you want, and gain all the knowledge you want, but don’t expect a cut-and-dry formula from X to work for you in the same way as it did for Y.

If I did give off the impression of don’t study, I didn’t mean it that way.

Even if it is perfect, you can’t expect the peanut gallery to agree.

Not sure where it came from but today I got an idea for the first chapter of the paranormal story that I’m currently NOT working on.

I did always feel like I could use a better first chapter and this one (a 95% rewrite) might be it.

It starts off a bit cliche since it’s in high school, last week before graduation to be exact, but I think that works too because my character gets to hope that leaving town to go to college is the solution to all his problems.

It also helped me solve the issue of my lovebirds meeting, their stories combining right from chapter one. So when it’s her pov in chapter two, readers will already know who she is. Pass the baton if you will.

I wrote it down and got a bit of that chapter on the page.
I was pleasantly surprised by how easy it was to get into this character’s head. I haven’t worked on this story in months but it just flowed.

Actually, I might know where the inspiration came from. I was reading something. Hmmm. I should read more often.

I think I figured out what I’ll try out for NaNo. It’s been a sorry I thought to do last year. Problem is I ought to plan a hair, and I need to work on finishing things up, but had kids ill for like 3 weeks.

I am so done with handwriting notes.

From now on (if I remember), I shall only hand write notes pertaining to this novel when I get a interesting idea.

Speaking of ideas, I feel like my story is slightly lacking in some ways far as plot. Like, I want more to happen (not too much) in this story than three siblings trying to unravel the death of their parents.

I am going to jot down some more notes that can possibly be helpful with giving this story some spice. But not too much spice, since that will make the story overwhelming in taste.

The three siblings are the main focus, but the other characters need a chance to shine to. I think I have a subtle subplot in mind for it.

So, back to more writing by hand until I am able to move to the typing process of the notes. Yippy Skippy.

Back to what I was saying about adding spice, I need to figure out what is the right spice that will do wonder to my story’s stew.

So, enough bitchin’ about the handwriting. I need to refocus again so that I can create a tasty spice for this story.

I would ask for ideas, but all of this falls on me since I am the only one who knows what I would like…hopefully.

Nothing else to report.

EDIT: I made a thread pertaining to my story’s stew. LOL!

Sorry for the late reply.

I used to hand write fiction back in my younger years, but because I am so used to having technology, I can’t stomach handwriting now.

I would rather type my stories and novel related notes. It is also funny yet sad because I continue to buy notebooks or legal pads knowing full well that I hate writing in them.

I wish I could hand write entire novel without too many problems. That’s not happening though. LOL!

Somedays I do need to write by hand far as note taking while other days I am not for it.

But it doesn’t have to be written in a cookie-cutter way. It needs to make sense within the story, the style of writing. And what you want the story to be about, and achieve. Sometimes that requires a different structure.

You’re asking writers to risk losing income to publish something the industry’s not ready for instead of writing what’s known to sell.

That’s from an article posted earlier this month at PW btw: 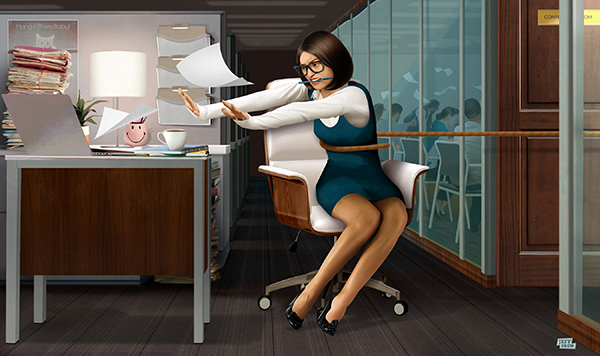 Is the Publishing Industry Broken?

As houses across the industry start recalling staff to their offices publishing professionals are pushing back against low pay, heavy workloads, and an increasingly stifled corporate environment.

Incidentally, that’s why I self-publish. I’m like you–I’d rather experiment with something that’s never been done before than write to formula. But my parents support me financially, so I can afford to write books that don’t sell. Other writers aren’t so lucky, so I don’t blame them for writing to market instead of thinking outside the box. ¯\_(ﭢ)_/¯

If you have time you might want to read that article. It’s long, but there are some interesting revelations in it. For instance, @XimeraGray used to tell us that one thing you were certain of at a Big 5 publisher was a book launch, but nope! Ever since the pandemic they don’t do book launches anymore. So book promotion is now entirely on the writer. Argh. (ง︡’-'︠)ง

I am starting to feel it from handwriting too much.
I am going to take a bit of a break and do something else besides writing notes.

Got through part of next chapter and penned notes for the sequence of the events till the end of the story. The total word count is 36.8K but this is with notes.

Finally able to write a new chapter for my BL Scifi saga using my dance choreography map. I only got up to a few steps. The dance map will be more of an arc now.

Got some good advice and help on my “Adding spice to my novel’s stew” thread.
The advice that I got is:

That is all I got for now and I feel like I am missing things or misunderstanding things somehow.

Real quick, I made a huge discover with the One Piece manga in the latest chapter.

I always thought that Dr. Vegapunk was a man, but apparently, it’s a young woman.

For now, I am in disbelief until the next chapter is released.
Nothing else to report. I am shaking from the realization.

EDIT: I need someone to talk about this because I can’t stop thinking about it. Help! LOL!

Wait I thought this was about adding sex scenes to your story. BookTok has ruined me. They call sex “spice”.

I kicked off my book in Neovel. I’m starting to doubt my chances there for an engaged audience. It seems a lot of new works don’t have many comments or reactions. Fingers crossed.

After dealing with a personal problem that I rather not get into, I am going to focus on some writing while my dinner cooks.

I am hungry and exhausted, but I refuse to let that get me down. So, I am going to try to do some writing even if it is a little bit.

Nothing else to add.

No writing today (yet?) but I did practice drawing. Traced but I still feel like it’s too realistic vs “anime” ish? Theo, the main love interest for the prequel based on this guy + tattoos.

I got to 37.7K today, finished another chapter. I’m really hoping it’ll keep moving smoothly. The next chapter is the one with the chain saw abs watching