Hello. It is I, JellyGhost/HKelle/Kgravez, and I am here to draw your characters terribly.

Tonight the house is:
CLOSED

you didnt tag me

but i still came

ah well fwiw you can never hurt my feelings with a tag.

I should only submit one character at a time yes, to give other people a chance to req? i have a character req for spooky and one for ghoulish is why i ask.

Eyyyy since you’re the first guest in the house, you can request two characters for your slot ᐠ( ᐛ )ᐟ

brb runs to fill out forms

Character Name: Anastasia
Art style: (Spooky or Ghoulish) Ghoulish
Headshot, Bust, or Full-body: (Full-body not available with Ghoulish style) Bust
Species: Human
Age: 32
Gender: Female
Hairstyle and color: Tied hair, black hair
Personality: Sweet, caring
Pose/expression suggestions: Smiling for the camera, with gloves and warm clothing
Anything else?: (Feel free to info-dump!) She’s originally from Greece, but moved to Chile for work, she’s an engineer that worked in construction in 2030 until she was called for the Biggest Construction Project in history, an entire City designed to resist -120 degrees celsius at lowest, with the idea of a -85 degrees celsius weather in mind. She was told after the project started that the reason for this is that the weather is changing worldwide, and that -60 to -85 with occasional -100 storms will be the common weather by 2034. She was given a free slot in the city for her services
Nowadays, in 2034, she lives in the city of New Santiago and works in the Research Stations for trying to find a way to revert the climate and improve survival measures. She visits the bar after work often
Image refs: (The more, the merrier!)
Aaaaah! IDK why but it won’t let me post it, wait 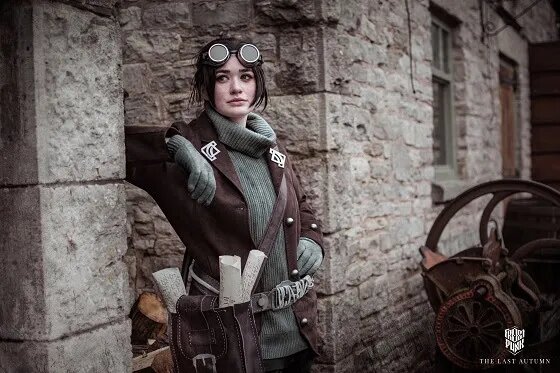 Okay, that made 0 sense, both were authorized formats, and both were the same format actually (jpg), what the hell Wacky?

Anyways! That but with tied hair!

Btw, the fact I filled my thing first… don’t let it ruin this, give the two characters to Say regardless, they were here first lol

You know him, you love him
Character Name: Umbrum
Art style: (Spooky or Ghoulish) Spooky
Headshot, Bust, or Full-body: (Full-body not available with Ghoulish style) Full-body
Species: I’ve been considering calling his type “Urok”, but he is a divine creature
Age: 20 billion
Gender: He’s so masculine he still dresses like a 11th century Viking Cheiftan
Hairstyle and color: He has no hair. Not even eyelashes.
Personality: He has the dual nature of being both terrifying and paranoid, cold and distant but also socially awkward and shy, like the centipede he holds as his patron animal.
Pose/expression suggestions: Blank, vacant or slightly sad
Anything else?: (Feel free to info-dump!) He really likes dark colors and is seen as weirdly cute. He used to look like a normal, slightly unattractive guy with horns but that was a long time ago.
Image refs: (The more, the merrier!) 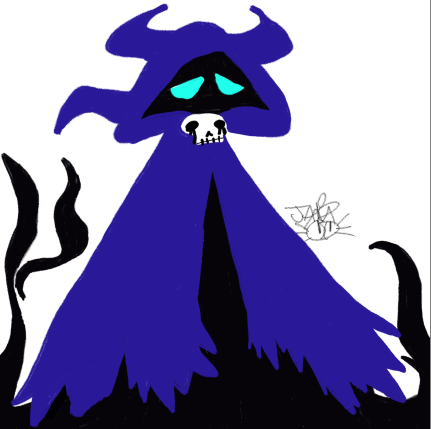 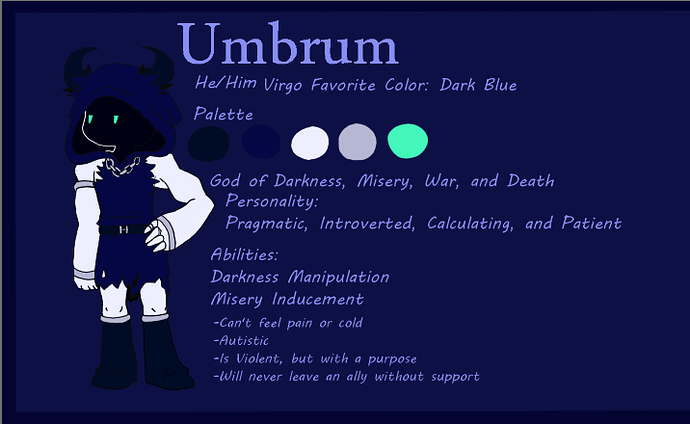 He will be fun to draw, I guarantee it!

I just noticed I misspelled the age, 22 is a bit young for an engineer lol, I edited, sorry

Sloooowly getting through these lol, sorry. Here’s your ghosty Grey! Let me know if I messed up anything. 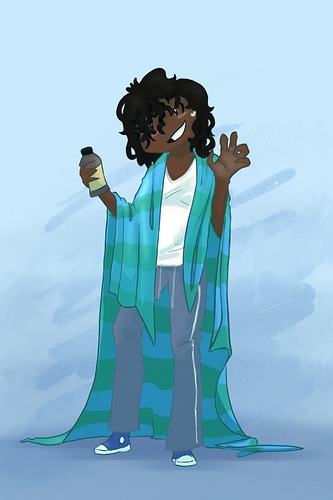 Will you be doing a second round of these after you finish your first batch? I love your art and would love to request from you

Thanks! And yeah, for sure! Just don’t know when that’ll be, haha.

I audibly suckedi n my breath when i saw this. It’s amazing, it captures her so well!

Wow. Thanks. so much.